The WWE 2K19 release date is October 5 for the PC, PS4, and Xbox One and in the run up to this, Gadgets 360 had a chance to check out a close to final build of the game on a PS4 Pro at a preview event in Mumbai earlier this week. And while publisher 2K Games loves to talk up what's new and different with each WWE 2K entry — such as WWE 2K19's Towers mode that borrows from Mortal Kombat's Challenge Towers and an enhanced creator suite — the biggest changes also happen to be the most obvious: visuals and gameplay.

First up, the menus in WWE 2K19 have got a complete overhaul. They sport a simple grey and white theme with splashes of colour when you're selecting your choice of wrestler. It's a welcome change from the usual garish palette of past games and leaves no room for confusion with respect to which mode, wrestler, or stadium you've selected which could happen in past games.

As for matches themselves, there's a remarkable improvement in WWE 2K19's presentation. For example, the crowd in the arena features more unique faces as compared to last year's game. It's a neat touch compared to the cookie cutter audiences we've seen previously.

This extends to all the wrestlers too. In WWE 2K18 we noted that not all wrestler models had the same level of visual consistency. Some, like The Undertaker and Ultimate Warrior had weird hair animations and looked like rough approximations instead of accurate representations. However in WWE 2K19, every wrestler looks highly detailed and animates accurately as well. From The Undertaker's ghostly appearance to The Rock's taunts in the squared circle, WWE 2K19's presentation is a dramatic step up. 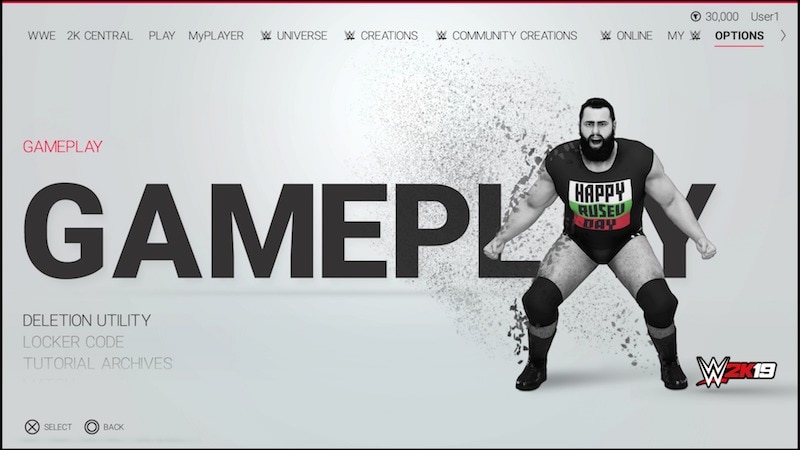 For most part, WWE 2K19's frame rate seemed to be pretty smooth and it has a rather obvious impact on gameplay. Whether you're slipping into the ring, taking a chair to an opponent's head or simply beating them into a pulp, every action just feels more immediate and impactful as compared to prior games. Couple this with camera angles that zoom in during high octane moments — like Stone Cold pulling off his signature stunner — and you have encounters that feel more dramatic than before, in-line with their TV counterparts.

Although the controls of WWE 2K19 will be familiar to anyone who has played the older titles, there's an added element to the proceedings called Payback. Before a match begins, you can select two Payback moves out of eight. These include automatically recovering from fatal attacks, punching a foe with brass knuckles, calling in another wrestler to interfere, or spitting at an opponent, among others.

In a match, if you take enough damage, you'll be able to use one of these two moves that could bring you back into the game. These Payback options turned the tide in two of our encounters, allowing us to come back from surefire losses and turning them into unlikely victories with timely interference from other wrestlers. 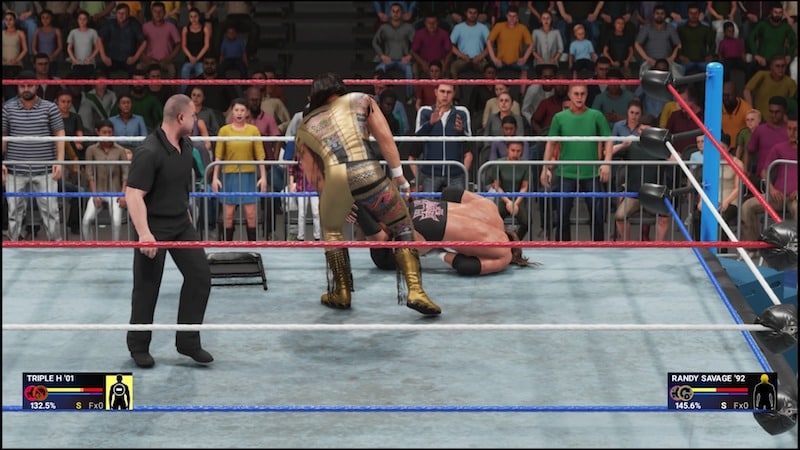 Furthermore, there are modifiers to keep each fight interesting. These include big-head mode, which, as the term suggests, gives every wrestler in a match a supersized crown and filters that give the game a cel-shaded look.

As it stands, WWE 2K19 seems to make giant strides over its predecessors in crucial areas that players care about. With a wealth of gameplay options and the Payback mechanic it will be interesting to see how all of it comes together when the full game is finally out. It could very well be the best entry in the franchise in a long time.