WWE 2K18, aside from featuring new visuals and technical enhancements that we covered in our preview, is also getting a new game mode. Called Road to Glory, it mimics the pay-per-view schedule of the show. Syncing real-world events with what happens in-game is a first for the series and Gadgets 360 spoke to Mark Little, Executive Producer at WWE 2K18 developer Visual Concepts to find out more.

On the surface, an addition like Road to Glory seems rather obvious, what with franchises like FIFA allowing for real-world performances to impact in-game statistics in certain modes. With 2K Sports publishing WWE games since WWE 2K14, you'd think it would have been added earlier. However, according to Little, it's not that simple.

“You have to lay the groundwork before you can do some cool new features right? For the last couple of years, we've been spending time in improving the creation suite, working on gameplay improvements, you have to remember, we didn't have a career experience earlier. That's a relatively new feature set to the game as well,” Little says. “This is one of the modes we've been talking about internally for a while and this year was the right year for us to pull the trigger and build it out for our fanbase so we're super excited to have people to play along with the real WWE schedule in the new Road to Glory mode.”

And while Visual Concepts claims to be focussed on its fans, Road to Glory doesn’t include local events that WWE does the world over. For now, it’s all about the core pay-per-view schedule.

“That's something we've talked about, it creates a bit of chaos in the schedule which is because the WWE has so many events. They keep announcing more. We spend a lot of time talking with the WWE so we get a bit of a heads up on some of the stuff,” Little says.

“For the first year we're going with the main pay-per-view schedule and try to solidify the mode and experience, this is a mode that we're going to keep working on throughout the year, we know we have unique parts that are rewards [in the form of in-game cosmetic items]for winning pay-per-view events at each pay-per-view, it's something that you can get new content [with new challenges and match ups] too."

With that, we wondered if Road to Glory could end up being a standalone game for the WWE series. For now, Little believes “ it makes sense to have tied to the main product” hinting that future plans for this mode “will make sense in the long run.”

Why do wrestlers always complain about their ratings?

Moving on to the games themselves, we’ve had several wrestlers complain about their rating in past games. It made us wonder how Visual Concepts goes about designing its rating systems.

“For one, I never let them meet my lead gameplay designer so they can't attack him,” Little jokes. “Last year I literally sat across from the [Big] Show and have him cut a promo on me for about 20 minutes about his rating in the game."

"But in all seriousness, the strategy is kind of simple. We look at what they're doing on programming today, you take someone like the Big Show who has had a long career and performed in many different ways in his WWE career. If we're talking about him 15 years ago, his ratings would be very different versus Big Show that we see today,” he explains.

“We set up the ratings, skills, and abilities on the current roster so that they would play just like you'd see on the show today. Right now, Big Show isn't the dominant force. He's losing to other people that normally 10 years ago he wouldn't have lost to, as a result we adjust his rating down."

With that mind as well as making the games replicate the disparity in matches seen on TV, there would be a difference in wrestler ratings.

“Obviously, every WWE superstar wants to be a 99. That isn't the way it works. We need to have a balance of guys in the 90s and guys in the 70s so just as you see in programming, there is a disparity in skill level and winningness in our game as well,” Little reveals. “Because you'd want those sort of unbalanced match-ups to happen. You want a top card guy to be able to beat a bottom card guy even if in real life they're all very strong, talented athletes.” 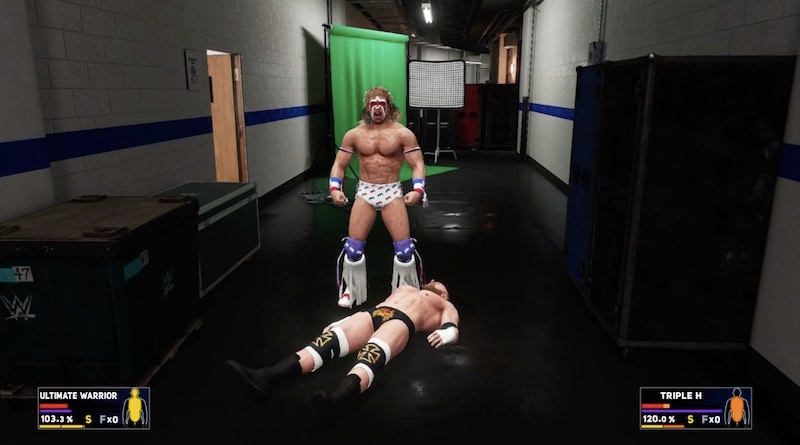 On the topic of strong and talented athletes, we wondered if the game’s inclusion of micro-transactions in the form of boosts to increase wrestler stats like stamina and speed would result in an unbalanced game that favours those who spend the most money in WWE 2K18. Little was quick to point out that micro-transactions were restricted to the Road to Glory mode and more importantly, depend on VC, the in-game currency that cannot be bought with real world- money. As for their inclusion in game, he had this to say.

“It's not super overpowering but its something to help you out along the way," says Little. "So maybe as you're building your wrestler you didn't focus on your stamina or speed enough, while maybe you add boosts to help you with stamina and speed until you can up those ratings,” he says. “None of them are so overpowered that you become a 120-rated guy. It’s still capped on your fighting style, there are still limits that we've put under the hood that you as a player know about, like your guy can only get to this rating in this category. We don't go above those. It doesn't break anything but let’s say early on, you might be the equivalent of a 73 rated guy even if you maxed out all your boost slots maybe you get to a 75 or 76.”

As noble as it sounds, it would be interesting to see if publisher 2K sports stick to this notion. More so when considering its parent company Take-Two has seen a windfall thanks to micro-transactions in titles like GTA V and NBA 2K18.

Nonetheless, another hot-button topic is cross-platform play. During E3 2017 Microsoft announced Minecraft players could play with each other regardless of platform, with the exception of those on Sony’s consoles. 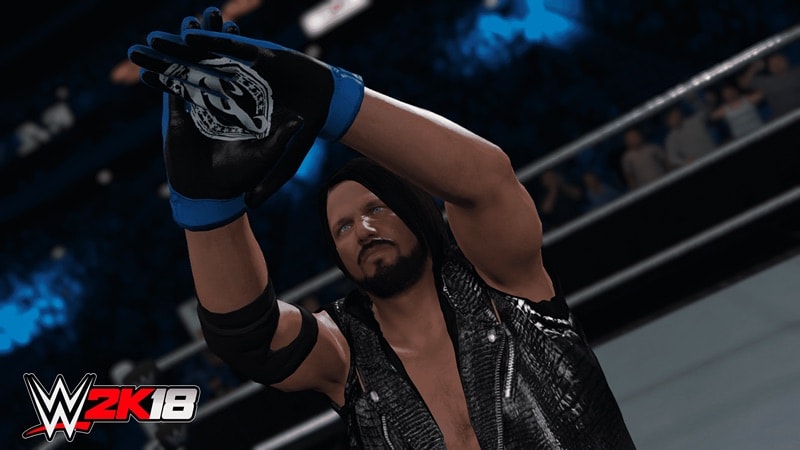 Will cross-platform play become a reality?
Furthermore, Fortnite from Epic Games has the functionality built in, which for a brief period, allowed PS4 and Xbox One owners to play with each other. A game like WWE 2K18 would benefit immensely from cross-platform play.

“You should call Microsoft and Sony. And Nintendo I guess. I mean, it's something everybody has been asking for. Obviously, first party [console manufacturers] hinted at it for a little bit for a little while there. And then went quiet on it. Something we asked them about all the time what their plans are and if there are any plans. Usually, we don't get many answers back,” he admits, suggesting that its a lot more complicated than flipping a switch.

“I can only imagine the complexities of those conversations between the two [Sony and Microsoft] and some of those of complexities come in the areas of stuff like purchasable content and if ‘we allow cross-platform play, what does it mean to purchase on one platform and play it on the other.’ So there's a lot of really complicated issues. It's not our problem. It's on the first-party side. There's a lot of interesting things they need to figure out as first-parties that has nothing to do with us. Once they figure it out we'll figure out what our plan is,” he says.

So it appears that one of the stumbling blocks appears to be the commercial aspect of cross-platform play - what if one is playing with a certain in-app purchase or a certain transaction, season pass for that matter, would that impact everyone else on other platforms? Little believes so.

“I would assume so. These are things that I know if I was them I'd have to think about, they're very complicated. It gets into all sorts of crazy, crazy terms of service problems as well. What happens if one service's server is down and not the other? It seems that on the surface it should be ‘oh why don't we let it happen Sony and Microsoft?’ but when you actually sit down and know how the insides of these things work and all the legal behind games - and there's a lot more legal behind games than people understand, it gets a lot more complicated,” he says.

Could we see WWE 2K18 or any future WWE games adopt cross-platform play the moment Sony and Microsoft come to an agreement? While Little did not say the functionality is ready he did allude to it being a serious consideration.

“Once they come to an agreement, if they ever do, we'll look to see what we can do. I know the fans would love it. We like doing things fans like so we're champions for them most of the time.”

WWE 2K18 is out on October 13 for the PS4, Xbox One, and PC for those pre-ordering the WWE 2K18 Deluxe Edition. Standard edition customers can play the game from October 17 and Nintendo Switch version will release later on in the year. Stay tuned to Gadgets 360 for a full review.