Within the next big update for Windows 10 – nicknamed Creators Update by Microsoft – that’s now rolling out to everyone, one of the highlight features is called Game Mode. It’s meant to do exactly what it sounds – offer a better experience for your games. The fact that Microsoft has control over all the system’s core elements should mean it would be a game-changer.

That’s easier said than done, though. From the time we’ve spent with the latest available build of Windows 10 aka the Creators Update, the results appear far from conclusive. Before we dive into that, let’s take you through the gaming options at hand in the Windows 10 Creators Update.

With PC sales declining across the board, Microsoft has committed itself to making Windows the best platform for games. That includes Xbox Play Anywhere, a cross-buy programme for select titles, and game streaming with Xbox One, which allows you to stream Xbox titles to a Windows 10 PC.

In the new Creators Update, gaming is gaining even more prominence with a dedicated section in Windows 10 Settings, which was earlier embedded deep in the Xbox app. There are four sub-sections inside the new Gaming panel – Game bar, Game DVR, Broadcasting, and Game Mode. 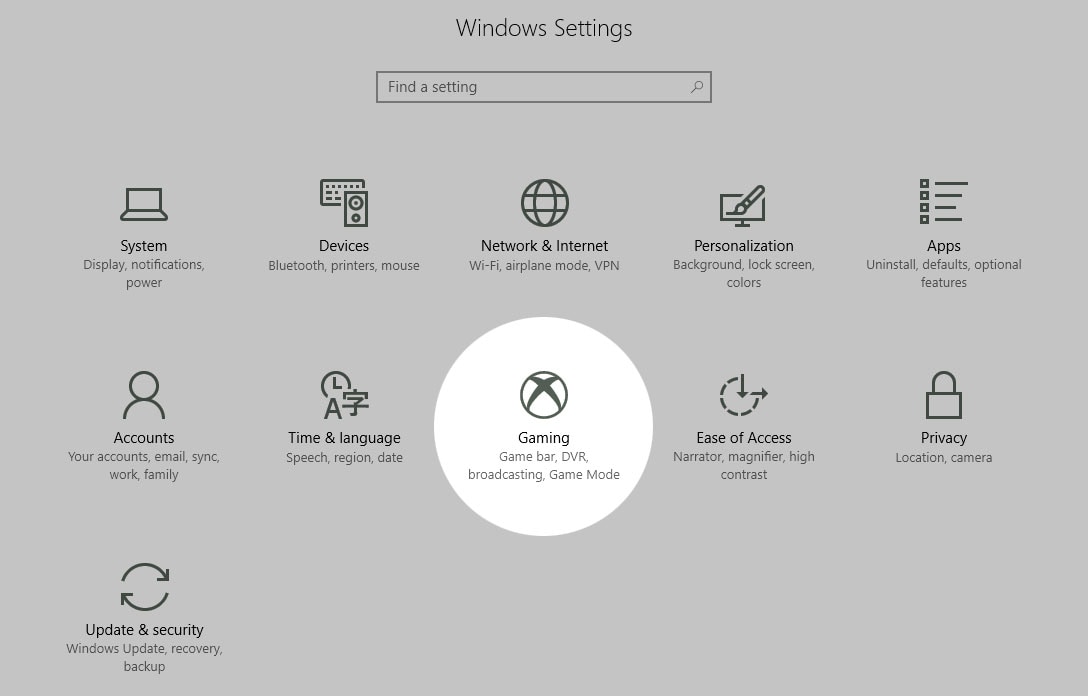 The last two are new to Windows 10 Creators Update, while the first two get a facelift with additional features. You can now bring up the Game bar with a press of the Xbox button on your gamepad, in addition to the existing Windows key + G combination. If you don’t want it to show up in your games, you can turn it off from Settings > Gaming.

The new Game bar retains the same look, with more options and a different colour. Record that is one of those new options. It allows you to capture a fascinating game moment you witnessed in the last few minutes, just like Instant Replay in Nvidia’s GeForce Experience. That does mean you’ll need to keep background recording enabled in the Game DVR section.

Also new to Game DVR is the option to turn off auto-recording if your laptop isn’t plugged in, or if you’re using a wireless screen. Options to set audio and video quality are standard as before.

That brings us to the first of two new features in the Creators Update: Game Mode. Unlike GeForce Experience, Game Mode doesn’t tweak any in-game settings. Instead, it prioritises gaming when allocating your PC’s resources, to keep things like Google Chrome or Windows Update from getting in the way.

Plenty of third-party applications claim to do this as well, but theoretically, Microsoft should be able to do more since the feature is built directly into the OS. Before you can use it with any of your games, you need to turn it on from Settings. There is just a single option in the Game Mode panel currently, and that’s a toggle for Use Game Mode.

Once you’ve done that, launch your game of choice. If Microsoft prompts you to open the Game bar by pressing Windows key + G, that means the game is compatible with Game Mode. Microsoft is still rolling out support for additional titles, so not all games – for example, Mass Effect: Andromeda – can make use of it just yet.

We tested a total of six popular games – FIFA 17, Forza Horizon 3, Mirror’s Edge Catalyst, Rocket League, Rise of the Tomb Raider, and The Witcher 3 – with Windows 10 Creators Update's Game Mode both turned off, and on. Our test rig consisted of the following:

The same thing happened with The Witcher 3 as well, during the game’s initial combat tutorial with preset detail level ‘High’. With Game Mode off, the average output was 67fps, and 65fps when it was flicked on. That’s not what you’d expect out of a tool promising “most consistent” performance.

Thankfully, the trend reversed with other titles. On Mirror’s Edge Catalyst, during a routine indoor mission, we got 77fps with Windows 10 Creators Update's Game Mode off, and 87fps when on – with overall quality set to ‘Ultra’.

With Rocket League, we made sure to test with the same arena, since the number of objects to be rendered can change substantially otherwise. Testing on the highest available preset, keeping Game Mode off handed down performance of 130fps, while turning it on took it up to marginal improvement, at an average of 134fps.

On Rise of the Tomb Raider, we ratcheted up the video quality beyond the graphics card’s capabilities to see if Game Mode could make a difference in more demanding conditions. With Game Mode off, average performance was 24fps. Turning it on didn’t change much, we’re afraid – 28fps, in a similar environment. We also used the game’s benchmarking tool in conjunction with Windows 10 Creators Update's Game Mode – 41fps when off, and 40fps when on.

Being a UWP app, Forza Horizon 3 didn’t work with our FPS benchmark tool, Fraps. But from what we noticed, the game was more consistently in the late 60s and 70s (in terms of fps) when Game Mode was turned on. Without Game Mode, there was more fluctuation, between 50fps and 80fps. Microsoft has said that the higher control it has over UWP should reap better results with Game Mode. 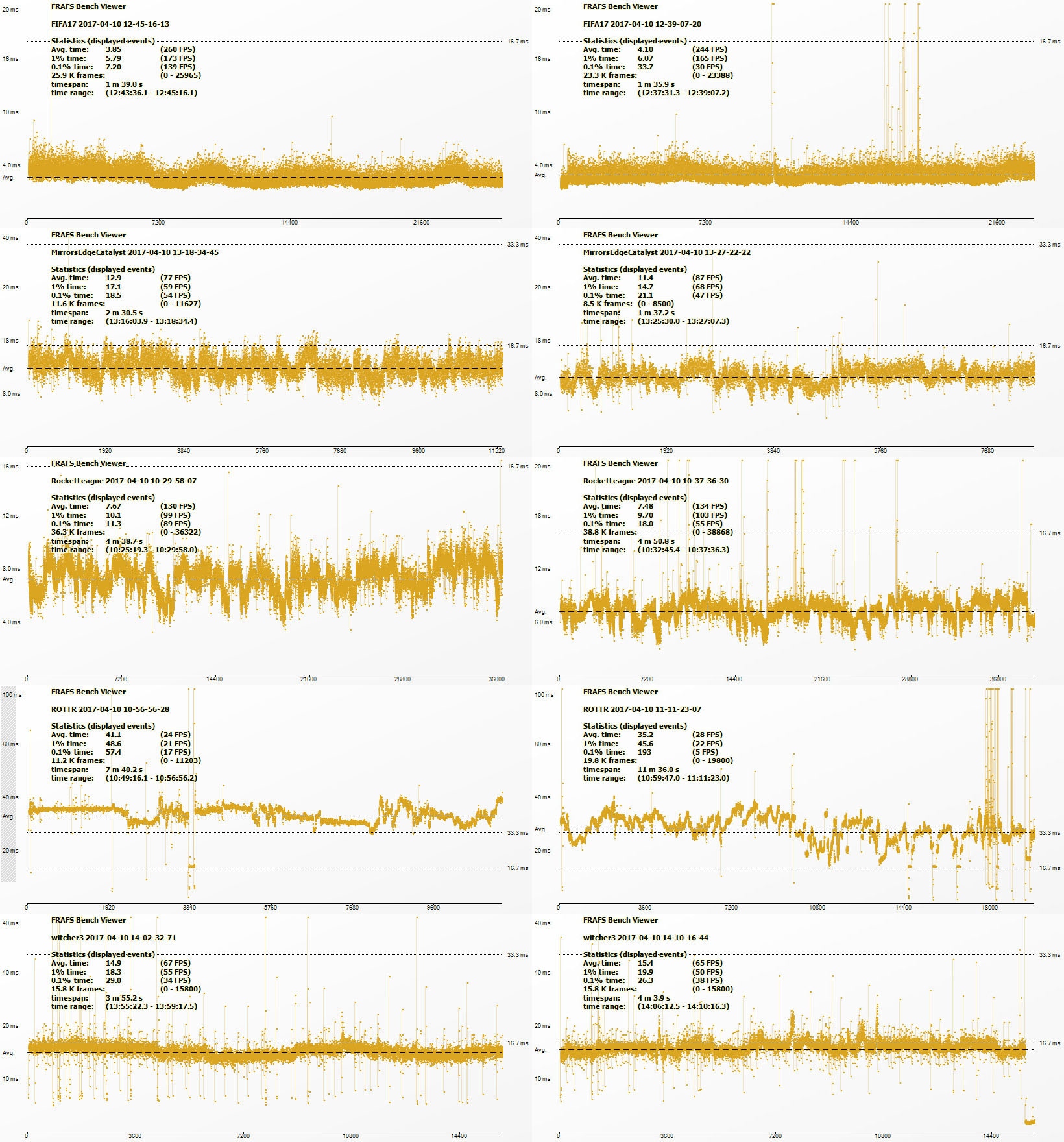 The other big addition to the realm of gaming for the Creators Update is live-streaming via Beam. Microsoft is calling it Broadcasting in the new update. It’s meant to serve as a rival to the likes of Twitch, than say Nvidia’s share function, which lets you stream to your platform of choice – be it YouTube, Facebook, or Twitch itself.

Broadcasting in Windows 10 Creators Update can’t be turned off entirely, but you can control whether game/ microphone audio is recorded, and whether your webcam is used as part of the video. There’s also an option to make the mouse cursor visible during broadcast, handy for those Let’s Play tutorial videos.

To broadcast via Beam, launch a compatible game and then open Game bar with Windows key + G, or the Xbox button on your gamepad. The first time you choose it from the available options, Microsoft will ask you to agree to terms of use. After that, you’ll get a broadcast setup screen, which allows you to give a title to your stream, decide if you want camera/ mic on (you can change this during the stream too), and more. Click Start broadcast, and you should be live.

All your broadcasts will reside under your Xbox Live handle, and appear to your Xbox friends in their activity feed. Microsoft’s insistence to pitch Beam as a platform, rather than a gateway to your existing social circles, doesn’t seem like a good decision.

We couldn’t test the feature because it kept throwing us an error, without giving even details as to what the problem was. That was quite frustrating, as you can’t solve it if Microsoft won’t tell you what’s wrong. Hopefully, the kinks will be ironed out with the Creators Update going live to millions and millions of Windows 10 users around the world.

Is the Windows 10 Creators Update worth it for gamers?
That’s obviously the most important question with the new features. Microsoft may have placed bigger emphasis with gaming in respect to the Windows 10 Creators Update, but there doesn’t seem to be justifiable improvement. Sure, better resource allocation isn’t the same thing as playing with the in-game settings, but there’s no reason for the performance to degrade.

Game Mode can do much better, as things stand. For one, Microsoft isn’t being clear with what it even does. Letting people know how they can get the most out of it would be a good starting point. You get a console for no-hassle gaming, and PCs for the customisation and flexibility. It’d be good if Microsoft at least acknowledged that.

For what it’s worth, Creators Update is just the beginning for Game Mode in Windows 10. If Microsoft is truly committed, we should see improvements over the long run.

Further reading: Windows 10, Windows 10 Creators Update, Windows 10 Game Mode, PC Gaming, Beam
Akhil Arora Email Akhil Akhil Arora covers entertainment for Gadgets 360, interviewing stars such as Christian Bale and Anurag Kashyap, covering series premieres, product and service launches across the globe, and looking at American blockbusters and Indian dramas from a global socio-political and feminist perspective. As a Rotten Tomatoes-certified film critic, Akhil has reviewed over 150 movies and TV shows in over half a decade at Gadgets 360. When he is not completely caught up with new film and TV releases, Akhil ...More
How ClearTax Is Trying to Evolve Beyond Tax Returns