Why Ghost Recon Wildlands Is Ubisoft’s Most Ambitious Game Yet

The Ghost Recon franchise, along with Prince of Persia, has been one of Ubisoft’s mainstays through the late 90s and early 2000s. Of late though, it ceded the spotlight to the likes of Assassin’s Creed, and Watch Dogs.

But now, the tactical shooter is making a comeback. Ghost Recon Wildlands comes complete with what seems to be a mandatory requirement for many a big budget PC and console game — an open-world. Though our initial impressions were lukewarm, there appears to be more to Ghost Recon Wildlands than meets the eye. Gadgets 360 spoke to Dominic Butler, Lead Game Designer at Ubisoft Paris to find out more.

One crucial element that struck us about Ghost Recon Wildlands is that it’s a military shooter with a massive open-world, and four player co-operative play. Furthermore, there’s attention to detail in terms of story and world-building. It appears to be a game that’s trying to appeal to every major gaming audience. This made us wonder what the design challenges were that Ubisoft Paris faced while creating missions within this sprawling framework.

For Butler, the answer lies in its flexibility. The team had to ensure the game’s narrative and gameplay were in sync to the point where different approaches to a mission — be it pure stealth, guns blazing, or a combination of both — have to be accommodated. Also, the equipment, environment, and the number of people you’re playing a mission with, all impact the experience too, says Butler. It resulted in a mission design that is focussed on achieving objectives.

“What this meant in terms of the way we approach the design, especially within the mission design, is that it is a lot more goal-focused," he explains. "Then, the players add their own story in how they complete that.”

“So in a very simple tip-line way, you could say for example: 'Okay, there is a guy in this camp and he needs to be extracted to this rally point because we need to question him'," Butler adds. "He is a low level boss, let's say, so he is going to have his own security, maybe the cartel are actually questioning him themselves because they are questioning his loyalty. Regardless, the overall goal is 'get the guy to this rally point'."

That's all the guidance you get, and how you do that is completely up to you. "I think that was the biggest shift for us because we had come from a place of wanting to tell this compelling story not just narratively but also through game play,” he says.

This is completely at odds with how previous Ghost Recon games and other open-world games were designed at Ubisoft, he tells us. 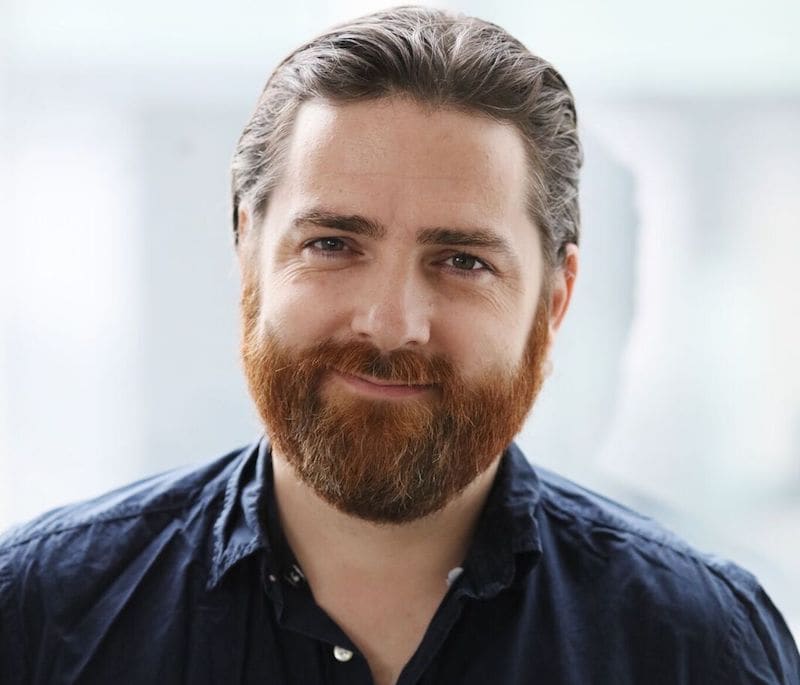 “When we designed previous Ghost Recon games or other open world games, we would set it up with... okay, this is the night mission where we go in and it’s going to be raining, night vision, lots of spotlights, we are going to do a helicopter jump and we going to drop in low, take out the snipers, do this and this," he explains. "Eventually, get the guy in a big exciting chase. Then, another mission would be, a big explosive one, where you just use grenade launchers leaning out of the window, attack helicopters. Lots of explosions."

In Ghost Recon Wildlands, the focus is on cramming in as much as possible.

“With this game, every mission is all of those things and everything in between, where you say, 'here's the goal, and how do you want to play it'," adds Butler. "Now bear in mind, the world is going to react to the way that you play and that's where the fun comes from the player's point of view.”

Butler admits that this raised concerns that the mission's dynamic would change dramatically, depending on the way you approached it and the decisions you take.

“I am not going to lie to you, it was really scary at the beginning. We were concerned we had bitten off more than we could chew," he says. "In the end, we stuck to it because we believed that it was a game that we wanted to play. We believed we could do it and we are very happy with the result.”

While the game appears to be chock-full of systems — from player customisation to weapon modifications and even a skill tree akin to the likes of Diablo 3, one point of interest is the game’s faction system. 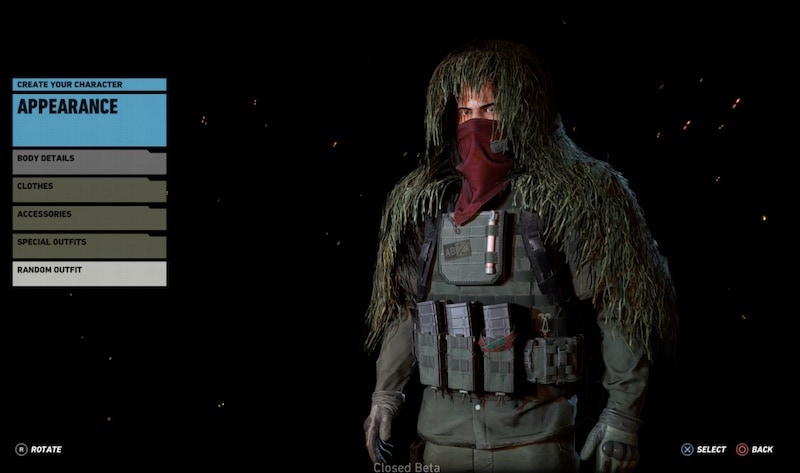 Although the other systems and how they impact the game could be gauged easily, that’s not quite the case with the faction system. The Bolivia of Ghost Recon Wildlands is home to three different groups — an underpowered rebel militia, a corrupt government military called Unidad, and the Santa Blanca Cartel, which has turned the country into a narco state.

Depending on how you play, you could influence the game world in the medium and long term. That's something we've come to expect from games, whether in the binary outcomes of Mass Effect, or the shades of grey in Deus Ex: Mankind Divided, or the blink-and-you-miss opportunities in Metro: Last Light. In Ghost Recon Wildlands, it veers towards the complicated, albeit not difficult to understand.

“As they will engage the player as well, you can have three-way faction fights going on depending on how missions play out," says Butler. "It also depends on what's going on in the world as well, because sometimes you didn't necessarily anticipate that Unidad helicopter that was coming over the hill, you weren't paying attention and then now there is an attack helicopter that is also getting involved in the fight.”

In other cases, the impact is a little less immediate and works over an extended period of play. Early on, you’ll be able to support the rebellion group through a host of missions. Doing so allows you access to certain perks such as being able to call in mortar strikes or back up in a firefight.

“That's a very, 'you help me and I'll help you back' thing. It is good for the player to see there is cause and effect,” says Butler. “These guys will spontaneously and systemically engage the other factions just because they are fighting that war. And so, even though you are doing an action to get a direct response in terms of supporting them in this case, you are also changing the topography, you are changing the world systems and you are having a more longer term effect where you are going to see these guys more present in the world, even when you are not calling them in. You are just going see the world changing subtly around you.” 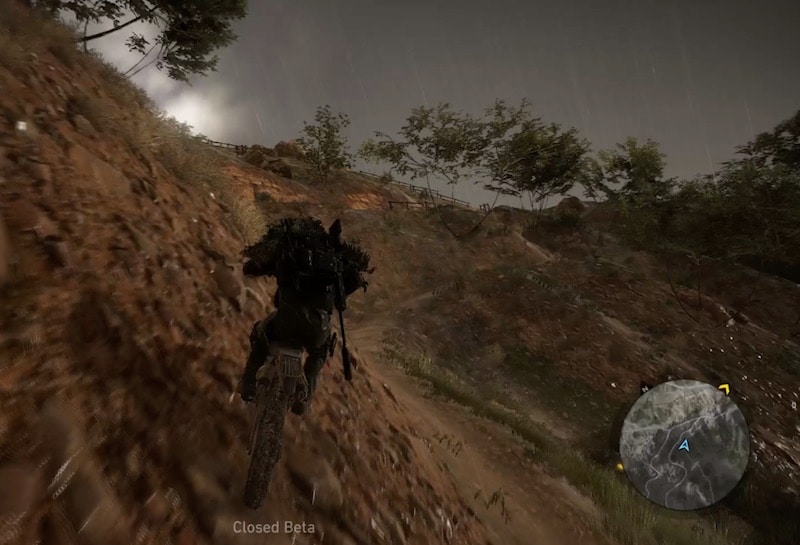 There are indirect effects to this as well. Such as impacting minor details like in-game traffic.

“For example, the traffic and events systems are informed by how you deal with the factions,” says Butler. “So, if you are supporting the rebellion, you will see rebellions starting to swell in those systems, more rebels in passing traffic and more rebels generally in events.”

It seems that player decisions and gameplay have a greater impact on the events in Ghost Recon Wildlands. But what of its story? At the close of its first beta, Ubisoft announced that Hollywood tier talents Don Winslow and Shane Salerno penned the script for the game. The duo are known for their work on drug cartels. Winslow wrote 2015’s The Cartel, a novel that’s being adapted into a movie directed by Ridley Scott, with Salerno penning the script. This has resulted in a vibrant cast of characters, some of whom we encountered in the preview.

That sounds like a welcome touch in theory, but we had to ask the effort would be lost in the clutter, what with an emphasis of emergent gameplay, systemic design, and user-created experiences. Early feedback indicates that’s not the case, Butler tells us.

“What we found in our play tests, done both internally and externally, is that there is a point where you are progressing through missions, looking for enough intel to go after the province boss, but when they have enough, players will still continue to dig out information just because they want to find out more background info, they find it compelling," he says. "They want to find out what makes this person tick and so for us, it's a big success. For sure, it is a gamble at the start of the process but I think we are very happy with the way it's turned out.”

Ghost Recon Wildlands is out on March 7 for the PS4, Xbox One, and PC. Will it live up to the hype? Stay tuned for our full review soon.