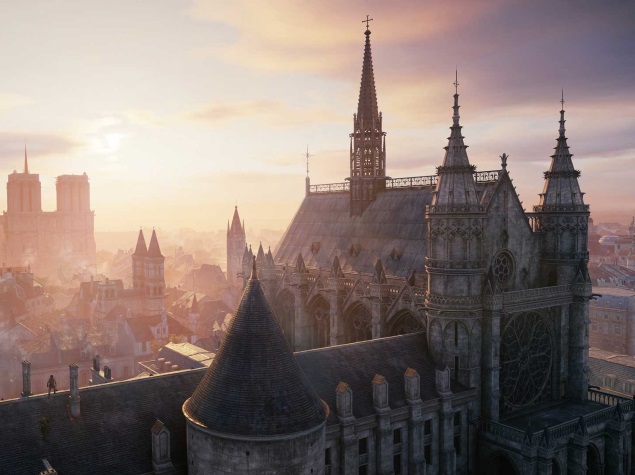 At the beginning of "Call of Duty: Advanced Warfare," the recently released instalment in Activision's blockbuster military shooter franchise, the player is dumped from the sky in a drop pod onto an urban battlefield, smashing into skyscrapers and landing in a futuristic, war-torn rendition of a city that's rarely depicted in video games: Seoul, South Korea.

It's a "Wizard of Oz" moment for the "Call of Duty" series.

The interactive medium has long built digital playgrounds based on real-world locales. However, recent technological leaps, as well as an endless string of games set in ubiquitous locations like New York and Los Angeles, have motivated developers of some of the year's biggest and most anticipated games to boldly go where they haven't before.

"I think designers are on the lookout for compelling places you want to be," said "Advanced Warfare" senior level designer Colin Munson. "It's fantasy fulfilment. That's probably why we always see New York and Los Angeles. We made it a concerted effort at the beginning of development to broaden our levels. Seoul was one of the first that came to mind."

Munson found that the city's sprawling shopping district seamlessly served as a shooting gallery, and Seoul's wide streets - normally a no-no in first-person shooter level design - made for the perfect spot to unleash a swarm of enemy drones 50 years in the future. (Ironically, video games are a national pastime in South Korea, but few ever take place there.) 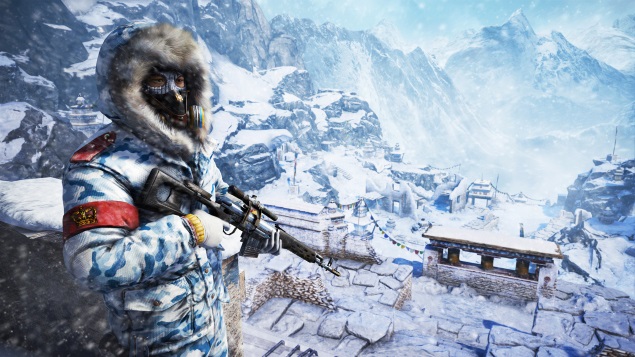 The only thing more challenging than forming a city in the future might be recreating one from the past.

After tackling such time periods and locales as the Third Crusade in the Middle East and the Golden Age of Piracy in the Caribbean, the next chapter of the time-hopping "Assassin's Creed" saga takes place during the French Revolution in Paris. The processing power of the PlayStation 4 and Xbox One consoles allowed designers to craft a massively dense City of Lights.

"Assassin's Creed: Unity" (Review) designers spent two years erecting a virtual Notre Dame - inside and out - to scale. That doesn't mean the Ubisoft game is an interactive history book. Despite the fact "Unity," out Tuesday, is set before the iconic cathedral's spire was built, it sits atop the game's Notre Dame. Likewise, Bastille is still standing when it would've been rubble.

"We're making art," said "Unity" level design director Nicolas Guerin. "It's not a historical simulation. We still want players to feel like they're in the Paris they've seen on a postcard or visited in person, but there's pressure - because many of the developers are French - to make sure that we render justice to the capitol of my country, as well as to history."

The pervasiveness of imagery and records online has made it both easier and more difficult for designers. The creators of the present-day open-world shoot-'em-up "Far Cry 4," scheduled for release Nov. 18, found a disconnect between what they glimpsed on their screens and what they experienced in person when visiting the country that inspired their sequel. 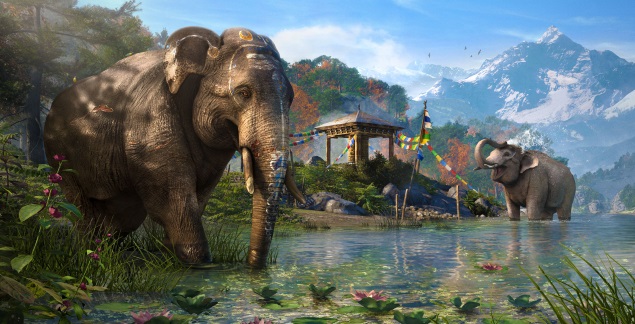 A team of "Far Cry 4" designers travelled to Nepal while fashioning Kyrat, a fictional nation in the Himalayas entrenched in a bullet-riddled revolt. The Ubisoft game's vistas mirror Nepal's lush forests that give way to snowy mountains. The more difficult balance to strike was creating a realm that felt fantastically realistic but wouldn't offend folks in the real world.

"We're inspired by the locations and cultures, but we don't directly reference it," said "Far Cry 4" narrative director Mark Thompson. "We did work early on to create a unique mythology and religion for Kyrat, borrowing from the themes and symbolism of Buddhism and Hinduism. At the end of the day, we're making a video game. It's about escapism and fun."