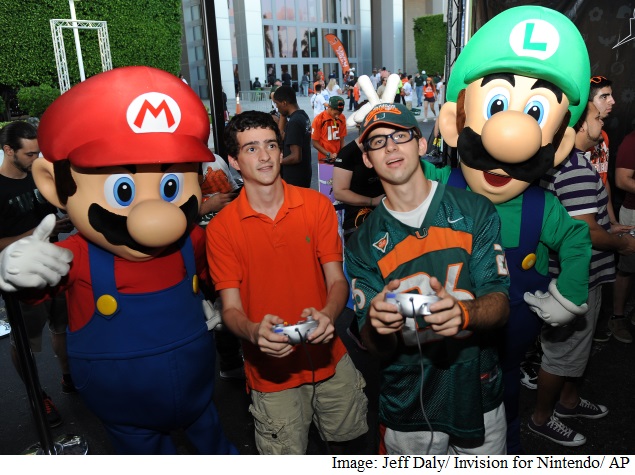 An increasingly diverse fan base is challenging the video game industry to shake off its "boys only" image and better reflect the demographics of its exploding ranks of players.

At the Game Developers Conference that ends in San Francisco on Friday, a hot-button topic was the treatment of women in the industry, with female game makers facing frequent vitriol by anonymous attackers.

"If you are marginalized in any way; if you speak up in defence of marginalized people or progressive representation... it is taken as a given that you probably have been harassed," game designer Elizabeth Sampat said during a GDC session on dealing with harassment in the industry.

Horrific misogynistic abuse of females within the sector has ignited a long-running debate over whether women are being accepted as equal partners in the industry.

During an ugly two-month saga last year that has become known as "GamerGate," threats of rape, murder and mutilation forced some women to flee their homes.

The touchpaper was lit when independent game developer Zoe Quinn's romance with a video game journalist became the subject of an angry online rant by her ex-boyfriend.

What appeared to begin as a campaign for better ethics in video game journalism, however, evolved into a fierce debate regarding sexism and racism in video games and the male-dominated industry that makes them.

Quinn became a target for hateful and threatening comments in online forums, ultimately prompting her to flee her home in fear for her life.

"If GamerGate was an atomic bomb, I was the person the bomb landed on," Quinn said as she took part in the session with Sampat.

"I could have been anybody; all it took was one ex-boyfriend."

Festering boil
An International Game Developers Association (IGDA) study last year indicated that 22 percent of those working in the industry are women while about 49 percent of players are female.

It was considered good news that the ranks of women game makers had risen from 15 percent five years earlier.

"There is an irrational fear that adding women to the team might be a problem," said IGDA executive director Kate Edwards.

"It is extremely frustrating," she continued. "There are a lot of women who are reconsidering even staying in the industry because they are tired of it."

While video games may be thought of as toys for boys, women players in the 30- to 40-something range outnumber male teenage gamers, according to the IGDA.

The rise of casual play on smartphones or tablets has resulted in mobile games like "Candy Crush," which was a hit with women, gaining popularity rivalling that of hard-core shooter titles.

She reasoned that anonymous online forums have been used as platforms for harassment by what seem to be young, male gamers afraid that women are somehow endangering their fantasy worlds.

Edwards depicted GamerGate as the bursting of a long-festering boil in the industry.

"It is not normal or rational behaviour," Edwards said. "I think it is the result of fear that a woman will show up and displace the games or community they like."

Blockbusters here to stay
She was convinced that blockbuster action games would always be around, and said that diversifying ranks of game makers was adding to the cornucopia of options, not subtracting.

"There is always going to be a space for the massive game, and there are people who will be happy playing a one-minute game on their phone," Edwards said.

There was hope that more women making games would result in more women playing and getting into the industry.

"There is still a lot of progress to be made, but every year it is getting better."