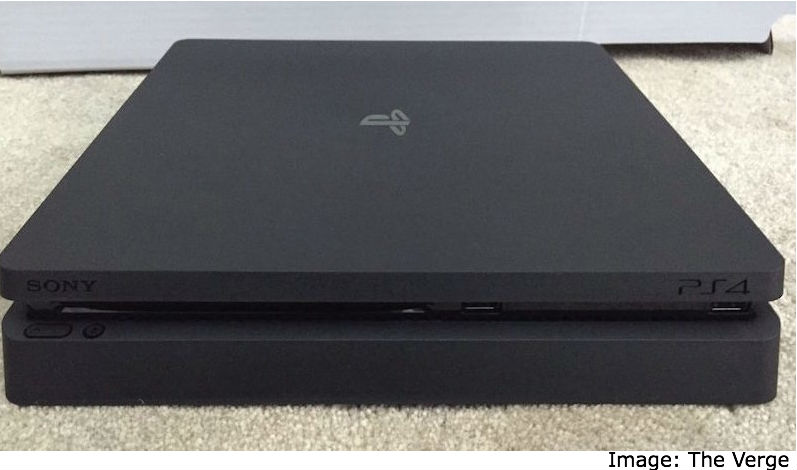 Highlights
If you were planning to give the gamers in your life new consoles before they head back to school, you may want to pump the brakes.

A report from the Wall Street Journal indicates that Sony will release two models of the PlayStation early next month: a high-end model with enhanced graphics and a new version of the console's standard model. The Verge has also published images of a slimmer console with PlayStation 4 branding from someone claiming to have the new device. On forums at the gaming site NeoGAF, others have posted similar photos claiming to show a new PlayStation model.

Sony did not immediately respond to a request for comment on the rumors. The company had confirmed that it is working on an updated PlayStation, codenamed Project Neo. But the Journal's report is the first hint that the firm is planning two models for the near future.

It's not clear whether the pictures published by the Verge and on the forums are two separate models. It's also unclear whether either is the Project Neo model. But if Sony does as the Journal story suggests and releases two models, it will be using the same game plan as its arch-rival in the gaming world, Microsoft.

Both the PlayStation 4 and Xbox One first hit the market in 2013 -- just three years ago. Usually, these companies have waited at least five years to release new hardware. The shorter lull between completely new models could anger some customers who dropped up to $400 on a brand-new console a few years ago.

For Sony and Microsoft, however, new models give both firms an opportunity to capitalize on technologies that have become more mainstream in the past few years. For example, the Xbox One S is compatible with 4K video, which offers a super high-resolution picture; Scorpio will support full-4K gaming. And Neo is also rumored to be 4K compatible, though Sony has not offered many more details ahead of the console's launch.

Offering devices that can stream 4K video is crucial for Sony and Microsoft. The general market for gaming has grown in the past few years, and both companies have been trying to capitalize on a larger potential audience by promoting their consoles as a valuable entertainment device for the whole family, rather than only hardcore video game players. This effort has included supporting and starting streaming video services of their own.

Both new consoles are also expected to provide a higher-quality experience for virtual reality, which has drawn the interest of game developers and is expected to be a main focus for the next chapter of gaming.