With the launch of the Xbox One, PlayStation 4 and Wii U in the video game industry's rearview mirror, the spotlight at this week's Electronic Entertainment Expo in Los Angeles is expected to shift back to games. From online-only titles to virtual reality experiences, about 200 exhibitors will hype their latest software in hopes of becoming The Next Big Thing. A sampling:

Saying sorry: A few apologies might be issued to E3 crowds, like Microsoft for backtracking on required features for the Xbox One, Electronic Arts for botching last year's "Battlefield 4" launch, Nintendo for again dialing back its E3 presence after stumbling with the Wii U and far too many publishers to name here for delaying titles originally set for release this year to 2015. 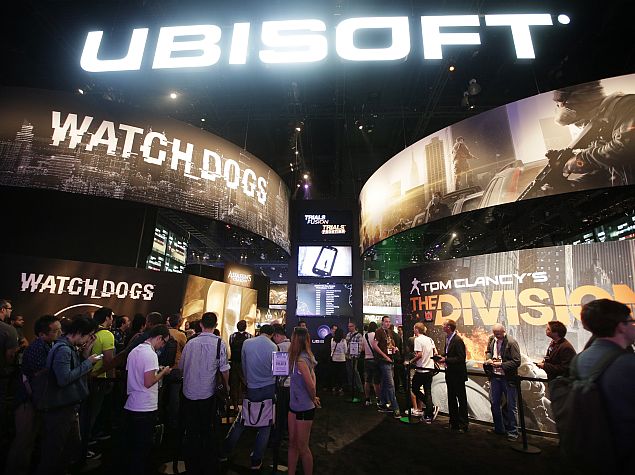 Reality check: The prospect of virtual reality in the living room probably isn't quite ready for prime time, but that won't stop VR from being buzzed about across the Los Angeles Convention Center this week. A few developers, including "Words With Friends" co-creator Paul Bettner, will be showing off games created for the Oculus Rift and Project Morpheus headsets.

Return of the jedi: EA, which announced an exclusive deal last year with Disney to produce "Star Wars" games for the next 10 years, will detail DICE's intergalactic adventure "Star Wars: Battlefront" during its E3 presentation on Monday, and the company might tease other "Star Wars" games, including one that's currently being crafted by its Visceral Games studio.

Rinse and repeat: Despite the boost in non-sequels at this year's E3, a slew of follow-ups are scheduled to be promoted on the show floor, such as new installments of "The Sims," ''Halo," ''Call of Duty," ''Far Cry," ''Metal Gear Solid," ''Assassin's Creed" and "Super Smash Bros." If past shows are any indication, more sequels will be revealed for the first time at E3.

Other prospects: Microsoft could introduce its own virtual reality headset; Sony might unveil an "Uncharted" or "God of War" game for the PS4; Nintendo may tease a "Legend of Zelda" for the Wii U and a "Skylanders"-like toy-game line; and Team Ico's "The Last Guardian," a game originally teased at E3 2009 but never released, could finally receive a release date. Or not.