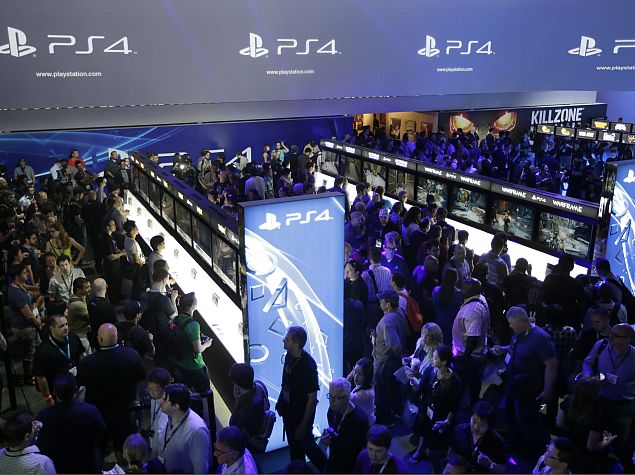 The E3 gaming expo officially gets underway only from Tuesday, but there were a lot of great events taking place as part of the run up to the actual event on Monday. You can check out all our E3 stories here, or jump straight to our round ups for Microsoft,Sony, Ubisoft and EA.

Meanwhile, if you just want a taste of all the action, here are our ten favourite game trailers from the show.

1. No Man's Sky
When No Man's Sky actually makes its debut on the PS4, it is possible that the game will disappoint. But a game where you can walk around on a planet's surface amongst giant dinosaurs, and then hop into a plane and start flying, keep going till you reach space, and then take part in a zero-gravity battle sounds very enticing.

2. Sunset Overdrive
This Xbox One exclusive looks amazing. The trailer starts with a jibe at cover shooters, and instead delivers a hilarious, cartoon experience that is a breath of fresh air. The actual gameplay looks amazing - jump to around the three minute mark and you'll see what we mean.

3. Assassin's Creed Unity
France looks beautiful, and seems like a great setting for this game. The buildings look real, and it's a setting that has a lot of potential. Thevideo below highlights how the co-p mode will work, and it looks amazing.

4. Uncharted 4: A Thief's End
Itwas no surprise to see Uncharted at E3, and the trailer (captured directly from a PS4) that was shown looked set to tell another engrossing story, but we do wish that there was some gameplay as well.

6. The Witcher 3: Wild Hunt
TheWitcher looks predictably great in this trailer, which shows some greatlooking action, with just about every kind of monster being sliced to pieces.

7. Crackdown for Xbox One
The first Crackdown was a stunning game which let you revel in the simple act of moving around the city, something the sequel couldn't deliver on.Crackdown for Xbox One Looks stunning, but that won't be enough. Hopefully the gameplay will recapture the anything goes over the top feeling of the first instalment.

8. Halo: The Master Chief Collection
Wheneverthe World (and sometimes just Microsoft) is in trouble, there's a hero we can turn to, called Master Chief. With updated versions of Halo: Combat Evolved, Halo 2, and also Halo 3 and Halo 4 on the same disc, there's no denying that this is an amazing buy. Plus, you also get access to the Halo 5 beta.

9. Abzu
Some of the developers at Giant Squid - the creators of Abzu - worked on Journey for Thatgamecompany, and this game does seem to evoke the same sense of exploration and wonder that Journey did. Set in exploring the ocean, the game looks amazing, though perhaps not for everyone.

10. Grim Fandano
This was easily one of the greatest games in the old adventure game genre. And so when Sony announced that a remake will be coming to the PS4 and the PS Vita? We all cheered.

What were your favourite moments from E3 2014 opening day?