The International 2018: The Pressure Is on With $25 Million Up for Grabs 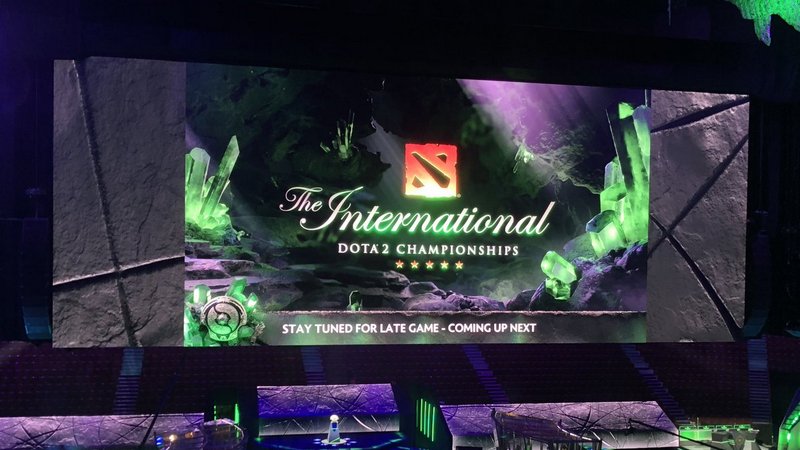 Imagine playing a video game in front of a packed arena, with hundreds of thousands watching at home and about $11 million on the line.

Competitors in Dota 2's major tournament, The International, are in the thick of this. Currently underway at Rogers Arena in Vancouver, home of the Canucks, the current total pot is just over $25 million (roughly Rs. 175 crores) - and growing, thanks to its crowdsourced origins.

Not many competitors, in sports or otherwise, have to perform with such a substantial amount of money at stake. For comparison, the entire purse for The Masters PGA tournament this year was $11 million (roughly Rs. 77 crores) and Patrick Reed's win was worth $1.98 million (roughly Rs. 13.9 crores).

Team Liquid has been a mainstay in the tournament and last year, they won their first title.

Unlike top-tier athletes in traditional sports, today's e-sports players were not groomed from a young age to be celebrities nor to compete in conditions that might rattle even the most experienced NFL quarterback or NBA point guard.

So what is it like for a player to be thrown into this kind of environment after a lifetime of gaming at home or in much smaller venues?

Lasse Aukusti "MATUMBAMAN" Urpalainen, 23, a player for Team Liquid, went through this gauntlet for the first time at 21, an experience he called "frightening."

"I was quite overwhelmed of the high pressure and couldn't perform well," he said in an email, adding that the tournament is something that teams prepare for the whole year.

"You can have excuses for bad performance during the year but TI is the final showdown to determine who is truly the best," he said.

Team manager Mohamed Morad said some of his players dealt with the pressures in different, though perhaps expected, ways such as listening to music or spending time by themselves, but that others, "Try to talk it out with me or [Team Captain] Kuro ["KuroKy" Salehi Takhasomi]."

Urpalainen credited visualisation techniques with helping him surmount the onslaught of pressure at The International.

"I personally imagine the upcoming moments beforehand so my brain is adjusted to the actual moment we play," he said.

These sort of mental and psychological techniques - talking it out and visualising success - have been used by many pro athletes. These tools deployed by e-sports players reflect some of the benefits that have been introduced by management as the industry has grown.

Last year was the first time that Team Liquid's Dota 2 players worked with a sports psychologist, according to team co-CEO and founder Victor Goossens.

For many years, they have also run a "boot camp," which in 2018 brought together their globally-dispersed players for a total of 35 days (start time: 2pm). It serves a purpose similar to a football team's two-a-days, except e-sports players put in at least 12 hours per day, and often many more.

Add in a full-time cook, separate rooms in hotels, booked flights and other life-easing touches, and it is clear that the players need only focus on gameplay during the weeks running up to the tournament.

"We do everything we can to facilitate their preparation," Goossens said. "Everything needs to be spot on so they can worry about one thing and one thing only."

All of which was worth it, in his mind.

"It's our biggest win, ever, by a long shot, and our organisations has been around 18 years," he said, crediting the roster assembly, player skill and leadership of his team's captain as key factors.

"It's hard to put it in words, you have to experience it yourself. I will never forget lifting the Aegis" of Champions, presented to the winners of The International, Urpalainen said.

In describing how the win felt, team manager Morad said, "The grind was finally over, all the pressure was gone. All the work we had put in for this one moment, it paid off. Basically emptiness."

Though no one with the team would reveal specifics, except to say the pot was split among eight parties (the five players, coach, manager, organisation), the players seem to have attained yet more of the benefits, and decisions, associated with their peers in traditional sports.

"Well, I started off consulting some experts about investments. I soon figured for myself if were to invest my money, I wanted to do it myself," Urpalainen said. "In January, I found a nice apartment in the heart of Helsinki and I have been really enjoying the change of scenery compared to my old place."

No team has ever repeated at The International, something Team Liquid hopes to achieve, even as members insisted it does not add pressure.

The team's focus is to maintain the feeling of hunger, "even though you just won [the] biggest thing on planet," Goossens said.

". . . I do think winning [the] second time will be a bigger challenge than the first," said Urpalainen, who was prescient as Team Liquid lost their Upper Bracket Semifinal match on Wednesday and must now battle it out in the Lower Bracket, complicating their route to the Grand Final.

"In the end it comes down to, will your players be able to perform on stage or not," Morad said.