We’ve seen Indian game studios embrace the PC over the years, and Mumbai-based Smash Game Studios is the latest to do so with The Last Train. It’s an alternate history survival game taking place during World War 2, hypothesising what would happen if Japan did have the means to retaliate after the bombing of Hiroshima and Nagasaki. You’re a train pilot charged with making stops to take in those seeking refuge across America.

The studio’s past efforts have been on Android and iOS, and The Last Train is its debut PC title. Currently on Indiegogo with a fund goal of $5,000 (roughly Rs. 3.2 lacs) it has reached $3,820 at time of writing this story. Gadgets 360 spoke to Hari Prasadh, Lead Creative Designer, Smash Game Studios to find out more.

“World War 2 games usually focus on the frontline soldiers like Call of Duty and Battlefield, we wanted to show a different perspective on things like how civilian lives are affected by the war," explains Prasadh. "We obviously promoted our game on Reddit and where the game dev community is to get feedback back and forth. It was very helpful. Twitter is a good tool as well. Every now and then when we have new art, we post it there to show what we have.”

Slated for release in the first half of 2018, Prasadh tells us The Last Train is currently in alpha - closed testing that's carried out before a proper beta test. Story and game mechanics are in place and at the end of its crowdfunding campaign the studio will begin the task of finalising the game’s art style.

“We're inspired by games like Papers Please, and Westport Independent," he says. "Initially we were considering an art style that conflicts with the game's tone. We wanted something super bright and shiny like Neo Tokyo-inspired. But it didn't fit so we went for a darker, grimmer look.” 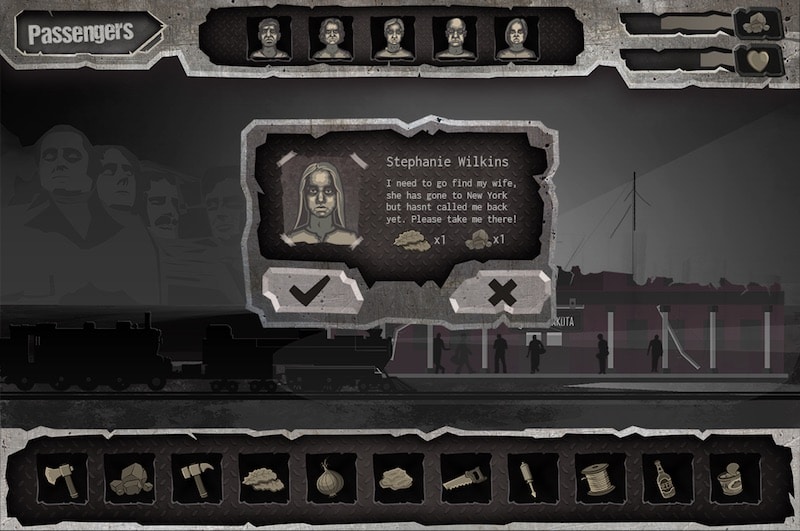 The game description and videos augur a title that appears to be more of a roguelike akin to FTL: Faster Than Light, and Darkest Dungeon. However, Prasadh was quick to say that this is far from the case.

“It’s more survival than rogue like. Some sections let you explore cities," he explains. "You can use tools you crafted to break windows or pick a lock and use new items to craft new things. That was the idea behind the survival aspect was Rust on Steam.” Prasadh says it was necessary to add depth to gameplay, making it an equally important element.

“When we started working on it, we didn't have the survival element, we just had the train going around town," he says. "It was interesting but we wanted to add more depth to the game so adding another layer to it, there was more to do. We were able to effectively increase the gameplay time in a way that had people having more to do instead of just picking up and dropping people.”

This all comes together to form a title that is fairly unusual for India. Some Indian game developers prefer to make games that focus on Indian mythology and legends. Others opt to develop titles that have a stronger focus on systems and gameplay, but narrative-focussed titles haven’t really been a strong point for many local developers. Prasadh admits that this has been a challenge.

“The hardest part was to write the story and research everything so that it was true to what it was back then," he says. "The amount of research over the last few months is staggering. We have over 150 passenger backstories written. We didn't want to create generic characters first and tag a description to them.” 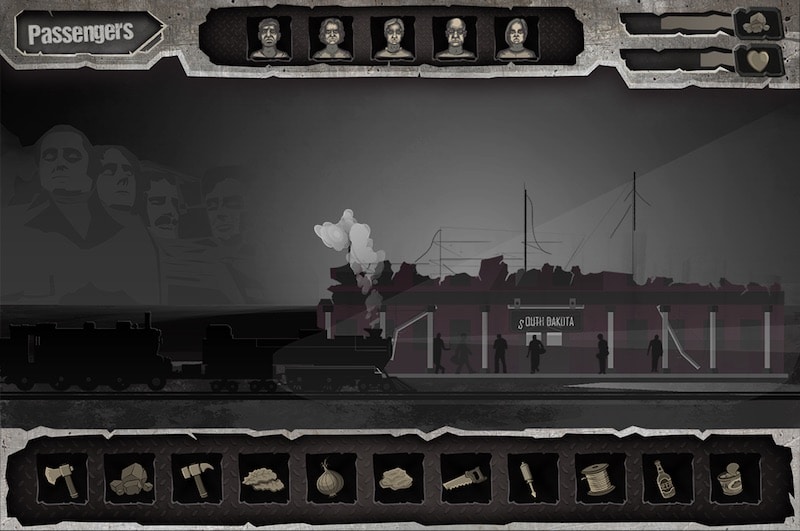 “We wanted to write a fully-fledged story first and allow for the artist to create a story based on what comes mind after reading the story that they have,” he adds. The result is the studio's biggest game ever. Story aside, art production for The Last Train is equally large in scope thanks to the inclusion of 20 different cities.

“Each city has to be unique and we had to choose monuments and iconic colours," explains Prasadh. "We wanted the city view to reflect what it was like so [for example] the background with the Statue of Liberty. We wanted to capture what is unique about each city. That took time. The hardest thing was referencing and the right sources. It's not easy as it is to type '1945 buildings in New York' into Google, screens don't show up. So we had to watch a lot of documentaries.”

All of this leads to a game that’s possibly more ambitious than its funding goal appears to be. We had to ask if Prasadh thinks the $5,000 target is enough to pull this off.

“I think it's enough. We're doing our best to ensure we get the most out of it," he tells Gadgets 360. "We have a programmer based in the Philippines and we're trying to trim the budget as much as possible as far as resources go. At the same time we're trying to not compromise the quality of the product as well. If you look at the art work that we're done, with the budget we have, we're on course to do something good.” 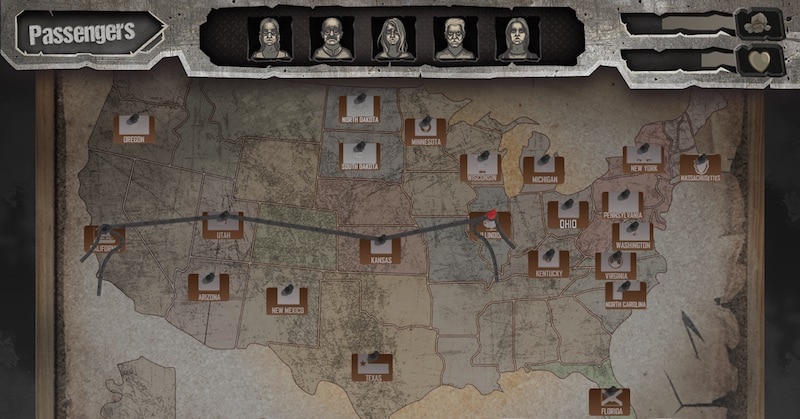 Furthermore, a demo is in the works too. It features core game mechanics and parts of the story, and is due at the end of January. Before working on The Last Train, the studio ported one of its mobile games - Ultimate Heist to PC for approval via Steam’s then Greenlight program. This was done to ensure there are minimal development hiccups with Ultimate Heist, and that every Steam feature the team wanted gets implemented. This doesn’t extend to Steam Family Sharing - which lets you share your game with those on your friend list.

“It was a learning to implement Steam exclusive features. We want everything in place. Right from the get go we want Steam Workshops, Trading Cards, we want the complete experience in place so people can do what they want to,” he says. That's why a DRM-free version is only a stretch goal. According to Prasadh, the extra $2,000 (approximately Rs. 1.28 lacs) needed to make a Steam-free version of The Last Train, comes at the cost of removing platform functions intrinsic to the game.

“The common misconception is that it's easy to remove Steam leaderboards and Steam Workshops, but removing it requires a lot of changes to the code," he explains. "It's a big hassle to do that, which is why we had to do it in this way. We thought about it a lot and decided to focus on a Steam version first and then focus on other stuff later on.” That said, Parasadh hasn’t turned his back on the game appearing on services like GOG altogether. “Even if the goal isn't reached if we achieve reasonable sales on Steam we would still absolutely love to get the game out on as many platforms as we possibly can,” he says.

Speaking of other platforms, The Last Train’s Indiegogo page talks about a possible Vita version. “I love the Vita. The Vita is my favourite thing," says Prasadh. "I think it's the most played console for me of late. I don't get time to sit and play console games. So it's the best thing. If I ever get an opportunity to port the game to Vita, that's not even a second thought. The game would just be a natural fit for it. It's simple and easy to play. You can play it in short bursts. It just makes perfect sense to port it there. I can just imagine myself doing that.”

When probed further about the plausibility of the game hitting Sony’s beleaguered handheld, he left us with this.

“It's on how we sell on PC. If it makes sense we would 100 percent definitely consider Vita.That's never a question. Historically the Vita has the best attach rates for any console ever for almost all the games. It's underrated. Everyone needs to have a Vita.”