Tencent Games on Arena of Valor, PUBG Mobile, and the Indian Gamer

The multiplayer online battle arena (MOBA) genre in India is reasonably popular. We’ve seen Dota 2 broadcast on television, and participation for the game in local e-sports tournaments has been healthy too. And while most of action in MOBAs is restricted to the PC, this seems to be changing. Tencent Games has launched Arena of Valor in India for iOS and Android, with dedicated servers for Indian players on March 1.

It’s the second Chinese company to launch a MOBA with local support, the first being Yoozoo Games’ Battle for Glory. Arena of Valor first launched in China in 2015 and Tencent claims it has more than 200 million monthly active players, making it one of the most popular games in the world. Gadgets 360 spoke to Aneesh Aravind, General Manager - AoV India at Tencent Games to know more.

“We believe that India is at the cusp of a lot of growth in the gaming market right now, and this is the first time that Tencent has setup a dedicated game operations organisation in India to focus on it," says Aravind. "Tencent, with its amazing product portfolio of mobile games, can deliver high quality games to the fast-growing base of Indian gamers. The vast experience in developing and publishing in a large number of countries also helps us in being adaptable and understanding the audience here, and we want to fine tune our products to fit the market and develop it further.”

That said, we wondered why launch with Arena of Valor, over PUBG Mobile with dedicated servers and support? The latter has an easier learning curve and higher brand recall. Aravind suggests that this is just a matter of time.

“We plan on publishing and operating multiple games in India and learning from each of them to understand the market better. For a new player, PUBG in the Battle Royale genre has an easier learning curve than Arena of Valor in the MOBA genre,” he admits. “But what we are seeing is that there is definitely a large player base here and that players are familiar with both genre of games.”

In addition to this, Aravind claims that core gamers in India aren’t far behind their international counterparts in terms of time spent and retention.

“We are getting good responses for both the games with the core gamers having high retention," he explains. "Average session time for higher level players in India are quite comparable to that of other countries."

As for getting Indians to try out the game, getting featured on the App Store and Google Play is important even if you’re Tencent, Aravind tells us. However the company is also looking at ways to modify its acquisition strategy for the Indian market to get audiences “not just install, but also to play the game for long.”

One such method is to customise the game for India. And no, we’re not referring to a full-on localisation akin to Jetpack Joyride. Rather, this means things like ensuring that the game’s size isn’t a bottleneck. While others have stressed of the importance of having small download sizes, Aravind tells us Indian gamers are more concerned with the final install size the game has on their devices. So much so that Tencent decided to reduce Arena of Valor’s file size in India to cater to this demand. 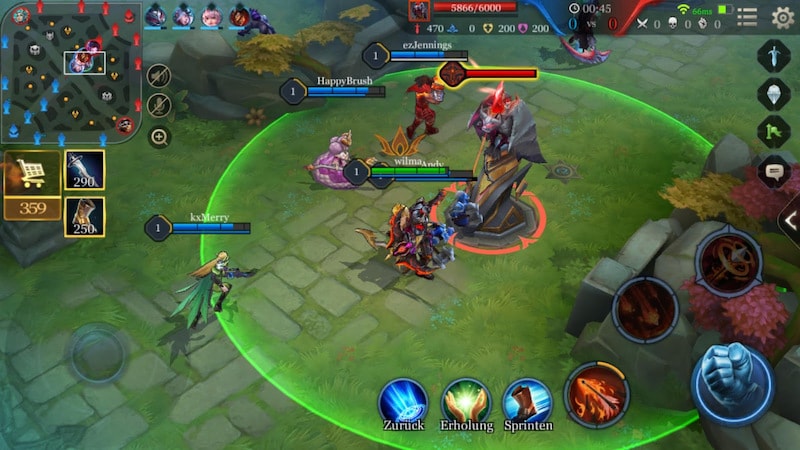 “With the recent change in the telecom infrastructure and tariffs, the app download size may no longer be a bottleneck," he says. "We believe that it is still a friction and we are working on different package sizes to improve user experience. Players are more concerned about the memory that a game occupies in the device than the Internet data that they consume. We have reduced the game package size to 96MB in Google Play to suit the Indian audience; additional downloads are much later in the game and many of them are optional."

As for the game itself, Arena of Valor is in an exceptionally polished state right now thanks to Tencent incorporating a host of features prior to its India release. One of these is the game’s high frame rate mode that allows you to play the game at 60fps making for a fluid experience. In order to access it, you’ll need to go through Arena of Valor’s many menus, and need a smartphone with relatively new specifications. We had to ask if it’s a mode that’s even used. “A number of our players are aware of this setting and use it from time to time. At present the usage is not very high,” he admits.

Finally, we had to ask if Arena of Valor could feature local relevance beyond a custom file size. Internationally Tencent has partnered with Warner Bros. to incorporate Batman and Superman in the game. Could we see the company tie-up with Bollywood or cricket stars? “We have seen a great interest in DC heroes from our players,” he says. “We certainly are looking at incorporating Indian culture and style for some of our heroes.”