In 2012, Steve Gaynor and two of his former 2K colleagues – Karla Zimonja and Johnnemann Nordhagen – came together to start their own indie studio, called Fullbright. Slightly more than a year later Fullbright released its first title, Gone Home, which was awarded a BAFTA for best debut game. In Gone Home, you moved around an empty family house in Portland, Oregon, and pieced together your backstory by searching for messages.

Nearly four years later, Fullbright is taking that concept to space. Its second game, Tacoma – available August 2 on Xbox One, Windows, macOS, and Linux – is set aboard a space station in the year 2088. Once again, you’ll be exploring an empty environment on your own, only this time you also have access to three-dimensional digital recordings of the crew’s lives, thanks to a powerful AI-equipped surveillance system.

As with Gone Home, the focus in Tacoma is on the narrative, with players free to explore at their own pace. In an interview with Gadgets 360, Gaynor cites Ridley Scott’s Alien as an inspiration – not the chest-bursting violence, but the quieter parts of the film, when the crew is waking up and mingling with each other during dinner. He also mentions Duncan Jones’ Moon, and Stanley Kubrick’s 2001: A Space Odyssey, as sources of inspiration, as well as the “group dynamic” of HBO’s crime drama, The Wire. 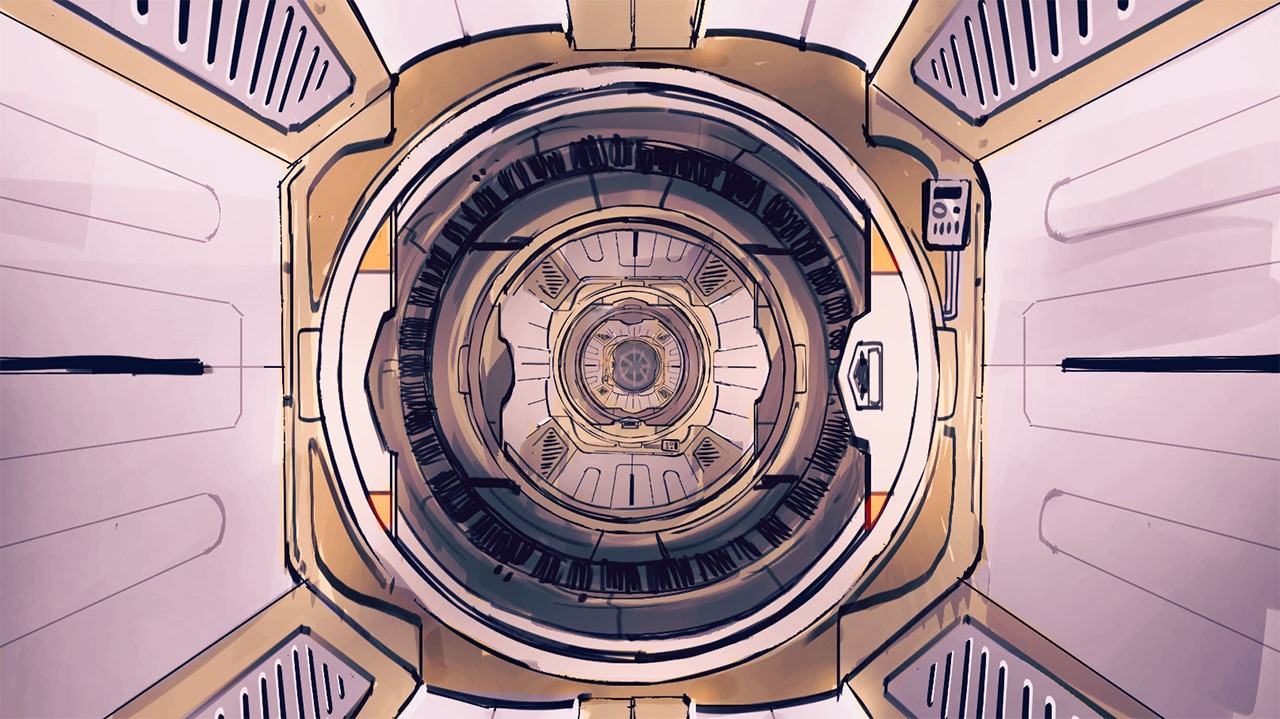 Concept art for the space station's central hub in Tacoma, which feels inspired by the one in 2001: A Space Odyssey
Photo Credit: Rebecca Mock/Fullbright

For all its emphasis on story, Tacoma is a video game, which means that gameplay can't be ignored. “Even though we're a story-focused studio, the story is a means of motivating what the player does and what interactions they engage in,” says Gaynor. “So that is to say, the interactivity, the core mechanics and the experience of exploring the place, all come first and lead to what story we tell. Once we've determined what kind of story most speaks to the game's mechanics, we dive into the specifics.”

Fullbright had intended to release Tacoma last year, but following feedback from play-testers in 2015, the team rethought certain parts of the game. Quizzed on what those aspects were, Gaynor remarks it pushed further on the space station’s design, and the storytelling method.

“The construction of the station […] is now split between a fully zero-G central hub and a series of [robotic] arms that rotate around it, allowing the player to feel the difference between free-floating and walking, the same way the crew members would,” he adds.

Meanwhile, the digital recordings now form a crucial part of the explorative experience, Gaynor notes. “We made these denser and more interconnected, focusing on them as the core of the interactive experience, instead of a side-element of Tacoma,” he says. “All of this took some significant re-work of what had been done up to that point.” 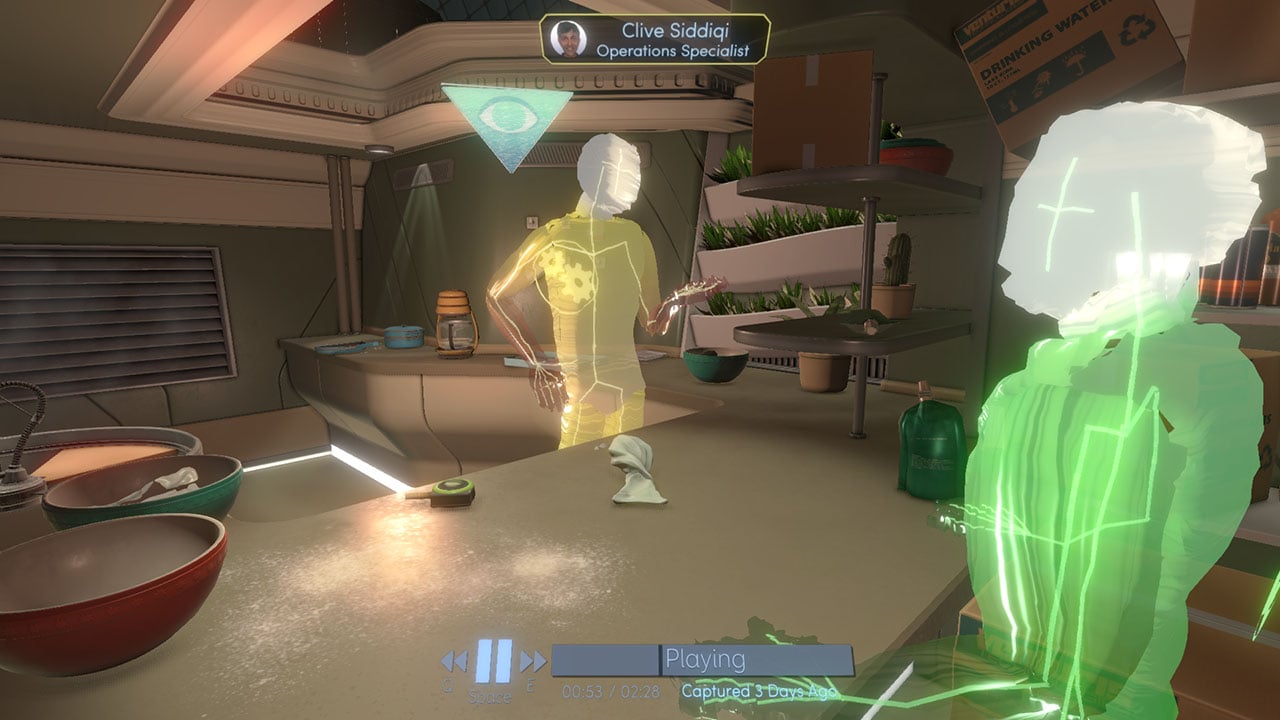 3D digital recordings that will help you learn about the crew's past in the space station kitchen in Tacoma
Photo Credit: Fullbright

Years gone
The world of indie games has gone through a minor upheaval in the years since Fullbright came out with Gone Home, with visibility and discoverability being tougher challenges than before. Even on the interactive exploration game front, there have been a slew of critically-acclaimed releases – The Stanley Parable in 2013 itself, Everybody’s Gone to the Rapture in 2015, both Firewatch, and Virginia, in 2016, and What Remains of Edith Finch earlier this year – but not all of them have done well in terms of sales.

“It's definitely a different time,” Gaynor admits. “Though, the more things change, the more they stay the same. While there are a lot more games out there vying for attention, I think the same core requirements remain: you need to make something unique, something that captures people's imaginations, and something that is very high quality.”

It remains to be seen if Tacoma will be able to hit those goals, though Gaynor adds that “having a well-known first game to jump off from, and strong support from a console platform like Xbox, can certainly help more-established indie developers”. That ‘support’ is why Tacoma doesn’t have a PS4 release date, and Gaynor didn’t comment on whether it’d hit any other platforms, or had VR in its plans.

The Nintendo Switch’s portability makes it a great device for interactive storytelling games, but Gaynor says he says he hasn’t spent much time with it, though he’s looking forward to invest hours into The Legend of Zelda: Breath of the Wild once Tacoma ships to players.

“Right now, we're just looking at our launch platforms of Xbox and PC, but we shall see what the future holds,” Gaynor concludes.

Further reading: Tacoma, Fullbright
Akhil Arora Email Akhil
Akhil Arora covers entertainment for Gadgets 360, interviewing stars such as Christian Bale and Anurag Kashyap, covering series premieres, product and service launches across the globe, and looking at American blockbusters and Indian dramas from a global socio-political and feminist perspective. As a Rotten Tomatoes-certified film critic, Akhil has reviewed over 150 movies and TV shows in over half a decade at Gadgets 360. When he is not completely caught up with new film and TV releases, Akhil ...More
Samsung Posts Record Earnings on Memory Chips, Galaxy S8; Set to Overtake Apple
Textalyzer Could Help Bust Drivers Using Cellphones