Bitcoin, 3-D printed candy and George Takei, the Star Trek-actor-turned-Facebook-phenomenon, are among the attractions this week at the South By Southwest festival in Austin, Texas, where the geek set is slowly filing out to make room for hordes of musicians descending on the city.

Known as the launching pad of Twitter and home to Foursquare's coming out party just a few years ago, the annual tech confab also attracts big tech companies that are eager to test out new ideas or simply show that they're still "with it."

Here's a sampling of what you missed - other than waiting in long lines - if you didn't make it to Austin this year:

Microsoft's massive "Titanfall" launch
The line to get in to Microsoft Corp.'s 9 p.m. launch party for the eagerly anticipated video game "Titanfall" started forming around 10 a.m. on Monday. By 8 p.m. that night it was around the block and not moving much.

Joseph Cook, 12, rode down with his uncle from nearby Round Rock to get his hands on the game, which went on sale at midnight. They'd been waiting since 6:40 p.m.

"I have been looking at this game since it was launched," Cook says.

So what's so great about it?

"Parkour, titans and guns," he says, summing it up. "Titanfall," from the creators of "Call of Duty," is a shooter game that can only be played with others online - there's no single-player mode. You play either as a pilot or a titan, wearing a giant, Transformers-like robot suit.

Microsoft has a lot riding on "Titanfall." The company's Xbox One console is trailing Sony's PlayStation 4 in sales. Yusuf Mehdi, chief marketing and strategy officer at Microsoft, though, notes that it's early in the game.

"We are maybe 10 million units in," he says, citing sales figures for the newest generation of game consoles from Sony and Microsoft. Analysts expect some 350 million consoles to be sold in the coming years before the next console cycle comes around.

So why South By Southwest and not, say, a video game conference for the launch party?

"Just knowing there are a lot of fans here, and (that) there's a crossover of social, pop culture, gaming and technology here. That just makes it a really fun place to do it," says David Dennis, a spokesman for Microsoft. 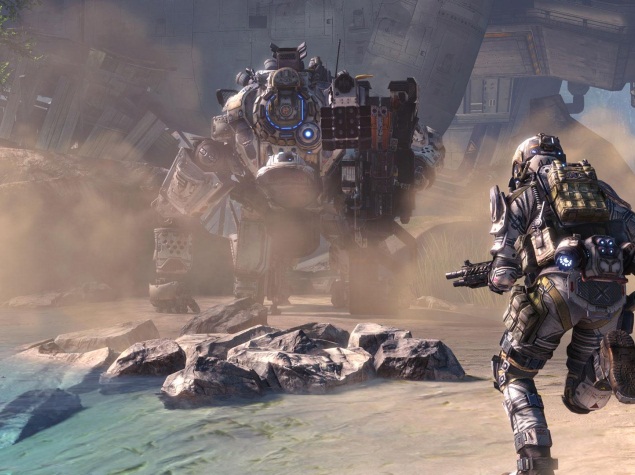 Bio-reactive dance party
Some 150 sweaty people jammed in a plastic igloo Monday night, wearing special bracelets that measured their movement, body temperature and excitement level. A-Trak, the popular Canadian DJ known for his work with Kanye West and the Yeah Yeah Yeahs, took stage just as the crowd's excitement level - as measured by their wristbands - reached its peak. Lightwave, the startup behind the technology, sees broad potential for the bands, not just at concerts but also at movies, sporting events or political rallies. The DJ had an iPad in front of him that showed the crowd's real-time excitement level during the event. He could adjust the music to guide the dancers' mood. Cocktail waitresses served drinks with glowing plastic ice cubes when the excitement level reached a crescendo, and bottles of cold water when body temperatures started rising from all the dancing.

The news-making digital currency was also the subject of several panels at the conference, where people debated its future, viability and usefulness. Fred Ehrsam, the 25-year-old co-founder of Bitcoin wallet service Coinbase, told an audience Monday that he "highly doubts" that Dorian Prentice Satoshi Nakamoto, the man identified in a Newsweek cover story as the founder of Bitcoin, is the currency's creator. (Nakamoto denies that he's the man behind Bitcoin). But in the end, it might not matter.

"All that matters is the technology," Ehrsam says, pointing out that if you stopped someone on the street and asked them who created STMP (that's Simple Mail Transfer Protocol, the technology standard behind email), they probably couldn't tell you - even though they likely use email.

While acknowledging that only 5 percent of his own net worth is in the form of Bitcoins, Ehrsam predicted a robust future for the cyber currency.

"One of the common missteps is talking about Bitcoin as a currency first and foremost, rather than the technology," he says, adding that first and foremost, Bitcoin is network that lets people transfer ownership. Though it's being used in commerce right now, the implications are broader. 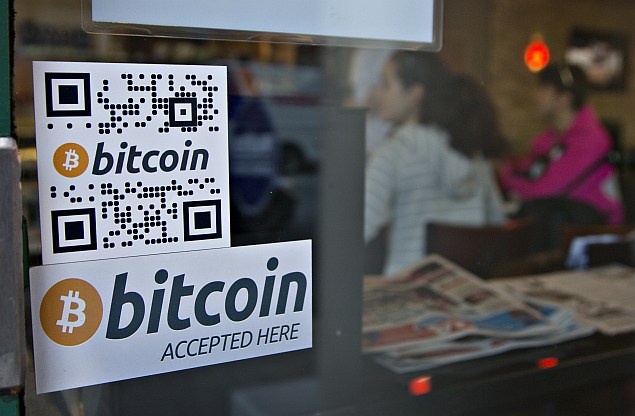 Bitcoin today, Ehrsam says, is "analogous to the early days of the Internet."

Takei's take
George Takei counts three generations of "Star Trek" fans among his 6 million Facebook fans and 1 million Twitter followers. It's the 76-year-old actor's first foray into South By Southwest, where he's filming the second season of his YouTube show, the AARP-sponsored "Takei's Take." He spoke Tuesday about growing up in Japanese internment camps in the 1940s, political activism and using humor to grow his social media fan base. He played down the stereotype that people of his generation are technophobes, while admitting that there are some who might be afraid to "go where no man has gone before," as the "Star Trek" quote goes.

Waiting for Oreo
It can't get any more SXSW than this. Festival attendees waited in long lines, even in the rain, to get a chance to create and print out customized Oreo cookies, based on Twitter trends and using a 3-D printer. Users could pick from 12 "trending flavors" and colors for the cookies, watch as the printer created their cookies and wash them down with a cup of milk. Besides Oreos, 3-D printed candy and chocolate also made an appearance at the festival.