Resident Evil 7: What You Need to Know Before Buying

Resident Evil 7 is out later this month, and unlike other entries in the series, it won’t feature the same characters or setting. Instead, it’s a brand new survival horror game in the franchise. Here’s what you need to know before buying Resident Evil 7.

1. New Resident Evil, new protagonist
Unlike previous Resident Evil games, you won’t be playing Resident Evil 7 as a special agent of any kind. Rather, you’re Ethan Winters, a civilian searching for his missing wife, which leads you to a plantation mansion in Louisiana where all sorts of nasty horrors await.

You don’t need to play previous Resident Evil games to understand Resident Evil 7. That's because it doesn’t feature the same characters, though it takes place four years after the events of Resident Evil 6.

2. Resident Evil in first-person
Taking inspiration from the likes of Outlast, Resident Evil 7 is played entirely in first-person. The reason for this change is to focus on the game’s horror and tension. A fair thing to do considering previous entries had you punching boulders and gunning down zombies as if you were playing Gears of War. With every previous mainline Resident Evil game being in the third person, it will be interesting to see how this decision shapes up.

Even in first-person, Resident Evil 7 isn’t a wholly uniform experience. More so when you add VR to the mix. Our initial impressions based on the first demo for the PS4 without PS VR were far from pleasant. Playing it using PS VR resulted in a much better experience. We won’t be surprised to see this being a divisive entry in the franchise.

3. Yes, Resident Evil 7 has combat
While the initial demos for Resident Evil 7 didn't necessarily have you wielding a gun (depending on how you played), developer Capcom has confirmed that there will be combat in Resident Evil 7, along with series staples such as herbs for healing and typewriter tapes to save your progress. Don’t expect to run and gun your way out of trouble though. With limited ammo and weapons, you’ll need to make every shot count. 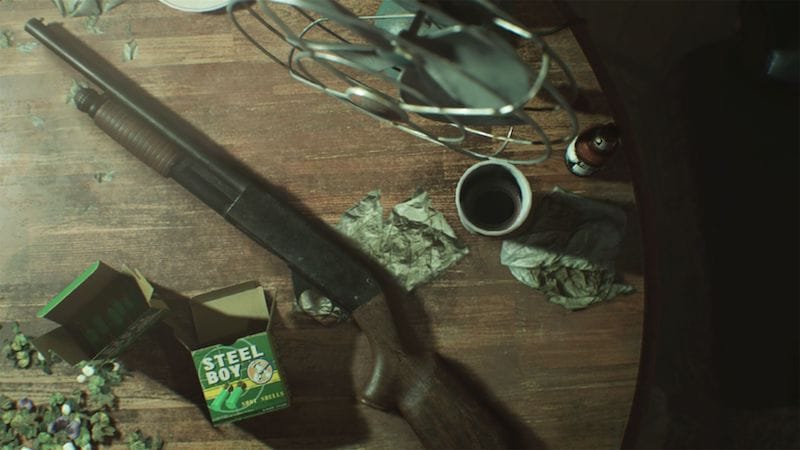 5. Resident Evil 7 has something in common with Spec Ops: The Line, and Fear
Earlier Resident Evil games focussed more on moment to moment action instead of an overarching narrative — which was for most part nonsensical as it gets. This latest iteration might be different though. While previous Resident Evil stories were helmed by Japanese writers, Resident Evil 7 is not. Capcom recruited Richard Pearsey who penned two expansion packs for supernatural horror FPS FEAR, and Spec Ops: The Line. Suffice to say, expect a grounded story with some intriguing twists.

6. Buying Resident Evil 7 cheap on PC? Think again.
Unlike other publishers that have delayed their PC ports, Capcom will be making Resident Evil 7 available across all platforms on the same day. It will have all the much needed options, such as enhanced resolution support and HDR, but it will not be region-free. So if you were thinking about getting it cheaper via key sites such as G2A or CDKeys, think again.

“I'd caution that some retail keys, especially ones sourced from countries where market prices are significantly cheaper, will be activation and runtime locked,” said William Bacon, Senior Director of Digital Platforms at Capcom.

What this means is you could end up with a serial key for Resident Evil 7 that will not work unless you are in the country it was intended for. For Indian gamers looking to play it on PC, it means that you can’t play the game outside of India as the game is cheaper in game stores and on Steam here.

Are you looking forward to Resident Evil 7? Or are there other games you’re playing this month? Let us know via the comments.

Resident Evil 7: What You Need to Know Before Buying
Comment