How God of War Influenced India's Raji: An Ancient Epic

With stunning art direction, gorgeous visuals, and fantastic sound design, Raji: An Ancient Epic, by Nodding Heads, makes a superb first impression that’s made even more impressive by the fact that the game was developed by a team of just eight people.

From ancient forts to a variety of enemy types, there’s a lot of going on the action adventure game that has you in the role of the a young girl called Raji. Through a picturesque representation of Ancient India, you’ll maim, electrocute, burn, and slice through hordes of demons in order to save the world and rescue your brother from the demon lord Mahabalasura.

“We don't have a game that represents India, that's made in India and represents the lores and myths and culture in a video game," explains Nodding Heads’ Avichal Singh, who’s the studio’s lead designer and founder. "Inspiration came from the medieval architecture of Rajasthan and we infused Hindu and Balinese mythology and we came up with the universe of Raji. We didn't want direct inspirations. We wanted it to be an original universe.”

Sky Sutra Is Part Shooter, Part Platformer, All Awesome - and Made in India

A demo of the game was playable at IGX 2017, and is also available as a free download to augment Nodding Heads’ Kickstarter for the game. Built for the PC, the studio wants to bring it to consoles as well, if the stretch goals are met on Kickstarter. Considering how notoriously difficult it is for game developers in India to get access to developer kits for consoles, we wondered how far ahead discussions had gone with Sony, Nintendo, and Microsoft.

“The dev kit conversation has started at least with Microsoft, but Sony and Nintendo we're yet to approach them,” admits Singh, though he’s not worried due to the way the game is being developed.

“We plan to develop the game in a way that the art pipeline is the only thing we need to take care of when we develop the game," he says. "Think of us making the game on PC from Monday to Thursday and on Friday we follow the same on consoles. It’s a matter of constraints we follow to make sure the game is running on these platforms because they have technical constraints. As long as they can keep to that we will be good. Unreal Engine 4 makes life a bit easier. You have direct porting options as well.”

PS4, Nintendo Switch, and Xbox One versions aside, PC gamers don’t have the option of a DRM-free version of the game. In an age where a vocal base of gamers deride and often boycott games based on the kind of DRM - looking at you, Denuvo - Nodding Heads is firmly sticking to its guns and going ahead with implementing DRM.

“We spoke to a few developers [and] some of them said that the numbers on Kickstarter for DRM-free version [of games], their backers are in single digits," he explains. "Even though it seems like people are asking for it, we got not even more than ten messages asking for it. We were ok with taking that decision. It was scary because you don't want to give your EXE to someone and we don't know what's going to happen. It might hurt you later is why we didn't do it.”

Despite this, the company is considering a physical version of the game after release. It’s not a backer option right now due to the inability to find the right partner in time for its Kickstarter reveal. “Physical distribution is what we're interested on release of the game. It's a big market that some developers ignore and its surviving in parts of the world and is making profit,” says Singh.

As for the game itself, while Raji makes an exemplary first impression, we’re not impervious to its faults such as the lack of a lock-on - a standard feature for most action games - and poor signposting and explanation of tutorials. As it turns out, Nodding Heads isn’t fully satisfied either.

“The locking mechanic is there but we've done a horrible tutorial. We have to work on it altogether. We were crunched for the last couple of weeks before the demo was out and could not have a play test to say it's working,” says Singh. “We have to replan the controls, how auto-lock works but definitely that's one of the stressing points because I know how difficult it is to hit a long-range enemy and we don't want that. We want it to be smooth and fluid. On mouse and keyboard it's even worse. Still doable with controller.”

On the same note, we brought up the game’s frame rate. Playing it on the IGX showfloor was a smooth experience. No surprise since it was on a beefed up PC. Trying it on an Acer Predator Helios 300 laptop with an i5 processor, 8GB RAM, and a 1050Ti video card saw frame rates drop below 30fps frequently. Much like the game’s design gaffes, this too was due to the lack of time.

“At our office it's running on a GTX 760 machine just fine. We have some issues with the GTX 1080. People have written in saying that [there are] issues with huge, monstrous machines and that's because we couldn't test it on various specs," says Singh. "We only have three PCs in the office with different configs and only few weeks to test it out. Definitely the final game is going to be optimised and running smoothly on typical configurations. Before optimisation we were getting around 45fps, after optimising we're aiming for 60fps.” 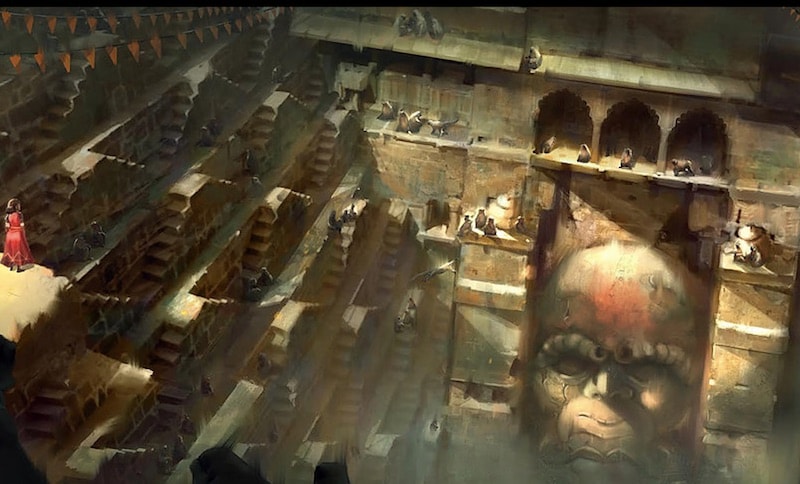 Making BioShock in Mumbai: How Indiagames Developed the Feature Phone Version of the Landmark Game

One area of note in the game, aside from its polished production values, is its enemy design. A host of different demon types are thrown at you in the first few minutes of gameplay. Not many games do this. According to the studio, it’s necessary to school you on how to play as Raji.

“In some hack and slash games you don't switch your strategy, weapons, or abilities because one pattern is working. Here the enemies are specific at specific situations as we want you to master certain aspects of the game like throwing weapons,” Singh tells us. “Even though the lock-in mechanic is horrible, we've reinforced it at the drawbridge with two of those demons to prompt the player again. For example, the mace demon’s job was to teach the player to master melee and demon mobs spawn so you learn and time as to when you have to use your power attack. The idea is to introduce mobs and enemy types to reinforce the game system and mechanics. And not just throw them at the player randomly.”

It made us think if this would include the game’s bosses. According to the company, they’re organically tied to Raji’s locations and impact the game’s narrative too. This isn’t a particularly new concept, though recently, outside of Sony’s God of War games and Hellblade, it’s becoming uncommon. 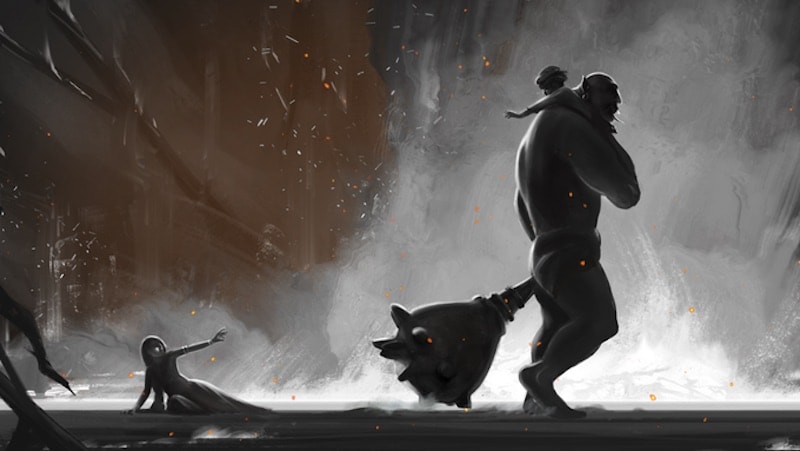 Most game makers have started using Kickstarter as means to find publishers, and Nodding Heads’ intentions are the same, though it hasn’t actively started looking for one yet. And outside of one absurd offer, there’s been little interest from Indian publishers. That seemed odd, considering the quality of the title at hand. “There was a weird incident at IGX where someone offered our team one crore asking how much he would get back,” confesses Singh. “At local publisher meets, they were pretty impressed with what we had but they were looking for sports games, for purely mobile games, and that said, there was no one interested in investing in it.

“So far we haven't been surprised where someone has come out and said the right things and wanted to invest. That hasn't happened till now. We were looking for these things and we knew it was going to be very difficult in India and it has proven so,” he concludes.

You can check out Raji: An Ancient Epic on Kickstarter.