Unfortunately, players won’t get to battle Godzilla himself.

PUBG Mobile has landed yet another crossover event and this one is monstrous, sort of. Tencent has been teasing a collaboration with the freshly released Godzilla: King of the Monsters for quite some time, and now, elements from that crossover are trickling down in the hit mobile game. There is nothing substantial with the PUBG Mobile x Godzilla: King of the Monsters crossover such as a whole Godzilla-themed event, but there is enough to make fans of the titanic monster happy, thanks to items such as a Godzilla-themed outfit, t-shirt, etc. And oh, there are a lot of Easter eggs too, scattered throughout PUBG Mobile that are waiting to be discovered by fans of Godzilla and other titans appearing in the monsterverse.

The biggest arrival in PUBG Mobile courtesy of the crossover is the exclusive Godzilla-themed outfit called Godzilla's Carapace, which looks like the Toho monster's skin and has the glowing spikes that are a sign of the atomic breath waiting to annihilate the enemies. Then there is a new emote accompanying it, which brings Godzilla's iconic roar to the game. 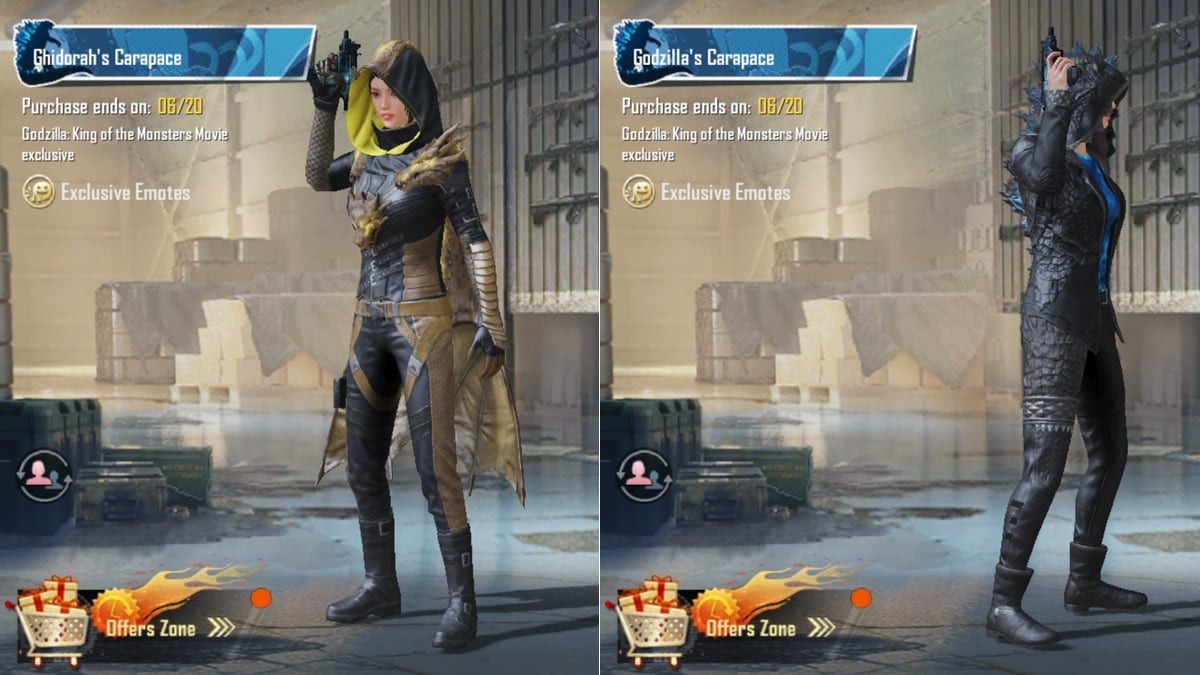 The Godzilla and Ghidorah outfits are true to the design of the eponymous characters.

The second outfit to arrive with the crossover in PUBG Mobile is called Ghidorah's Carapace, which as the name suggests, is based on King Ghidorah – Godzilla's arch-nemesis who also plays the big bad in the new Godzilla: King of the Monsters movie. This costume has wings like the eponymous titan and also comes with a new emote that mimics its electrifying roar. Other clothing items include Godzilla and Ghidorah t-shirts, as well as a bullet-deflecting pan with Ghidorah's insignia. 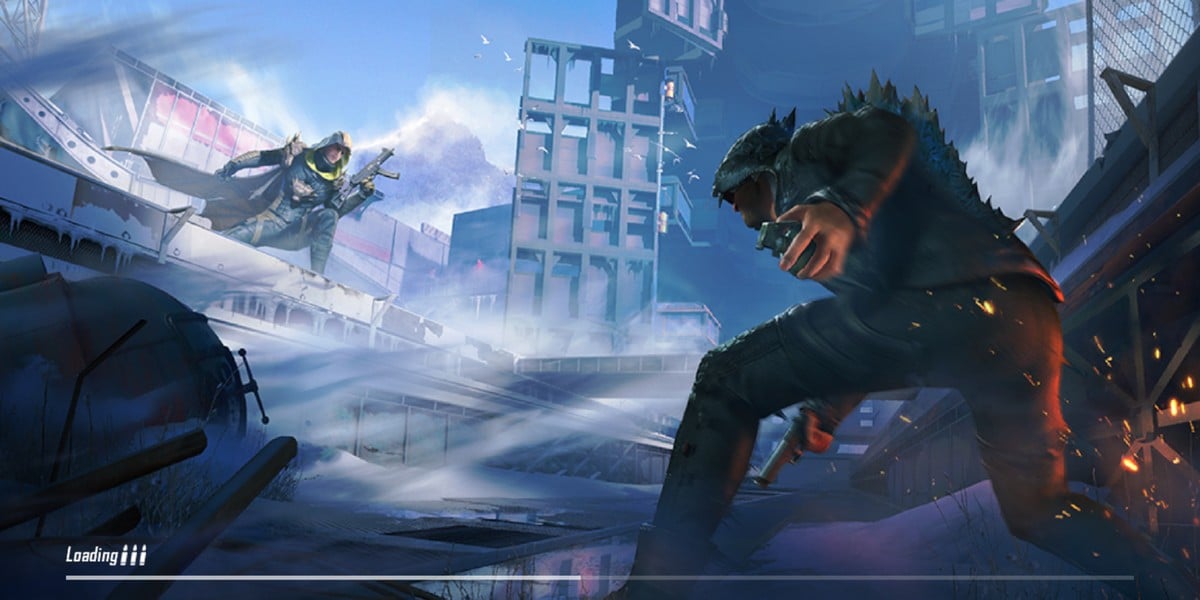 A new load-screen has also arrived as part of the crossover event.

The aforementioned items can be purchased via the Lucky Spin section in the shop, where the first spin of the day will give players a chance to win any of the aforementioned items, crate coupons, or ‘Godzilla Coins' that can be redeemed to buy these items. The first spin of the day costs 10 UC, while the rest will set players back by 60 UC each. One can also choose to buy 10 Lucky Spins in one go by shelling out 540 UC.

One can see Godzilla's spikes from afar prior to taking the battle flight.

As for the Easter eggs, there are many. Starting with the match-making area, one can jump in the sea and see a silhouette of Godzilla's spikes in the water far away. There are also giant footprints of Godzilla in some areas of the map, and some graffiti depicting other monsters like Ghidorah and Mothra is also there for players to discover. 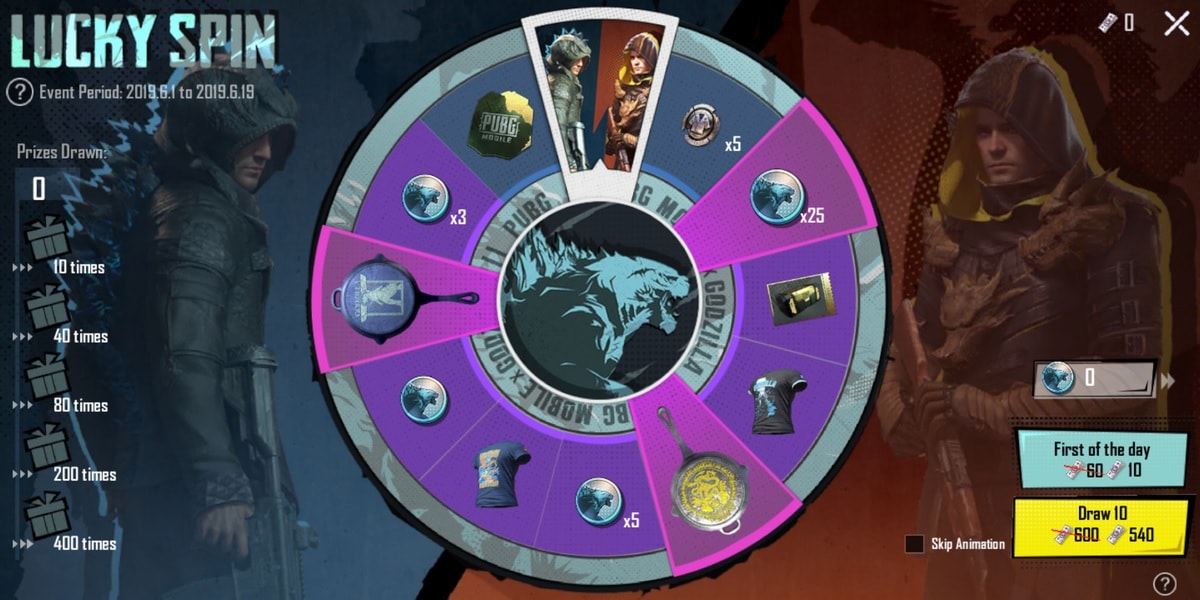 The new outfits and other crossover-themed items can be scored via the Lucky Spin.

However, it is not clear whether all available maps have them. It is slightly disappointing that Godzilla himself is not a part of the crossover, but we hope that we get to see him in the next update of PUBG Mobile, and maybe a few other titans from the Godzilla: King of the Monsters movie, duking it out and wreaking havoc.