PS4 Pro vs PS4: What's New, Different, and Everything Else You Need to Know

Sony released the PS4 Pro this week internationally. Here are the crucial details you need to know about the most powerful console on the market right now, versus the current favourite, the PS4.

PS4 Pro price and PS4 price in India
The PS4 Pro costs what the original PS4 was at launch - $399 (approximately Rs. 26,500). There is no India price at present. As for the PS4 itself, you'll get it cheapest offline with a free game at Rs. 27,990. There’s no clarity as to when the PS4 Pro will hit the shelves in the country. If we were to take a guess, given Sony India’s actions in the past, we’d peg it for a January release at Rs. 39,990. That's because it occupies the $399 price - which is what the PS4 was priced at for its launch. This translated to a Rs. 39,990 price in 2014. It will be interesting to see if foreign exchange fluctuations drive a higher price though. But if you can’t wait, the PS4 Pro is available in the grey market for around Rs. 45,000 upwards. Keep in mind though that you lose out on warranty and after-sales support.

The PS4 Pro build quality is Sony’s best yet
By and large, collectors prefer the first iteration of each of Sony’s consoles. The company tends to skimp out on features and materials with successive generations. We’ve seen it with the PS Vita, whose second generation variant forsook an OLED display for LCD; we’ve seen it happen between the PS3 Slim and Super Slim, with neither looking as good as the original PS3; and we’ve seen it with the PS4 Slim forsaking the optical out for audio, which the original PS4 brought to the table.

The PS4 Pro is different. It sports an all matte finish, unlike to the original PS4’s glossy and matte hybrid. This gives it an unassuming, understated feel. And while it does get ridiculed for its hamburger-styled design, looking like a PS4 Slim glued to an original PS4, we’ve found ourselves warming up to its looks.

The PS4 Pro fixes the original PS4’s biggest design issues
Aesthetics aside, there’s some serious thought that’s gone into its ergonomics of the PS4 Pro. This time around, you can clearly differentiate between the eject and power buttons. They occupy different positions on the device and are clearly labelled. The light strip which ran through the middle of the PS4 has been replaced with a subtle bar below the power and eject buttons on the PS4 Pro. It’s an elegant solution that balances style and functionality.

The PS4 Pro is quieter than the PS4
Although it has been reported that the PS4 reaches jet engine decibel levels, we’ve never faced that concern with our unit. Despite this, we’ve noticed that the PS4 Pro, be it running at full throttle in Uncharted 4 or installing a game via a disc, isn’t as noisy as the original PS4. It will be interesting to see if its silent efficiency remains even as we run more demanding games. 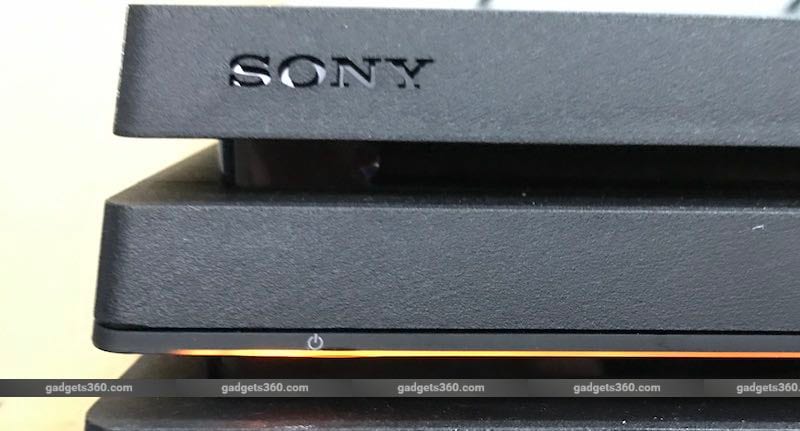 You don’t need a 4K HDR TV for the PS4 Pro, but it is nice to have
While the PS4 Pro is best played on a 4K TV adhering to the HDR10 standard, the difference when compared to the original PS4 is apparent even on a full-HD 1080p display. It isn’t as wide a gap as you will see at 4K, it’s good enough to warrant the upgrade in a few games.

Final Fantasy XV’s Judgement Disc demo looks a whole lot crisper on a PS4 Pro with a better frame-rate, even on a full-HD screen. The likes of Rise of the Tomb Raider, and Shadow of Mordor, sport tangible visible improvements even at 1080p thanks to supersampling — wherein content, though viewed on a full-HD panel, will be rendered on the PS4 Pro at 4K but displayed at full-HD. This results in a clearer, more detailed image than what you'd get from a game running at 1080p alone. If a consistent, higher frame rate is of greater importance, that is an option as well, allowing you to play games at 1080p but with greater fluidity.

It’s an interesting set of options that put the PS4 Pro on par with PCs at a macro-level, although the latter allows for granular control for almost every graphical setting. But this isn’t the case with all games. Call of Duty: Infinite Warfare, and Titanfall 2, while supporting the PS4 Pro, don’t have any options within their game menus that explicitly make use of this, despite there being an obvious visual improvement.

While the aforementioned games have their PS4 Pro patches built-in, the enhancements that it brings aren’t mentioned anywhere on the box. Perhaps it was a scenario where the schedules between the game’s release and the PS4 Pro’s simply did not align? Hopefully this will not be the case with upcoming titles. 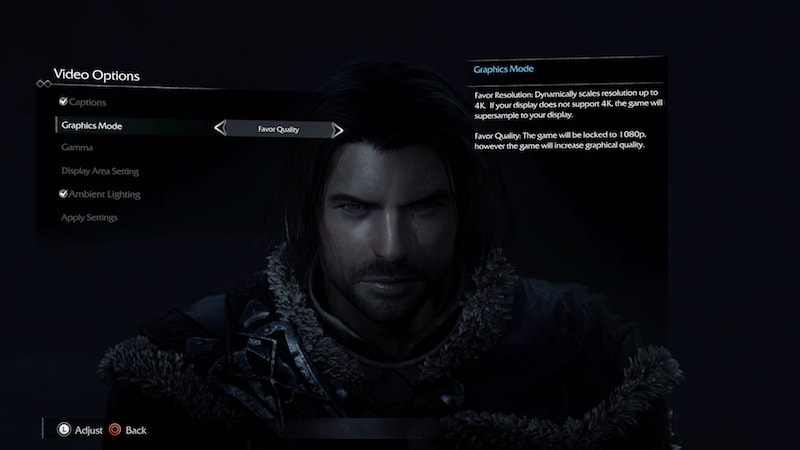 The PS4 Pro patch sizes aren’t small and don’t add much to the PS4
In most cases, expect to download a few gigabytes before you can enjoy a game in all it’s PS4 Pro-approved glory. Older titles like Infamous Second Son and its standalone adventure, Infamous First Light clock in at 3.6GB and 2.5GB respectively. Others like Middle-earth: Shadow of Mordor needed an 8GB patch for PS4 Pro support. The likes of Rise of the Tomb Raider, and Ratchet and Clank, were a tad more economical at 446MB and 471MB respectively.

However, this is a temporary situation. The future will see PS4 Pro support baked in. Games like Call of Duty: Infinite Warfare, and Titanfall 2, both have PS4 Pro support on disc itself, as does Dishonored 2.

If your standard PS4 is connected to the Internet, you will need to download these patches before playing any of the supported games online. These will, for most part, bring HDR to the PS4 and PS4 Slim, which could be taken advantage of if you have a display that supports it. For the most part it’s a move that adds a major annoyance for existing PS4 owners, and it’s unclear if Sony will continue making these updates mandatory for those with no intention of upgrading their displays or consoles.

Do you plan to buy the PS4 Pro or keep your existing PS4? Will the PS4 Pro tempt you enough to consider console gaming, if you’re on the PC or Xbox One? Or are you more confused than ever? Let us know via the comments. Stay tuned for our PS4 Pro review.

PS4 Pro vs PS4: What's New, Different, and Everything Else You Need to Know
Comment