At BlizzCon 2017, popular hero shooter Overwatch got a new character for you to play as - Moira - as well as a new map called BlizzardWorld. While updates like this are par for the course given Blizzard’s attention to Overwatch, it made us wonder what the technical ramifications of such moves are to a game that’s been receiving steady updates since its inception. Gadgets 360 spoke to Tim Ford, Lead Engineer for Gameplay Systems on Overwatch at Blizzard to find out more.

“If there’s one thing that always scares me when it comes to new characters, [it] is teleportation," says Ford. "Moira doesn't exactly teleport. She turns invisible and then she moves. That's great. Sombra teleports. D.Va technically teleports because she summons a mech and gets in that. Tracer teleports. Those heroes give us the most grief [as they’re susceptible to glitches and exploits that break the game]. At launch Reaper gave us so much grief because he teleports. So my first instinct when it comes to new heroes is: ’Can she teleport? No? Cool. How many legs does she have?’"

"These are some of the concerns. Orisa for example is a quadruped [which is challenging] because we haven't done any animation systems for quadrupeds yet, so that's going to be a tech concern right there," Ford explains.

In terms of tech, Overwatch doesn’t use a third-party game engine like Unreal or Unity. Instead, it uses a set of custom tools developed at Blizzard. Ford shed light on Overwatch’s engine.

“It's a proprietary custom engine, the game is in C++, our tools are C++ and C#," he says. "We have a very senior team who have been exposed to not only a lot of proprietary engines made within Blizzard but also, off the shelf engines that are available to the industry at large so we very much stand on the shoulder of giants when we make an engine for a game like Overwatch."

"We were able to take learnings from all the way like Quake World, to some of the earliest online games, through Source [engine games], through a whole bunch of other technologies even reading up white papers from the teams behind Tribes,” he says. 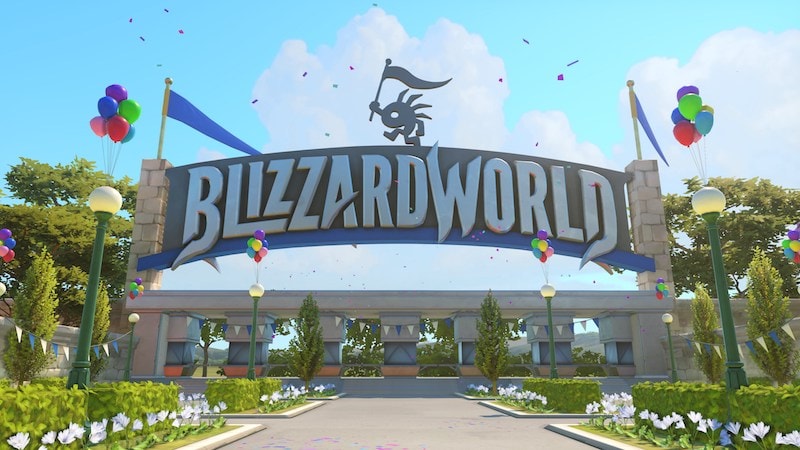 BlizzardWorld is one of the new maps coming to Overwatch early next year.

With Overwatch being available on the PS4, Xbox One, and Windows PC, it’s one of the rare Blizzard games that’s not on the Mac. It's odd considering that every other Blizzard title has graced Apple’s line of computers. Ford explained why Overwatch will not be making it to the Mac.

“We have no plans of giving this game on the Mac," says Ford. "There are several technology decisions that Apple has made that has made it a little difficult for us to release Overwatch in the way we want it to be consumed, and that is why we haven't pursued it."

On the topic of platform decisions, we brought up how the Xbox One version of Overwatch has more achievements when compared to the PS4’s trophies - Sony’s answer to achievements.

“I can't give you the specific details, I don't recall of the top of my head," he says. "But I do know they have to do with just the different rules and arrangements that each of the console manufacturers have with respect to trophies and achievements so to speak. Yeah, that's all I can say in detail."

The conversation moves onto Overwatch’s netcode. Despite being an online multiplayer game, it’s been perfectly playable for us even via 3G and 4G connections, using our phones as hotspots. Ford tells us it was discovered early on development when he was visiting a friend in North Carolina, and could not connect to the Wi-Fi network.

“Whenever I connected to his Wi-Fi the whole Internet would go down for the entire house," he says. "I tried tethering from my phone and played from North Carolina connecting to servers in LA over my cellphone and it worked great. I was playing online online with Phil Orwig, one of our net code engineers and I told him 'I'm playing on a cellphone right now, the game runs fantastic, this is going to work' we had that working years ago really early. I would have to play nonstop for a week straight to even get close to our 2GB limit.” 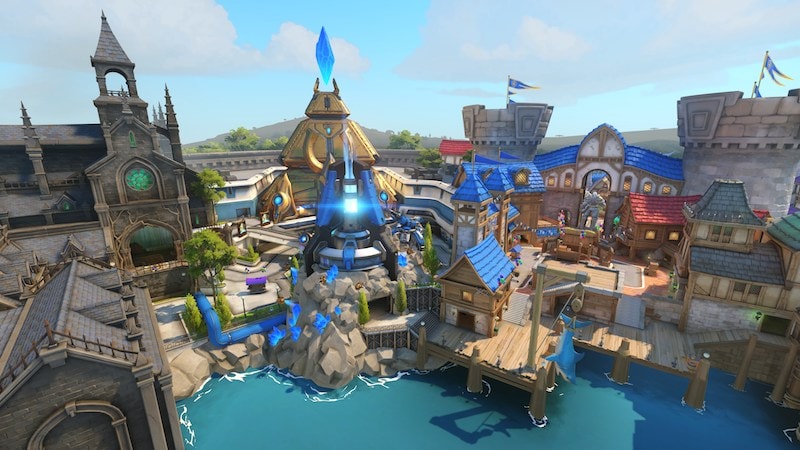 BlizzardWorld has callbacks to other Blizzard games like StarCraft.

This would mean that if Blizzard decided to bring Overwatch to the Nintendo Switch, the net code would not be the limiting factor. Ford replied in the affirmative.

“No plans to bring it to the Switch. Though netcode wouldn't be the problem there,” he says.

With games like Playerunknown’s Battlegrounds and Fortnite have popularised the Battle Royale genre, we had to ask if Blizzard had plans to bring something similar to Overwatch.

“That would be really fun. We certainly fantasise what Battle Royale would be like in the Overwatch universe. But we have nothing to announce as of now. It's cool to see genres like that pick up steam and really see how industries react to a new genre as the case may be,” he says, then hints at possible technical limitations.

“That's a factor [the net code] when you talk about games at that scale, that's absolutely a factor. It's certainly an exciting assignment for me as an engineer who has worked on game architecture and net code to solve that problem. Overwatch as it is today works with 12 players.”

Finally, we asked if Blizzard had plans in place to migrate PS4 and Xbox One Overwatch players to the next-generation of consoles. He left us with this.

“We'd try to do right by the players under the constraints of the first party platforms that's the best answer I can give. It's too speculative at this point. One guiding value for us that's been doing really well is do right by players.”

Disclosure: Blizzard sponsored the correspondent's flights and hotel for BlizzCon 2017.