Nintendo Switch: The Good, the Bad, and the Barely Okay

Nintendo Switch, the Japanese company’s newest console, arrives March 3 at $300 (about Rs. 20,500). That’s not the only thing we learned from the Tokyo event last week. The Switch is available for pre-order in two variants – with a pair of grey Joy-Cons, or one red and blue each. Nintendo also showed a bunch of games, including new Zelda and Mario titles.

The Nintendo Switch will also have its own online service à la PlayStation Plus, which apart from facilitating online multiplayer, will also provide titles from NES and SNES generation. A lot more information has trickled in since, via video demonstrations, interviews, and the official website.

It can be a little too much to track, but you're interested in buying a Nintendo Switch, you’d probably like to know the pros and cons. We decided to sift through it all to look at the good and the bad.

1. Good – Local multiplayer out of the box
In a world that emphasises always-online gaming and online-only multiplayer, it’s great to see Nintendo providing the option of local multiplayer with the Switch, right out of the box. Depending on the game you’re playing, say Mario Kart for example, you’ll be able to hand one-half of a Joy-Con pair to a friend, and play split-screen.

This works in both Nintendo Switch modes – portable or docked – which is a nice touch, as it allows you to have a social experience at home on your big screen, or on-the-go during a road trip, a train ride, or a flight. 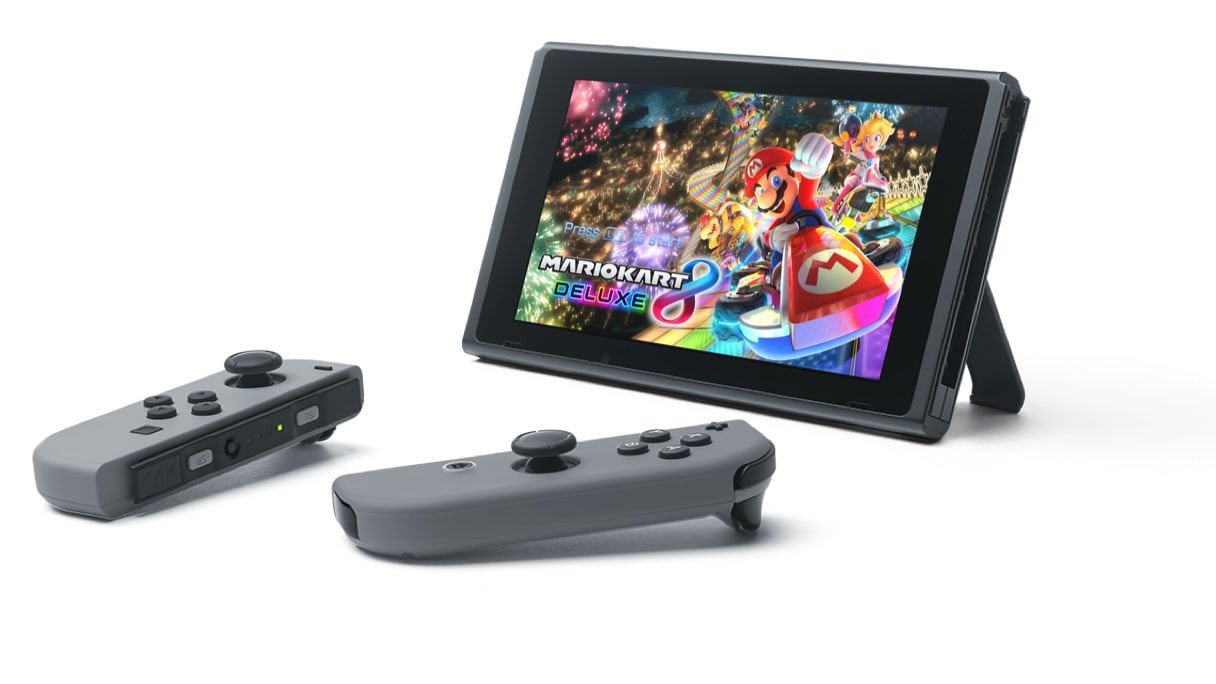 That’s not the case with existing consoles, even leaving aside the factor of portability. Even if you have a friend with a PlayStation 4 or an Xbox One, many games today only let you play together if you're both online, via the Internet - even if you're sitting in the same room. Even games that do support local multiplayer require you to pay extra to buy a second controller - which won't get used most of the time.

With a Nintendo Switch, you could easily show up at a friend’s place – it’s lightweight – and get into two-player action without having to worry about sourcing a second controller.

2. Bad – A small selection of games at launch
At its Tokyo event on Friday, Nintendo talked about a whole bunch of games. But only two of them will be available alongside the Switch launch on March 3 - The Legend of Zelda: Breath of the Wild, and innovative party game 1, 2, Switch.

The former was originally developed for the Wii U, but after many a delay, the name has been tweaked for it to become a Switch launch title, with a corresponding Wii U launch in tow. 1, 2, Switch, meanwhile, is a two-player game that’s meant to be played looking at the other player, so it has minimum designed graphics.

The reaction to a tiny launch line-up for the Nintendo Switch has been far from positive, with some pointing out how it’s less than what Nintendo provided with Wii, Wii U, and 3DS.

The Nintendo website has been updated after the event, in a possible reaction to the frustration, and now two other games – Super Bomberman R, and Skylanders: Imaginators – will now be available alongside console release on March 3.

3. Good – A new Zelda title, and Mario Kart in April
While the lack of launch title push is a worry, hardcore Nintendo fans will be more than happy with the new Zelda game, which looks amazing and plays well – docked and on the move – according to people who have spent time with the Switch. Its open-world approach is bound to enthral long-time Zelda gamers, which also changes the expectations you’d normally have from a Zelda title – it’s a bit more relaxed, and encourages you to explore.

If you’re craving an adrenaline rush, Mario’s first appearance on the Nintendo Switch will come in an updated fashion, Mario Kart 8 Deluxe. The game is scheduled for release on April 28, and the support for a variety of gaming modes – 4-player split-screen, 8-player across multiple Switch consoles, or attaching the Joy-Con into a wheel accessory – makes it the perfect game for the weekend.

4. Bad – No charging grip included
Included in the Switch box, you get what is known as a Joy-Con grip, which you attach your pair of Joy-Cons to get the more traditional feel of a controller. It’s also available separately, for $30 (about Rs. 2,000). But wait, there’s a catch. Those two aren’t the same thing, as you’d naturally assume.

The hint lies in the name – the one sold standalone is called a Joy-Con Charging Grip, which includes a USB slot unlike the grip sold with the Switch. That means the premium $30 addition allows you to charge your pair of Joy-Con while your Nintendo Switch device is docked into its station.

Not bundling this with the Switch seems like a bit of a cheap move on Nintendo’s part, which will most likely justify its omission to keep the base cost low. For what it’s worth, the Joy-Con has a battery life of around 20 hours, though it will get shorter with use.

It does take three and a half hours to charge them back though, so if you don’t get the Charging Grip, you won’t be able to play during that time in docked mode.

5. Good – microSD card slot
A large portion of phone manufacturers today prefer to go the route of offering additional in-built storage at a premium, rather than provide a microSD card slot. Thankfully, Nintendo has opted for the opposite – stick to a single 32GB storage version of the Switch, and then allow owners to expand it up to 2TB (theoretically, at least) via microSDXC cards. 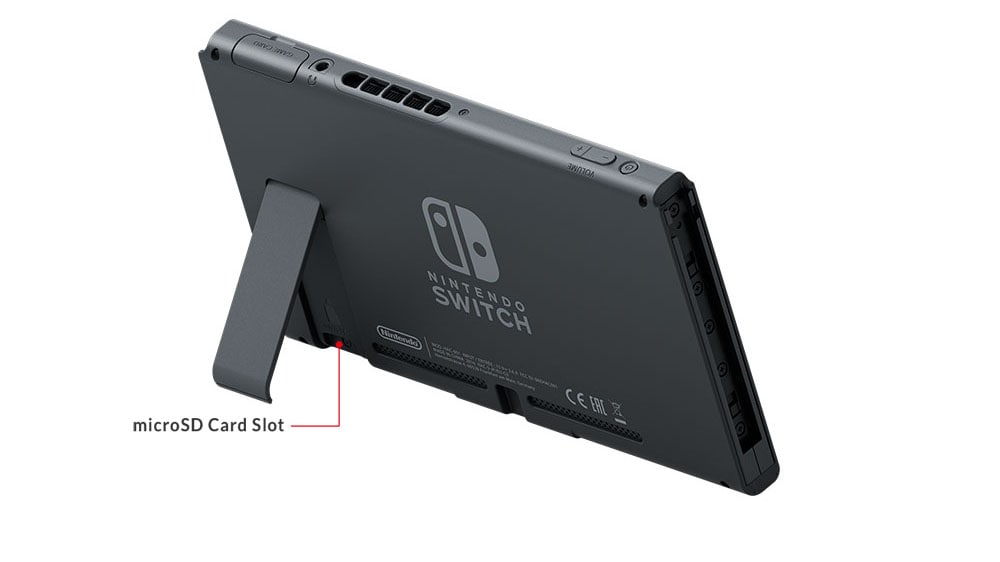 If you buy physical copies of all your games, you’ll probably never need the extra space requirement. But should you decide to go the digital route, you’ll need to shell out for a microSDXC card. The Legend of Zelda: Breath of the Wild, for example, is rumoured to take up around 13GB of space.

6. Bad – Monthly free games disappear after the month
The online service for Nintendo Switch, which sits alongside the likes of PlayStation Plus or Xbox Live, may not have an exact name or price yet, but we do know one important thing. In an interview with Wired, Nintendo of America president Reggie Fils-Aime acknowledged that the one free game per month will only be available during that month.

That’s a sharp departure from how Sony and Microsoft handle their free games of the month, which remain available at no extra cost if you keep subscribing to the monthly service. With Nintendo, should you want to continue playing a NES/ SNES game after that month, you will need to buy it outright.

Aime also pointed out that voice chat – another feature part of subscription-based online services – would be available via a smartphone app, and not directly through the Nintendo Switch. That’s bound to cause confusion for players, having to manage audio from two different streams.

7. Barely okay – 2.5 to 6.5 hours of battery life
On the face of it, this may not seem like a good thing. Nintendo further notes that this changes on your activity, as you’ll able to get 3 hours with a game such as Breath of the Wild. The Switch isn’t your primary device though, and the ubiquity of battery packs – you probably use one already for your phone – means you shouldn’t be too far from a quick recharge.

What doesn’t help is the sheer size of the battery inside the Nintendo Switch, rated at 4,310mAh. You’re going to have to carry around a big enough battery pack if you spend a lot of time on the move, or hope there’s a powered USB port near you. 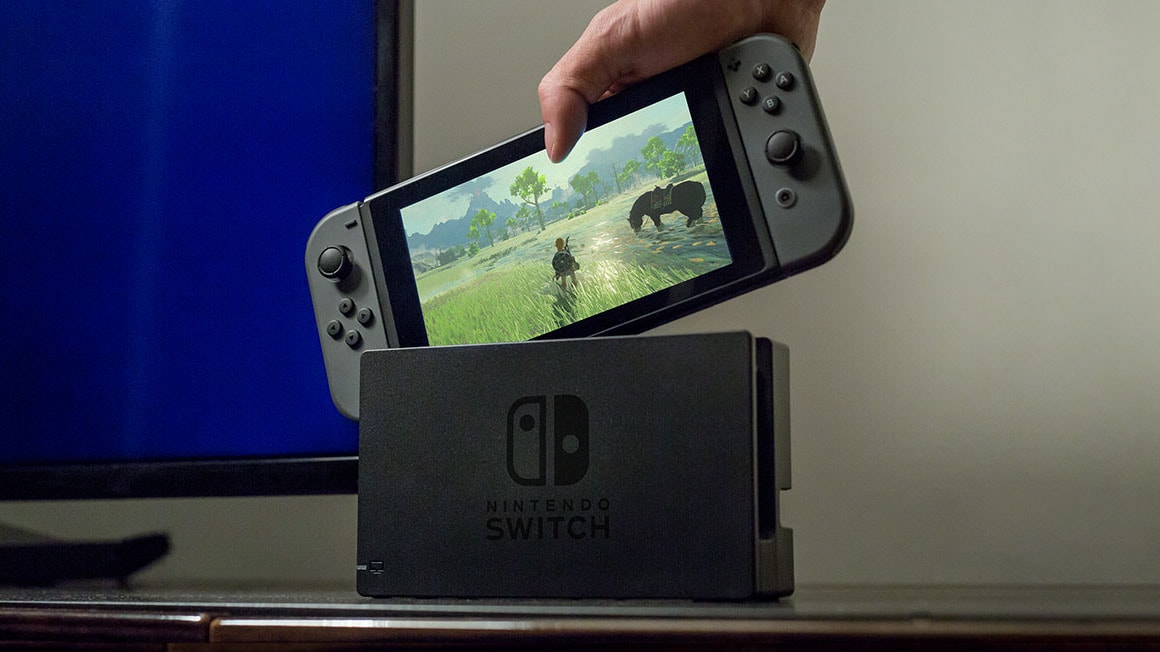 Nintendo understood getting the price right would be a key selling point, and some aren’t convinced even at the current price tag.

The company’s share price took a hit with the $300 price tag after the reveal on Friday, so you can only imagine what would have happened had the Switch touted a larger display, and corresponding price increase.

Is it time to Switch?
We’ll inevitably find out more about the Nintendo Switch, Aime said as much in an interview: “There’s 40-some odd days between now and launch. There are more details to come.”

It should shed light on other niggles – no support for Netflix, and backward compatibility – that may well play a role in people deciding on the new console.

Further reading: Nintendo, Nintendo Switch, Mario Kart, Zelda, Joy-Con
Akhil Arora Email Akhil
Akhil Arora covers entertainment for Gadgets 360, interviewing stars such as Christian Bale and Anurag Kashyap, covering series premieres, product and service launches across the globe, and looking at American blockbusters and Indian dramas from a global socio-political and feminist perspective. As a Rotten Tomatoes-certified film critic, Akhil has reviewed over 150 movies and TV shows in over half a decade at Gadgets 360. When he is not completely caught up with new film and TV releases, Akhil ...More
IT Minister Asks Qualcomm for Innovation on Aadhaar-Based Payments