With video games increasingly going digital, we’ve seen the likes of Limited Run Games cater to the section of gamers looking for physical copies of the titles they want to play (or to display on their shelves). They're not alone in doing this - Germany-based Strictly Limited Games is a two-man operation consisting of Dennis Mendel and Benedict Braitsch, dedicated to bringing digital games in your hands. The company’s first release was stellar indie action game, Tokyo 42. This was followed up by 2D medieval shoot ‘em up Gryphon Knight Epic and retro-themed brawler, 99 Vidas. Gadgets 360 spoke to Strictly Limited Games’ Dennis Mendel to find out more, starting with asking how games are selected for the Strictly Limited treatment.

“Well, basically we choose games that we, as fans and collectors, would love to see in our shelves. So in most cases it’s our gut feeling that comes into play as the most decisive factor. Of course suggestions from fellow gamers are very welcome as there are so many great games out there and it is virtually impossible to keep track of them all,” Mendel says.

While it might seem like a self-serving enterprise to simply bring on board what the duo want, this will change soon. Mendel wants the community to have a larger say not only in the games that it is releasing, but in the bonuses that get packed in with each release such as post cards or even steelbooks — special metallic cases which are usually reserved for collector’s editions.

“Steelbooks could definitely be a thing, but it depends on how many people really want that. We have some nice specials for the retro game lovers up our sleeves and we hope people will like it. The feedback from the community is extremely important so in the near future, we want them to have more decisive influence on our releases,” he says.

This matters a lot because Strictly Limited lives up to its moniker by staggering releases out to not more than a single game a month. According to Mendel, doing that allows developers more time and a platform to be seen by more people. “We release only one game per month [which is] what makes every release special. The developers we have talked so far really appreciated the fact, that we offer them a stage to present themselves to a broader audience. The people behind these games deserve much more public attention as they are apparently getting at the moment,” he says. 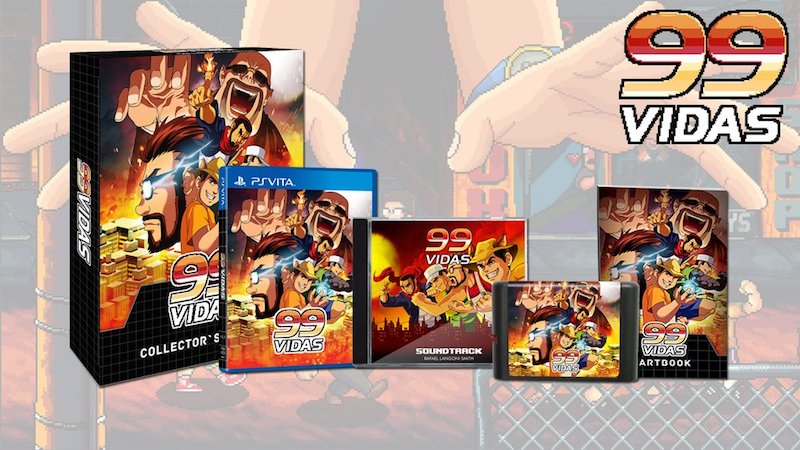 To Mendel, the longer time frame could translate to a larger audience as well. He admits that the audience for physical games is usually the domain of collectors, although this is changing. “There are also many people who would not call themselves collectors but who grew up with physical media and who just don’t like the fact that with digital downloads, you don’t own that specific digital copy of the game, you have only acquired the right to use it. And by presenting the devs and their ‘baby’ on our website, we hope to broaden the audience for these great games even more,” he explains.

On that note, we brought up the topic of video game preservation. The game industry doesn’t have the best track record when it comes to maintaining its own body of work. According to Mendel, a former game researcher, part of the problem lies with the acceptance of games as a media compared to the likes of music and films.

“I do have the impression that the industry as a whole has not yet understood the importance of their own creative work. But this is not only the responsibility of the gaming industry; it is also the politics obligation to address this issue. Movies and the movie industry are already far ahead which ensured their societal and academic acceptance,” he stresses. “In my opinion video game preservation as well as the establishment of ‘game literacy’ both play a significant role in the advancement of games. Games can teach us a lot - no matter if they are good or not so good, you can always learn something by looking more closely. But this requires a library or an archive that gives you access to these games and you also need scientific as well as practical assistance to point you in the right direction.”

Having said that, we wondered if Strictly Limited Games could bring back out of print titles for consoles like the PS1 and PS2. While this seems unlikely, efforts are underway to bring games that aren’t available in material form or those that haven’t been released.

“This is a very difficult subject. Of course we’d love to re-release gems like Kyuiin, Gaia Seed or Rapid Angel, just to name a few. But besides the manufacturing and licensing processes that raise many questions and problems, it’s also a financial issue. We are very small and we cannot act on too many different fronts. Even though they’ve become rare, these games are physically available at least somehow, so we think we should concentrate more on those games, that have not yet been available in physical form before…or on games, that have never been released in any form, for that matter. Stay tuned,” he teases. 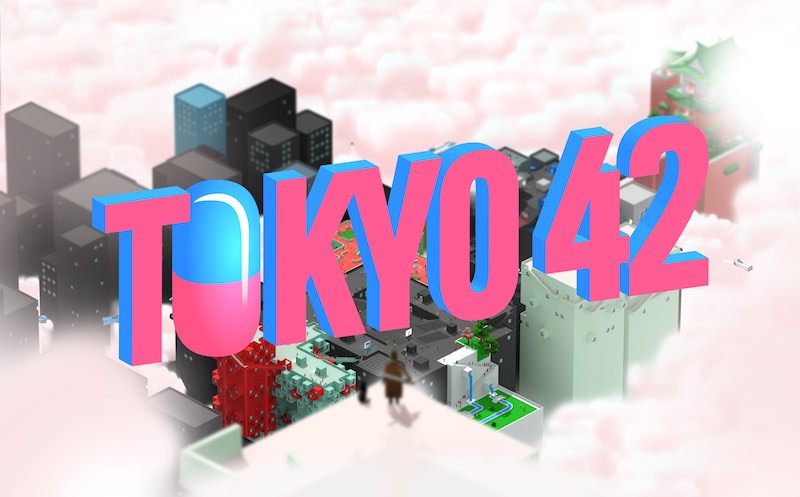 “Sayonara Umiharakawase ++ is a good example for what I would call a 'dream project'. It is one of those games with a long history. I played it on my Super Famicom more than 20 years ago, that just did not receive all of the attention it merits, at least outside of Japan. Despite the difference in our age, Ben and I, we both love 2D games and retro games in general. Umi ++ combines both, tradition and an exceptional style, so we really feel lucky that [Toshinobu] Kondo-san [the game’s creator] from Studio Saizensen is part of our story,” he tells us.

As for the PS Vita, it’s pretty obvious that Sony has all but written off the console. To Mendel, though, the lack of support from its creator is far from a detriment. “Just like the Dreamcast, the Vita is a great console abandoned by its parents way too early. As long as devs are continuing to produce great titles, the community will be large enough to justify physical releases, I hope,” he believes. Having said that, Mendel adds that he sees the Nintendo Switch taking on the mantle as a powerful, games-focussed handheld.

“Besides the Switch I see no other game system at the moment that could fill that gap as we will probably never see a PS Vita 2,” he muses. We wondered if we’d see games for Nintendo’s console from Strictly Limited. Currently Mendel says the intent is to get the company’s workflow for the PS4 and PS Vita in control before “reinforcing the resources for Switch development and publishing. What I can say is that there are already some potential Switch releases on our table but we don’t have anything conclusive yet.”

Considering that most physical releases are on the PS4 and PS Vita due to Sony’s flexibility in terms of quantity manufactured, could Nintendo offer the same courtesy?

“Nintendo’s Switch is a great success and Nintendo were completely packed since the beginning. Now that the initial waves have calmed, Big N was able to lower the barriers to entry [for bringing independent games on cartridge for the Nintendo Switch]. I am not sure if there ever will be the same flexibility as with Sony, but we’ll see,” he says, referring to the minimum order quantity allowed by these companies. The minimum order quantity or MOQ as its known in distributor parlance is the commercially viable lowest number of a game that is produced for sale.

For its part, Sony allows the PS4 and PS Vita physical game MOQ to be as low as 1,000 units. Previously, Nintendo's MOQs had been 6,000 units for the Wii U and Nintendo 3DS. While Mendel could not go into specifics of what the Nintendo Switch MOQ is, we won't be surprised to see an announcement sooner rather than later given that the likes of Limited Run already have games for the Nintendo Switch lined up.

Despite no plans for bringing its games to the Xbox One (due to Microsoft requiring a minimum run of 75,000 discs, according to sources in the supply chain speaking to Gadgets 360 - the Xbox 360 had a 50,000 unit MOQ), Mendel suggests that Strictly Limited has "plenty of ideas [about] what could be done on that platform.”

With three games to its name, Strictly Limited Games has built a steady clientele of returning customers Mendel tells us. What’s more is, it extends well beyond its borders.

“Since the release of Gryphon Knight Epic we already have attracted customers from more than 40 countries which is just incredible. Even though we are based in Europe about half of our clients are from North America and we are doing our best to making progress in Europe, Asia and the other continents as well,” he claims.

Finally, being based in Germany that’s known to have a strong PC gaming culture (to the point where games like Gone Home and Limbo received boxed releases in the country) could Strictly Limited Games bring its expertise to PC? Mendel left us with this:

“Germany has very strong PC gaming culture indeed and we enjoy games on PC too. Unfortunately a lot of PCs (at least outside of Germany) don’t have a disc drive nowadays. Not being able to use and play the disc is a major problem with physical PC releases. An option would be, to include an additional download code for the game, but it’s just not the same as inserting the disc and playing a game straight away.”