Set in a fantasy world, you are in the role of a hunter attempting to defend the game's villages from the colossal threat known as the Fated Four — formidable beasts that roam the lands. And while the plot may be an excuse to beat down a host of gigantic creatures, if you were expecting a game in the mould of Monster Hunter World, you will be disappointed.

What this means is that a host of quality of life improvements are amiss. These range from omissions such as the lack of damage numbers when wailing down on an enemy (which makes it tough to gauge how effective your weapons are) to loading screens for each area that breaks the flow of play. And yes, visually it doesn't hold a candle to Monster Hunter World, which is no surprise given the Nintendo Switch's specifications when compared to the PS4 and the Xbox One. Nonetheless, there's still enough to make you want to continue playing.

For one, monster interactions are a treat. Take the green and red Great Maccao for instance. It's a birdlike wyvern that springs into action, attacking with giant leaps and calls forth hordes of allies to assist when its weakened. With flamboyant animations and over the top attacks, combat feels a lot more exciting with surprises aplenty due to the seemingly expanded set of attributes at their disposal. This applies to its more formidable foes such as the Gravious, a stony dragon that expels sleeping gas in addition to shooting concentrated beams of fire and has a thick tail with a mace-like club at the end. To complement this, there are a ton of super moves known as Hunter Arts that can be used by tapping on the Switch's screen that allow you to use powerful attacks or evade hits with ease.

Throw in six different combat styles — such as Guild, which prioritises a balance between the number of Arts you can use and the traversal options at your disposal; and Aerial that lets you jump and mount large monsters or even leap off other players — and there are enough options for beginners as well as more skilled players alike. Furthermore, mixing styles, Hunter Arts, and weapons — ranging from dual blades, swords, or the gunlance, which lets you fire artillery shells while impaling your prey — allows for a host of customisations to craft the game's combat system to your advantage. 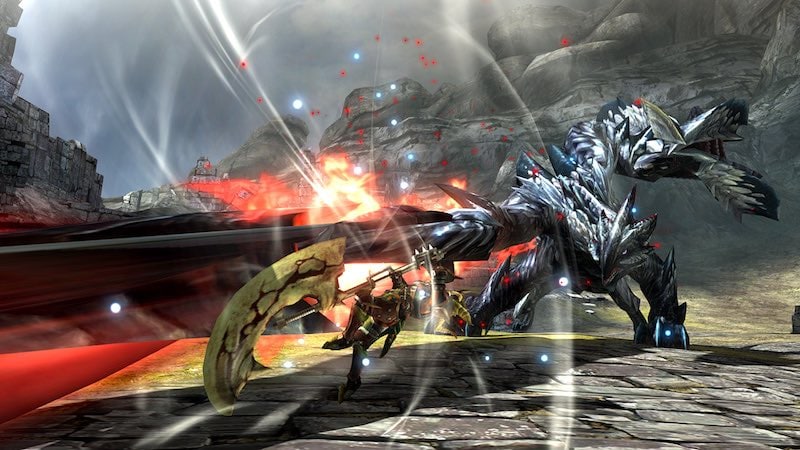 The combination of a wild, wide variety of monsters and a surprising amount of depth and choice of weapons, Arts, and combat styles makes Monster Hunter Generations Ultimate a game where preparation is key. It's further compounded by the fact that you can't restock items or change gear mid-mission. Outside of what you find on the field, you're restricted to your choices unless you quit the mission.

We realised this first-hand in co-op. While connecting two Nintendo Switches was easy and the gameplay was free of any lag, our target — the aforementioned Great Maccao — was a pain to kill given that our weapons and gear weren't up to the task resulting in us failing our quest. A couple of bombs in our inventory would have been handy as would have been more potent weapons like the gunlance. It didn't help matters that coordination between players in co-op has relying on using preset messages available with the tap of the L button to indicate you need healing or to rally your party to a location instead of voice chat because the Nintendo Switch doesn't support that in a manner that's feasible just yet.

Short of Capcom building its own API for voice chat like Epic Games did for Fortnite on Nintendo Switch, it makes online co-op a bit of a struggle unless you're fine with using Discord or Skype while playing.

Based on its early hours, Monster Hunter Generations Ultimate is enjoyable despite its quirks. How it scales with its many features and gameplay elements will be a point of interest given Monster Hunter World's depth and polish. Find out in our full review later this month.

Monster Hunter Generations Ultimate releases for the Nintendo Switch on August 28 carrying a price tag of Rs. 3,999 ($60 in the US).