Mass Effect: Andromeda on PC - The Best Version of the Game?

Mass Effect: Andromeda has hit the PC, PS4, and Xbox One this week. While the game’s been taken to task for its shoddy, meme-worthy animations, we’ve taken a closer look at the PC version to show you what you can expect if you decide to explore the far reaches of the Andromeda galaxy on the PC.

Mass Effect: Andromeda PC settings are aplenty
Firing up the game, we were treated to a host of options that can be tweaked and configured to your liking. From textures to shadows, vegetation to terrain, nearly every detail can be configured as needed with parameters ranging from low to ultra with medium and high along the way. A much appreciated field of view (FOV) slider is present too, allowing you to see even more of the game world. And there’s downsampling too — the ability to render games at 4K, and to then project them at 1080p for a higher quality image. As for anti-aliasing (to remove immersion-breaking jagged edges) both temporal and FXAA (Fast Appoximate Anti-Aliasing) are available. Suffice to say, there's a lot you can tweak to ensure smooth performance.

Mass Effect: Andromeda PC performance is great, even on mid-range PCs
Our test machine consists of an i5 3470 processor (3.2Ghz), 16GB RAM, an Nvidia GTX 1060 6GB, and a 500GB SSD on Windows 10. It’s not exactly the latest and greatest setup, what with the CPU and memory being vintage 2012 hardware. Nonetheless, Mass Effect: Andromeda was playable at 1920x1080 pixels resolution at ultra settings. We saw an average of around 42 frames per second (fps), dipping to around 38fps in heavy firefights. Trying our luck at 3840x2160 pixels - 4K - we saw a maximum of 20fps, with the performance hovering around the 15fps mark for the most part. The sweet spot was 1920x1080 pixels with all details tuned to high. This allowed us to achieve a solid 60fps without any issues. There were minor dips to 55fps but that aside, eking out the extra framerate was worth it given how fluid combat is in the game. It just makes for a better gameplay experience, with minimal image quality trade-offs, as the difference between ultra and high isn’t that big. 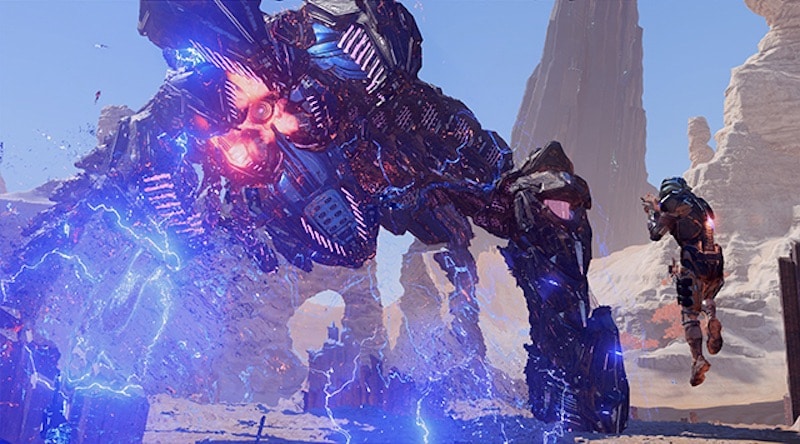 Mass Effect: Andromeda PC vs. Xbox One vs. PS4
As we’ve played the game across a number of platforms over the week, we’ve noticed some interesting differences between them. The Xbox One version has a softer image and slightly more inconsistent framerate — keeping a steady 30 frames during open-world segments, but for some reason, dropping well below that when indoors. As for the PS4 version, it plays slightly better with a consistent framerate in all but the most demanding of scenarios, and it looks a tad sharper too. They’re decent options but the PC version ends up looking better and performing better, even on relatively older hardware.

As for its animations? They’re a lot better on PC versus what we’ve seen on consoles. Characters emote naturally for most, part with subtle expressions and gestures that previous entries were known for. That’s not to say it’s perfect. There’s the occasional oddity, but it’s not as shabby as it is on the PS4 and Xbox One.

While the console versions have easy video and image capture options the PC is no slouch either what with Ansel — Nvidia’s souped up photo mode that allows you to take 360 degree screenshots with ease, and GeForce Experience making video recording and sharing dead simple. At this point in time, this is the definitive version of the game. 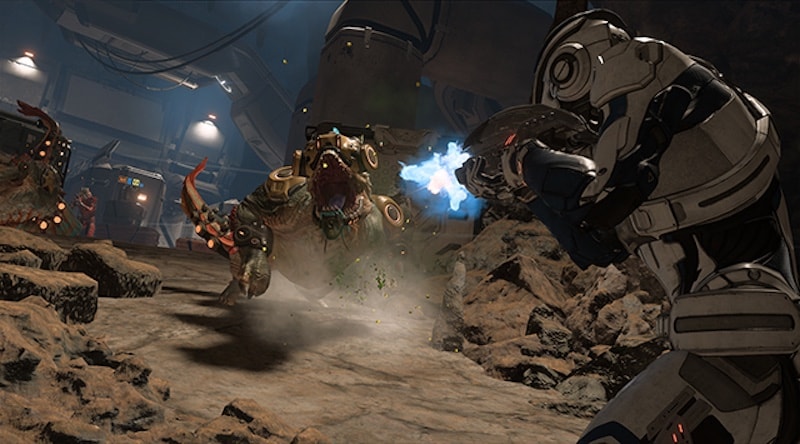 Mass Effect: Andromeda PC — the only flaw is trying to acquire it
Unlike its console counterparts, Mass Effect: Andromeda is available only digitally on PC.That's not just for India - this is the case in other markets like the US and UK as well. So while it’s the best version of the game, you’ll have to make sure you have the bandwidth necessary to download it, as the game clocks in at around 55GB. Considering how PC discs of previous high profile releases such as Metal Gear Solid V: The Phantom Pain, Doom, and Fallout 4 have been — forcing you to download almost the entire game in some cases, a generous data plan has essentially become part and parcel of modern day PC gaming.

However, if you have the hardware and the means, the PC version of Mass Effect: Andromeda is the one to get. It’s the no compromise experience of BioWare’s latest sci-fi epic.

Mass Effect: Andromeda on PC - The Best Version of the Game?
Comment