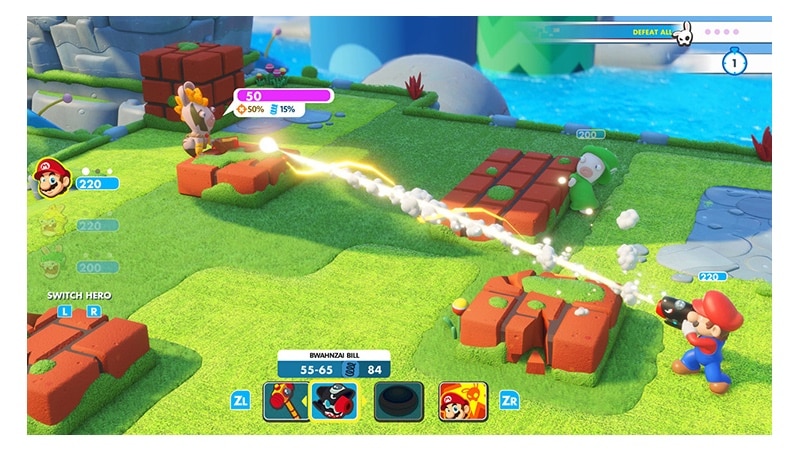 Mario + Rabbids Kingdom Battle is releasing on August 29. It should unlock at midnight in your region if you’re purchasing it via the Nintendo eShop. The game is also officially available in India, should you wish to order a physical copy.

Mario + Rabbids Kingdom Battle price in India
Mario + Rabbids Kingdom Battle costs Rs. 3,499 in India. You can order it via Games The Shop or the Nintendo eShop. There’s a collector’s edition of this game as well, which costs Rs. 5,999. It includes the game on cartridge, and its soundtrack on CD, a set of physical collector’s cards, and a six-inch figurine of Rabbid Mario.

The other big gameplay mode is the story mode, which is what most people will end up playing. The game has a pretty intriguing plot line where Mario, his friends and Rabbids unite to save Mushroom Kingdom, which hopefully Mario fans and new players will enjoy.

The game includes multiple characters that you’ll have to balance out during the course of each level. You can’t just expect to win levels with two tank characters, and support characters who can heal are just as important. There are other elements such as unique character abilities, which could give you an extra turn, or halt enemies while they’re charging towards you. All of these promise a well thought out gameplay experience.

How Mario + Rabbids Kingdom Battle Was Made for the Nintendo Switch

We spoke at length about Mario + Rabbids Kingdom Battle for Nintendo Switch on Transition, our weekly gaming and pop culture podcast. You can listen to it via Apple Podcasts or RSS or just listen to this episode by hitting the play button below.