While Kingston is perhaps known for its USB flash drives, RAM, and solid state drives (SSDs), the company also has its own line of gaming-branded accessories marketed under the HyperX label. In recent years, HyperX has been one of the more aggressive brands in India, launching a slew of products ranging from headsets to keyboards as well as having a presence at high-profile e-sports events such as the ESL India Premiership.

Recently, HyperX launched India's first SSD with RGB lighting called the Fury RGB and announced the brand would be a part of the inaugural Indian edition of long-running PC games and e-sports festival, Dreamhack. Gadgets 360 spoke to Vishal Parekh, Marketing Director at Kingston Technology India to find out what's next for HyperX.

Before that, however, we wondered what is the thought process behind launching an RGB SSD. While the craze of adding RGB lights is a big deal abroad, does what essentially amounts to a bunch of shiny lights on an SSD have the same appeal in India? Parekh believes events like Dreamhack would be a test of this due to its focus on BYOC (bring your own computer) tournaments.

"Show value is important for the gamers abroad where BYOCs matter a lot," he explains. "It's a big audience globally with people showcasing their PC mods and at BYOCs, no one wants to carry a machine that looks dead. We're waiting to see what would happen here with Dreamhack as it brings BYOC to India after a really long time."

On the topic of Dreamhack, it's just one of the many events the brand is at during the year. For Parekh, they're crucial in driving awareness for HyperX, particularly for its range of headsets.

"I can't tell you how good a headset sounds until you try it yourself," he says. "If I talk about dual chambers, it's all Latin to you until you actually play a game with it and understand how it works. We don't look at these kind of events in terms of ROI [return on investment] per se because it definitely is way beyond that calculation. India is probably in the kindergarten stage right now when we talk about gaming but we know it's going to be very big in the next three to four years."

And while HyperX views the Indian market as one needing a sustained, consistent investment over the long term, it's not shy about using e-sports events to boost sales.

"In 2017 we had our first flash sale at the ESL finals in Delhi," he says."The queue was huge and it's the most anticipated event in every show we take part in. So much so that at the ESL finals in Mumbai in 2018, we had people waiting at the counter two hours prior to opening. Buyers weren't just from Mumbai either. We had several groups from Gujarat as well. Conversions happen. Did it give us volumes? Probably not. But it helped us make people understand that this is what they should be looking for in a headset."

That said, HyperX's audience is largely made up of aspiring e-sports professionals, Parekh tells us. Although they rarely ask for peripherals for a specific game, they do ask for gear that works better with particular genres with the FPS (first-person shooter) genre being "asked the most."

Such is the craze for FPS games in India that it helped the HyperX Cloud Alpha headset be the company's most popular product in the country, we're told.

"It's positioned for FPS gamers and it helped that when people tried the Cloud Alpha out they felt the difference," he says. "And the price point was just perfect [MRP of Rs. 9,999]."

Interestingly, most of HyperX's sales last year have been online, and to an astonishing degree.

"Our sales are 80 percent online and 20 percent brick and mortar retail," he says. "From 2016 to mid 2017, everything was offline. We did not focus on online sales. Even if I tried to drive traffic to the page, people aren't going to buy it until they try it. In the early days there was no point pushing the audience to an online portal when they didn't know about the brand. Earlier it was banking on the Kingston name, now it's its own thing."

It was during this period Parekh tells us, that HyperX doubled down on using events to create awareness.

"The events we did weren't just ESL and Nvidia Gamer Connect, we also did cafe programs," he says. "At the time we'd tell people if you like it you could buy it at your local PC store nearby. Now we have a good number of people who bought it so it makes sense to spread sales online."

Speaking of audiences, does HyperX plan to cash in on the Fortnite and PUBG Mobile craze that's driven up the demand for peripherals like controllers and headphones?

"We've noticed a shift where people have starting using earphones now," he says. "Before, playing mobile games was done on mute to not disturb people around. Now mobile gamers, particularly younger ones, are using earphones."

"While we're talking about PUBG Mobile here, in western countries they're more about Fortnite," he continues. "We're seeing peripherals take a big leap in sales. When we look at mobile games, PUBG is just one example, we're sure to see more given the success it has had. We're going to come up with a series of lifestyle products, an entry level headset for mobile phones is on the way too." 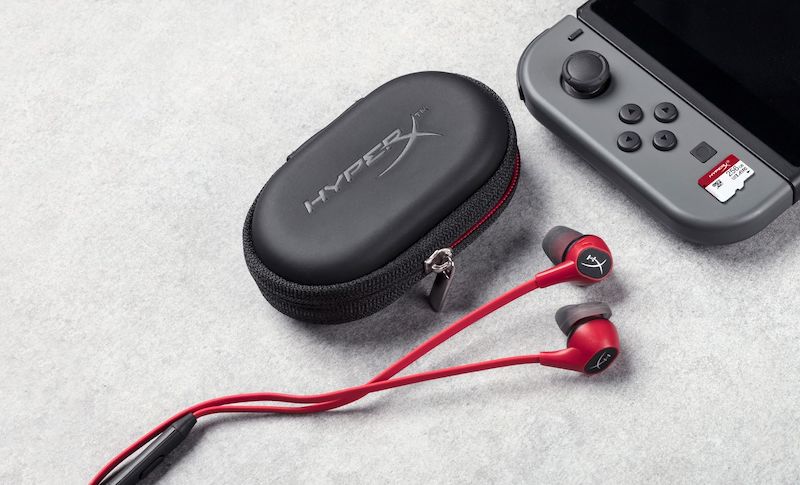 And while Parekh couldn't divulge on what exactly to expect from HyperX just yet, he did give us his candid opinion on the e-sports scene in India. Despite of HyperX's aggressive approach to market, it hasn't sponsored local teams and doesn't plan to any time soon. It's in sharp contrast to its international operations that see several teams sponsored by HyperX.

"We've been trying, we're still looking for the right team to come up," he says. "Sad but we haven't reached a level where we've found a team that can represent India globally."

In a year that's seen a global e-sports company like Optic set up India operations only to shut down after a member of its Counter-Strike: Global Offensive team was caught cheating at an international tournament, Parekh's comments come as no surprise.

We probed further, wondering if it was a question of talent. Turns out that's far from the case.

"It's not just talent, but it's maturity," he says. "Talent-wise I have no doubt. Most players just look at it as playing for themselves instead of playing for a team. We need people who can teach and show them how teams work. They're not exposed to that. They have to know what they're playing for. That and surviving at least for a year."