How to Get the Best Deals in the Steam Summer Sale 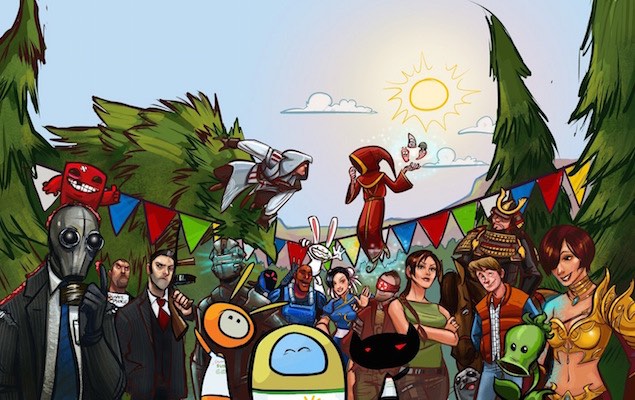 One of the reasons for Steam's dominance in the world of PC gaming is its regular sales. Dubbed Steam Sales, there two big ones each year, in the summer and winter. The Steam 'Monster' Summer Sale 2015 (June 11-21) is now live with some great deals on popular gaming titles.

Since it's running parallel to E3 2015, you'll be checking out the latest video game announcements as well as having to continuously refresh the Steam page for the latest and greatest deals. Which is why we've devised this handy guide to help you save time and get the best deals throughout the sale.

1. Don't buy anything on the first day
It might sound counter-intuitive at first, but early deals are usually not the best ones. Unless it's the last day of the sale do not buy games, except for daily deals, flash sales, or a community choice discount. Instead of a 20 or 25 percent discount you'll see on day one, games marked as daily deals, flash sales, or community choice are usually discounted anywhere between 66 to 75 percent, making them the best choice.

2. Work on your timing
Daily deals last a whole day, while flash sales and community choice discounts last eight hours. Plan your shopping accordingly to avoid last minute purchases, and avoid the surge of late buyers that could lead to painful checkouts.

3. Exercise your right to vote and get paid
Well, almost. Valve has often asked the community to vote on what games they would like to see discounted. Voting nets you Steam cards that are unique to the sale. You can then sell the cards on the Steam marketplace immediately, as they diminish in value as the sale wears on. Selling Steam Sale cards quickly helps you rack up some money to offset the cost of the games you want. 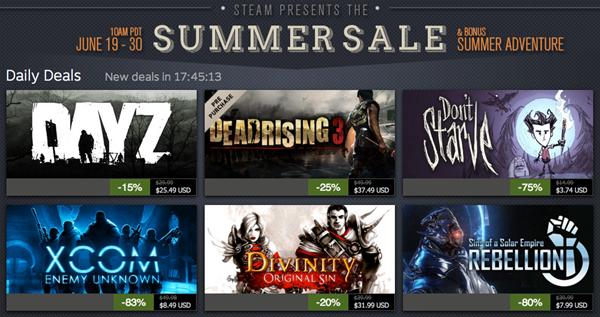 4. If it isn't up front, it isn't cheap enough
As the sale continues, Valve refreshes its front page to ensure only the best deals catch your attention. Though most games are discounted, digging deep past the initial lot usually results in paltry discounts at best. Instead of digging deep for deals, hold tight for the last day, as the game will either get a better discount, or the price will at least not rise during the sale. Either way, always remember that if it's not on the front page it isn't discounted deeply enough.

5. Regret nothing
So, you missed out on a game that was heavily discounted? Fret not, usually the last two days are reserved for an encore of the best deals. More often than not , what you missed out on will be at the price you desire towards the end of the sale.

6. Bring some friends
Steam Sales are a great time to get discounts on multiplayer games. Even more so with friends. In the past we've seen scenarios where buying four copies resulted in one being free, making this the opportune moment to get your multiplayer fix cheaper if you bring friends along.

7. The wishlist helps you win
You might not be at a PC 24/7, perhaps or you have a life. We won't judge. Regardless, you'd be best served adding the games you want to your Steam wishlist. If they're on sale (and you haven't fiddled with your settings) you'll get an email notification, making buying an easy affair.

Are you looking forward to the Steam Summer Sale? Tell us which games are on your wishlist, via the comments.

Apple Game of the Year Threes! Goes Free
Twitter CEO Dick Costolo to Step Down in Yet Another Shake-Up