If you're an iOS gamer, then you might have checked out Midnight Star already. The free first person shooter is an enjoyable game that's only hampered slightly by freemium elements. The game - which plays like an on-rails shooter with a few tweaks - doesn't gate too much content behind hard-to-fill energy timers, but upgrades are painfully slow, and without them, the going can get very tough. But what's particularly interesting about this game is that its release was accompanied by another app, called Midnight Rises.

Midnight Rises is a comic book app that also follows a freemium model - the app is a free download and it comes with the first chapter, but the subsequent chapters are locked behind Rs. 60 in-app purchases. It's an interesting model since the main purpose of the app is to tell the story of Midnight Star. But at the same time, there's little to tell it apart from a premium comic book - it has been written by John Scalzi (Redshirts, Old Man's War) with art by Mike Choi (X-Men, Fantastic Four).

The two apps co-exist and complement each other in telling a story. The more you play Midnight Star, the more you'll develop snippets of the story, but in the comic, there's a wealth of detail that wouldn't be possible in a game without completely breaking the flow of play. Midnight Rises makes good use of the fact that it's an app too - there are times when you'll make small decisions, and times where you can change the flow of the story - interactive elements and small animations help it to stand out from a regular comic book.

This also allows Midnight Star to focus on its real strength - gameplay. Sure, the game also manages to build a compelling story, but it does this in very short snippets between missions. A mobile game has a very short stop-start cycle, and in this setting, it becomes very difficult to tell a story to a gamer who won't necessarily be engaging with your content for extended periods. 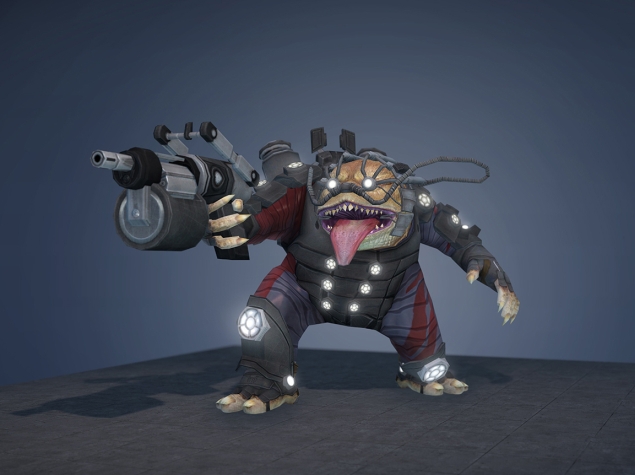 What's interesting is that even in cases where the game is suited to telling a story, going with a comic book can be a good way to keep the flow ticking between episodes.

Pinkerton Road recently released Gabriel Knight: Sins of the Fathers 20th Anniversary Edition, a murder mystery with heavy supernatural elements where play is limited to pointing and clicking on things to solve puzzles and drive the story forward.

But making a game and designing the puzzles for it is hard, time consuming, and expensive. For the creators, who wanted to develop their story beyond the games, releasing a free comic book has been a solution. The second chapter of its free comic book The Temptation has been released as a PDF.

The Temptation continues the story that you've seen in the games, and helps to develop it, without having to wait a long time for updates.

This kind of companion comic isn't exactly new - games like Assassin's Creed and Dead Space both have comics, for example, and the oldest example is perhaps Sonic the Hedgehog. The difference is these releases came from giant studios like Ubisoft, Electronic Arts, and Sega, with the resources to afford such 'extras.'

Midnight Star and Gabriel Knight on the other hand are small projects, although the former at least has the support of a lot of superstars - the company was founded by Bungie's Alex Seropian, and aside from Scalzi and Choi - the music for the game was composed by Serj Tankian (System of a Down). Despite the big names though, the studio is still a standalone enterprise, and the use of comics in this scenario shows how important they are becoming in promoting games. 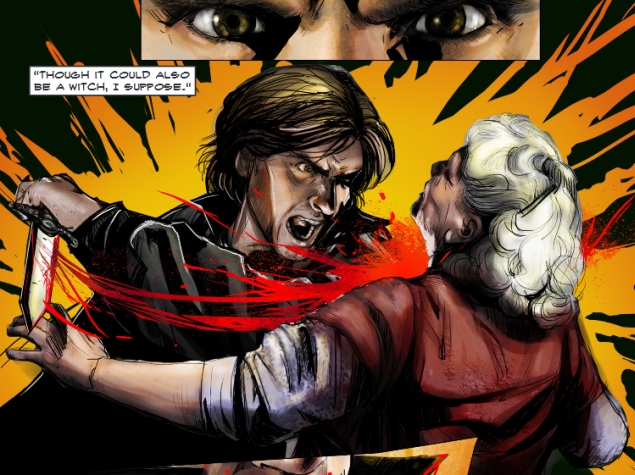 That's not to say that mobile developers have not tried to use comics to good effect in the past. Angry Birds, Cut the Rope and Temple Run all have comic books associated with them. But these are all highly simple comics that barely beat the games that inspired them in terms of storytelling. On the other hand, Midnight Rises and The Temptations both have detailed stories that wouldn't look out of place next to the big sellers in a comic bookstore and are good enough to capture the attention of anyone that's never even heard of the corresponding games.

It's a new trend, and one that might not catch on given the comparative difficulty in making a product like this. But if films and television are anything to go by, then a comic book can add a lot of value and help to build a cohesive universe.

The movie Pacific Rim is a great example of this. It's a brilliant movie that is absolutely stunning visually. But most of the plot is exposited far too quickly to allow us to follow the mounting tensions and changes in this world. The Pacific Rim comic books, on the other hand, let you explore the backstory of the characters, and when you watch the film after reading the comics, it gains a lot of nuance.

In the same way, Avatar: The Last Airbender was a cult hit, but setting the sequel a whole generation later felt like a bit of an abrupt change. The world had become drastically different by the tie Avatar: The Legend of Korra rolled around, and it isn't always easy to see how these two fit together. That's where a series of comics, made by Gene Leung (American Born Chinese, Boxers and Saints) showed us the events following the first series, and how they helped create the world of the second series.

For most games, building a good story is not an inherent strength of the medium - though the best titles manage to seamlessly blend great storytelling and gameplay. Some games integrate the story into the game, and let you discover it at your own volition. It is possible to play through BioShock without picking up a single tape recorder that tells you about the world, or reading a single piece of fiction in the books in The Elder Scrolls V: Skyrim. Engaging with this content can make the experience much richer, but also slows the flow of the game. By making the comic tightly integrated with the game you're playing, Midnight Rises and others show another great way for gaming apps to tell a story, without interrupting gameplay.

Dropbox v3.7 for iOS Adds Action Extension for Easy Uploading From Any App
Uber Given 7 Days by Delhi Government to Provide Details for Licence