Sony's had a busy slate of exclusives in recent months. After Horizon Zero Dawn, Uncharted 4, and GT Sport, God of War aka God of War 4 is the next big PS4 exclusive from Sony. And despite the name, it’s actually the eighth game in the franchise, and the first on the PS4. God of War for the PS4 was initially leaked in April 2016 as God of War 4 thanks to concept art for the game that showed off series protagonist Kratos sporting a beard in a Norse setting and using an axe. Months later at E3 2016, Sony finally confirmed the game’s existence, which should have been a given considering the previous game — God of War 3, was remastered a full year prior.

Sony tends to re-release games on the PS4 before launching a new entry on the console, such as the Uncharted Collection ahead of Uncharted 4, and Gravity Rush Remastered before Gravity Rush 2. Here’s everything you need to know about God of War on PS4.

God of War release date in India and elsewhere

God of War release date is 20 April 2018 the world over. It will be available on disc and as a digital download. As with every big Sony release, there are several editions of the game too.

God of War download size
If you plan to buy Kratos' latest adventure digitally on the PS4, you need to have 44.46GB free on your console. It's not as bad as, say, Halo 5 or Quantum Break, but it's a sizeable download all the same. Despite the seemingly numerous freebies for pre-ordering God of War digitally, we'd still recommend picking the game up on disc or one of its special variants. This is simply due to the fact that you can resell the game when you're done, or play it when Sony decides to take down its servers for PS4 game downloads, as we've seen with PS Mobile and PSP. 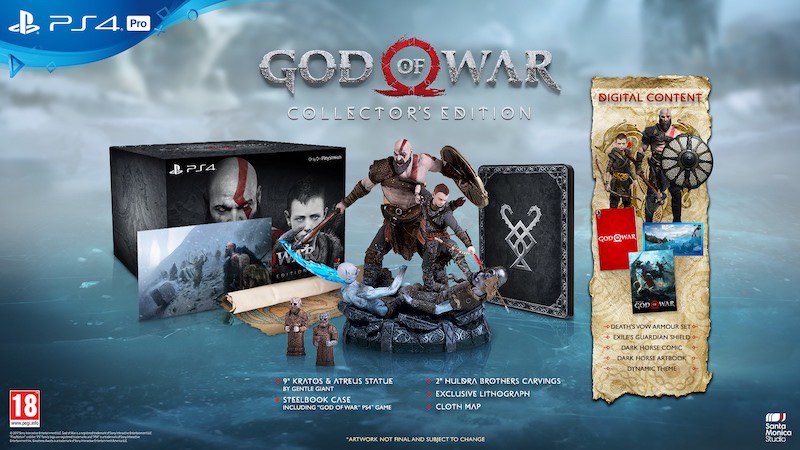 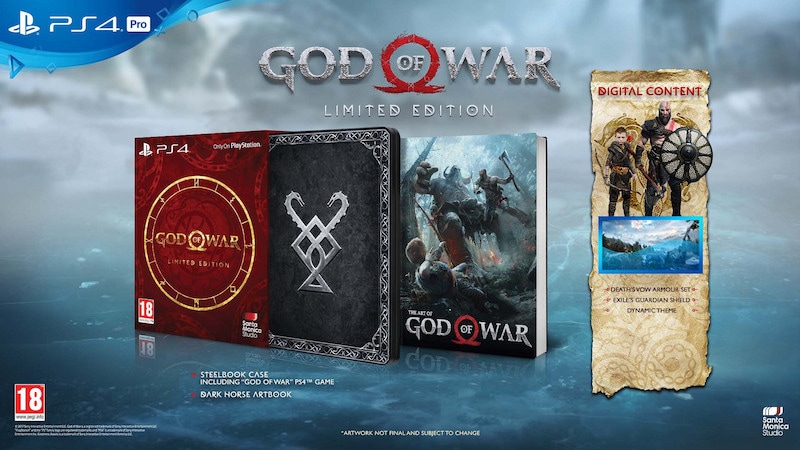 If you play God of War via digital download, it comes with the following items in addition to the game itself:

"When played on PS4 Pro with a 4K TV, God of War outputs at 2160p. Players with HDR displays can experience God of War with HDR lighting and a wide colour gamut," a post on Sony's blog claims. No information on frame rate has been mentioned nor are there any details on modes to prioritise image quality over frame rate and vice versa. However, it's likely to be a 30fps experience through and through.

Do you need a PS4 Pro to play God of War?

Sony has confirmed that the game will have a performance mode to take advantage of the PS4 Pro’s enhanced specifications even for those without a 4K TV. God of War Director Cory Barlog said that PS4 Pro owners are in for a pleasant surprise if they don’t have access to a 4K TV. Details of what exactly these modes will do, or if 4K TV owners can access these, isn't known yet. Reason being, they’re different from game to game and such support isn’t standard. For example, Horizon Zero Dawn allowed PS4 Pro owners to choose between frame rate and visuals, but the likes of Overwatch simply upscaled the game’s UI to 4K.

“Nope, you don’t have to, but if you do 4K is amazing, if you have a 4K TV, of course,” Barlog tweeted to a fan who asked if the PS4 Pro is required to enjoy the game. “If you don’t, we have a performance mode that puts the extra power to good use and makes the game run so so smooth!”

“If you run in 1080 on pro it will use the power normally used to render in 4k to make the game run faster. It looks [and] moves [so] nice,” he added in another tweet. However, Barlog did not confirm if God of War would run at 60fps in this performance mode, instead stating it would be “smooth.”

Keep in mind that Barlog has said in the past that God of War will run just fine on a regular PS4.

“What we showed at E3 was running on a standard PS4. The game is designed for standard PS4, don’t need a [PS4] Pro to play,” said Barlog in response to a fan’s question of what the game will be playable on.

That hasn’t stopped Sony from announcing a PS4 Pro bundle with the game though. 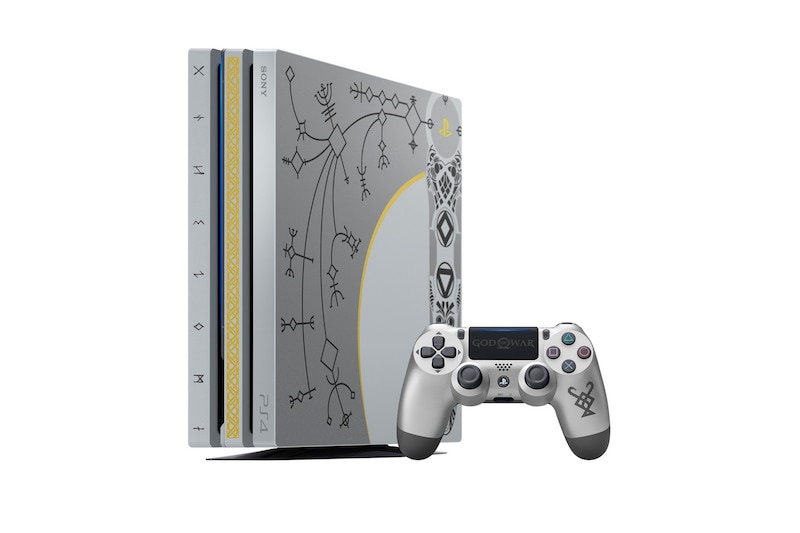 As for how much it would cost you, Sony says the God of War Limited Edition PS4 Pro price is $400 (around Rs. 25,930). Sony hasn’t revealed if it’s coming to India just yet. Safe to say it would be more expensive than the standard PS4 Pro that’s priced at Rs. 41,990. If you find it too ostentatious, there's a PS4 Slim 1TB console that comes with God of War on disc. It's also out on April 20 for $300 in the US. No India price has been announced but it should make it here as well given how aggressive Sony has been with bundles in the recent past.

Are you looking forward to God of War? Let us know via the comments.