From Federation to Entertainment, WWE's Journey is Mirrored in Wrestling Games 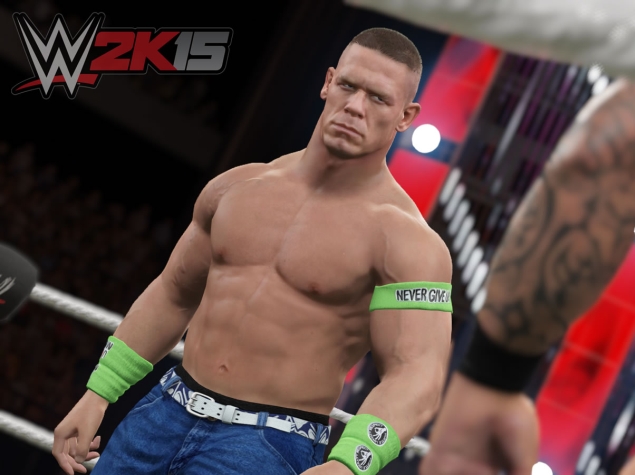 The recently released WWE2k15, available on the newest consoles (Xbox One and PlayStation 4) as well as last generation hardware (Xbox 360 and PlayStation 3), is one of the best looking wrestling games ever made. It features fewer match types than earlier games in the series, but it is also a more realistic simulation of what you see on TV.

WWE2k15 is yet another step away from arcade style wrestling - a direction that the WWE games have been moving steadily towards for years now. And in many ways, it also reflects how wrestling has changed over time.

Until the mid-90s, wrestling was largely seen as something that was goofy and despite the violence, fairly harmless fun. At Delhi's Indira Gandhi Indoor Stadium in 1996, thousands of goggle-eyed fans lined up to watch grown men pretend to tear each other to pieces. We didn't know it then, but wrestling was about to go through a major change in tone pretty quickly.

For kids in the 90s, WWF was huge, and top wrestlers like Bret "The Hitman" Hart, Yokozuna, Razor Ramon, and The Undertaker were all there. If you were in school in that era, you knew at least one kid in every classroom who wanted to do a "tombstone piledriver"; at least one kid would be walking around with a toothpick dangling from his lips, drawling, "say hello to the bad guy."

The new generation
The latter part of the golden age (which ended in the mid-90s when Hogan and several other top tier wrestlers left the WWF while facing drug charges) and the early years of the so-called "New Generation" (which pushed Bret Hart and Shawn Michaels, Razor Ramon and Yokozuna, and Lex "the Narcissist" Luger into the spotlight) were a time for absurd, over the top characters and storylines.

It was a time when you would willingly play along with the idea that the Undertaker was really a dead man walking, whose remains were carried in an urn by his manager Paul Bearer. Fans call it "kayfabe" - willing suspension of disbelief taken to crazy levels. We might not have known the term back then, but fans stuck to it nonetheless.

So it made sense that one of the greatest wrestling games of the era was 1995's WWF Wrestlemania, developed by Midway and published by Acclaim (the two also worked together to release Mortal Kombat to home players). Wrestlemania was a fun arcade brawler that didn't have much depth, but was still very enjoyable. Players could use the ropes, or climb the ringposts to use aerial moves, while grapples and throws were also possible. The result was a fast paced and dynamic game, and the design was bright and cheerful, with primary colours and cartoonish attacks - for example, Razor Ramon's hand transformed into a literal razor, while Doink the Clown would pull a hammer out to attack. It was goofy, and stupid, but also great fun.

The attitude era
But 1996 was a turning point for wrestling, and the laughing and winking nature of the WWF was about to change. A controversial event, now known as "the Montreal Screwjob" (you can read about it in detail here) is seen by many as one of the pivotal turning points in WWF's history. There are different perspectives, but the important development was the exit of Bret Hart from the WWF.

A new generation of stars was coming up and between them, "Stone Cold" Steve Austin, "The Rock" Dwayne Johnson, and "Triple-H" Hunter Hearse Helmsley would bring in the "Attitude Era" in wrestling.

The attitude era lost a lot of the colourful characters who had been a staple of wrestling - the stars were still over the top, but they didn't have as many themed "characters" anymore. In the golden era and even the new generation, you had wrestlers who were clowns, sumo wrestlers, policemen, and witch doctors. The characters had a hook. The Acclaim games of the period were also limited by the hardware and had to look simple - so playing up these elements made a lot of sense. Having Yokozuna bleed sushi when getting hit, for example, made it easy to recognise the characters and follow the action despite low resolution graphics.

But when The Rock walked into the ring and started chanting about the "people's elbow", it was over the top, but he was still just... some guy. Stone Cold showing the finger to the WWF management every time he walked onto the ring was equally theatrical, but again, the behaviour was the hook, not the character. 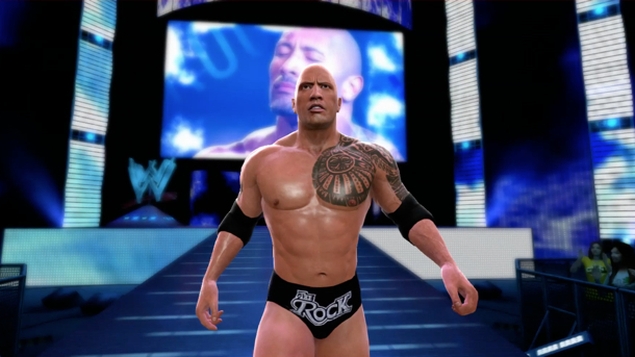 The games of this era lost out on a lot of the fun gimmicks as well, and started to do things like focus on "foreign objects" (wrestling parlance for chairs and other weapons), and new match types. The Attitude Era had brought a focus on TLC matches - Tables, Ladders, and Chairs - and the games of this era also tried to echo the more brutal nature of the WWE, and also the more sexually suggestive storylines that you saw on television.

WWF Wrestlemania 2000 was the first THQ WWE game. It featured more than 50 wrestlers and a create-a-wrestler mode where you can customise your own character, from the wrestler's looks to clothes to moves. The game reflected the changing trends in wrestling with a solid grappling system and instant replays driving home how much more violent this game was, compared to the earlier WWF games.

THQ also released the WWF SmackDown! series, which was similar but focused more on the story mode. You had to play and win events to unlock new characters, one part at a time. The game lacked a lot of polish, but the core gameplay was fun and it added lots of new modes as well, such as hardcore matches (no disqualifications of timeouts), and steel cage matches (where you're fighting inside a steel cage and have to climb out to win). While the games were getting more violent, the actual gameplay remained pretty simple, with basic attacks and grapples so you didn't need to be a knowledgeable player to have a good time.

From WWF to WWE
Six years after the WWF first came to India, the World Wildlife Fund won a lawsuit over trademark infringement, and the World Wrestling Federation became World Wrestling Entertainment - WWE. The Attitude Era kind of stretched on through all these changes, as the company tried to find its identity again.

By 2004, the WWF had become the WWE, and the games names also had to change - in 2004, we saw the release of WWE SmackDown! vs RAW. Released for the PS2, this game was mechanically very similar to earlier entries, but it was a lot better looking.

New modes like "parking lot brawls" tried to wow fans by showing how violent and hardcore the series had become, but it also worked on the grapple mechanics, making fights more tactical. On the other hand, spanking mini-games and bra-and-panty fights also highlighted how the WWE was trying desperately to hold on to its audience without any clearly defined character hooks. 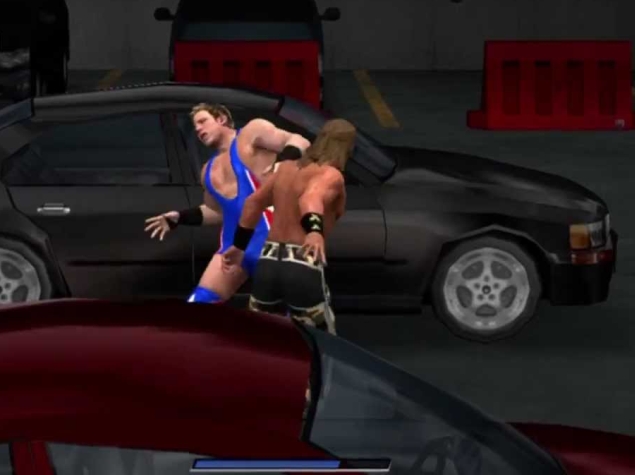 That's a problem that the WWE still faces today - it has a large roster of "heels" and "faces"; wrestling slang for the bad guys and good guys - the issue is that none of them really stand out in the way they used to in the golden age or the new generation.

With the WWE taking itself so much more seriously, the games followed the same path. The WWE SmackDown! Vs Raw series later transitioned into the WWE game series. The first game with the new name was WWE '12. When THQ filed for bankruptcy and the license moved to publisher 2K, the new game changed its name to WWE 2k14, and now WWE 2k15.

Over the course of the games from SmackDown! Vs RAW to WWE2k14, the gameplay would also steadily become more technical. Reversals, chaining attacks and more complex grapple mechanics would make the games harder to pick up, or to master.

WWE 2k
WWE2k14 and WWE2k15 are very similar games, although the newer one is certainly an improvement visually. The series as a whole has been steadily moving away from arcade gameplay for the last 10 years, and this is particularly true for WWE2k15.

The games are a far cry from the button mashing contest that was WWF Wrestlemania - the action has become much more technical now. Submissions have a new system where both players have to fill up a gauge to keep the hold going or break free. Grapples have countermoves which makes it more risky to pull off the big moves, and perfectly tied reversals are really the only way you're going to win a multiplayer game, so a lot of mastery now goes into enjoying WWE 2k15.

Watching wrestling has become equally involved these days - when you watched wrestling in the 90s, a single glance told you who was a face and who was a heel, and the character's costumes would tell you everything you needed to know about them.

Today, the wrestlers look interchangeable, and honestly, the characters they play could well be interchangeable too. Die-hard fans are still committed to wrestling, and can sit down and talk to you for hours about their favourites, but it's steadily become less engaging and less welcoming to newcomers. Sadly, the exact same criticism can be levelled against the new games too.

These are small quibbles though, and if you're a fan of the slower paced, more violent looking game that the series has become, then WWE2k15 is an excellent pick. Fights often drag on until both wrestlers are looking incredibly battered, and barely able to stand, before a match can end. It's very different from the light hearted fun wrestling used to be 20 years ago, but whether that's a good thing or a bad one is something fans needs to decide on their own.