We Tried Playing Forza Horizon 4 on Our Work Laptop. Here's How It Went.

It made us wonder how Forza Horizon 4 would run on a Windows 10 PC. Not a tricked out, powerful PC running that would set you back by Rs. 1,50,000 at the very least, wherein decent performance is expected and attained in most cases. No. Instead we decided to play Forza Horizon 4 on a laptop that's not meant for gaming. Given how mainstream the racing genre is the world over, it's obvious that the audience for Forza Horizon goes beyond the usual crowd of hardcore gamers and Xbox One owners, so this is not as crazy an experiment as it sounds.

In the past, we’ve seen developers suggest what resolution, detail, and frame rate you could expect from systems of either configuration. Forza Horizon 3, for example, could be run at 1920x1080 with an Intel Core i7 3820 at 3.6GHz, 12GB RAM, and an Nvidia GTX 970.

With that mind, we decided to conscript the services of the laptop with the lowest specced discrete GPU we could find in the office and zeroed in on the Lenovo Ideapad 530S. It has an Nvidia GeForce MX150 with 2GB VRAM, 8GB RAM, 512GB SSD, and an Intel Core i5-8250U processor. This seemingly falls below the game's minimum specifications that call for an Nvidia GTX 650Ti or AMD R7 250X. In fact, it's the laptop-equivalent of the Nvidia GTX 1030, a low-end desktop card that doesn't appear to be officially supported by Forza Horizon 4 either.

Nonetheless, after a 60GB download we tried to run the game. To our surprise it booted up and even more surprising, it actually ran decently. Now it is crucial to note that your mileage may vary, but by and large, it seems that Forza Horizon 4 is exceptionally lenient in what it considers minimum specifications. 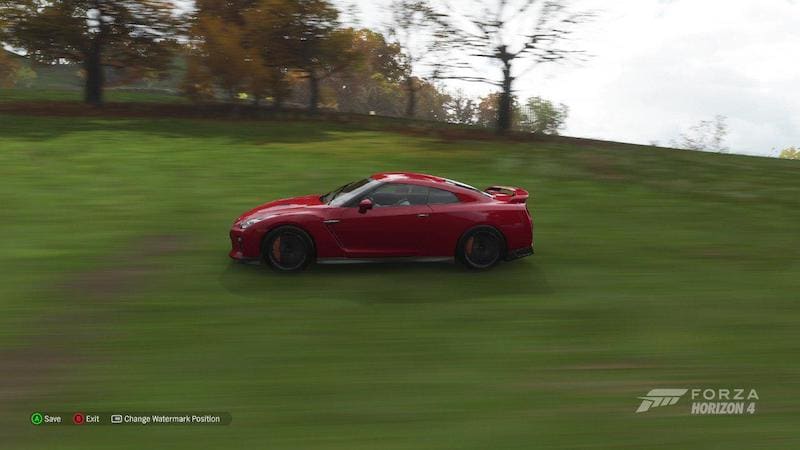 A quick perusal of Forza Horizon 4's settings explained why. It features a setting known as Dynamic Optimisation. This allows Forza Horizon 4 on Windows 10 PC to adjust settings dynamically to maximise performance for a given gameplay scenario. It's a common technique used in PS4 and Xbox One games to ensure a smooth frame rate by reducing resolution or details like lens flares or shadows in certain sections. Dynamic Optimisation can be toggled on or off, though it's on by default.

In conjunction with this is Dynamic Render Quality. This lets you set the target visual quality for Forza Horizon 4. Options include Very Low, Low, Medium, High, and Ultra visuals. Switching off Dynamic Optimisation greys out Dynamic Render Quality while keeping it on won't let you access the game's advanced settings such as the level of detail of cars, the look of Forza Horizon 4's varied terrain, and even windshield reflections — the level of tweaking possible at a granular level is immense. You can also lock the game at a specific frame rate, be it 20fps, 30fps, or 60fps. 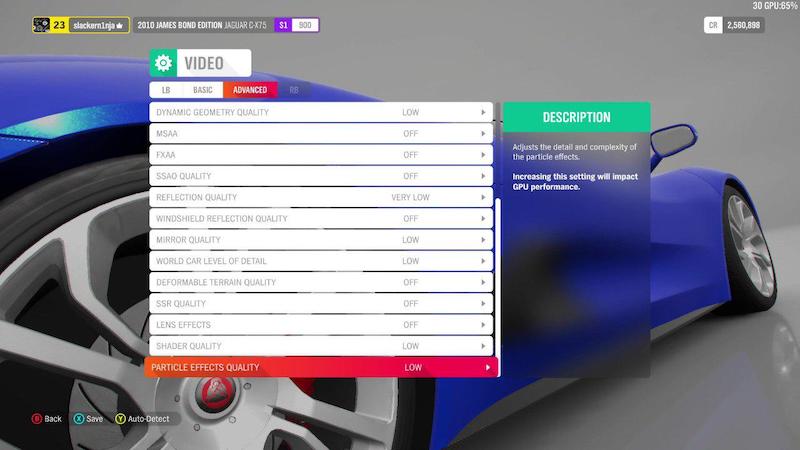 Forza Horizon 4 detected our system to be worthy of the Low preset under Dynamic Render Quality with a 30fps lock. While that may put off some PC gamers, the actual result was a game that was surprisingly playable at 1920x1080.

From Forza Horizon 4's grand showcase events that have you racing against trains amidst the snowy mountains or taking on host of supercars across a muddy track, the level of detail present in the game is appreciated. Reflections on your car are present, rays of light pierce through trees, and checkpoints animate as they would, wobbling in the wind. It's nowhere close to what the Xbox One versions offer in terms of graphics or effects, but it's good enough to keep you from spending for one, if you were eyeing the console just for Forza Horizon 4.

Keep in mind that it's running on a system that's nowhere close to the minimum specifications in terms of GPU and it took us little to no effort to get it running. It's the kind of ease that's not really heard of in PC gaming where getting the right combination of sliders, toggles, and resolution is a mini-game itself prior to, well, playing a game.

In fact we could even push it further, turning every detail and option off while forcing a 30fps cap. Though the end result is a version of Forza Horizon 4 that looks like it was rendered with papier-mâché instead of pixels and shaders with cars popping in out of thin air and trees materialising seconds before we crashed into them. Not a pleasant experience. 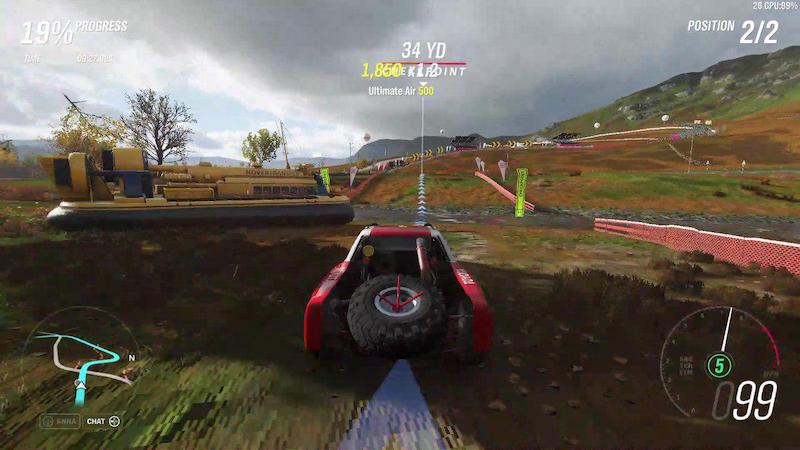 Conversely, we tried increasing details like anti-aliasing and reflections in its advanced settings while reducing the resolution to 1280x720. This combination wasn't as good as the game's default Low preset either.

To an extent, it performed slightly better than Forza Horizon 4 on Xbox One in one key area — the UI. Menus feel snappier and loading times are faster. This is attributed to the Lenovo Ideapad 530S' solid state drive versus the 5,400rpm non-removable hard drives on the Xbox One consoles. The temperatures seemed fine too with the laptop not going above 61 degrees centigrade with a faint whirring of the exhaust fan that never gets loud enough to feel distracting.

All of this makes Forza Horizon 4 on Windows 10 PC a title that makes good use of the franchise's Xbox heritage by bringing over Xbox One-specific techniques like Dynamic Optimisation and Dynamic Render Quality to make for a better PC game while a host of advanced settings exist to ensure edge cases have some way to play the game even if they don't have the requisite hardware. Granted it's the exception rather than the rule, but it's one we'd welcome as it ensures you don't always need the latest and greatest to get a playable experience on PC.