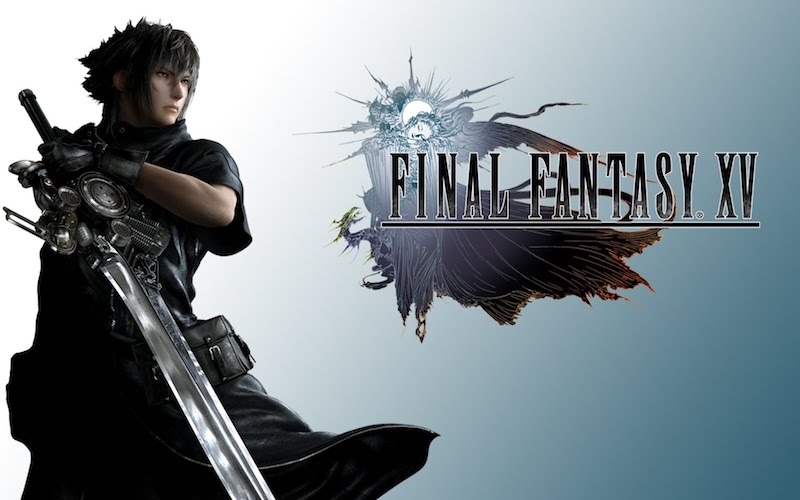 We're in the process of reviewing Final Fantasy XV, and today we'll compare how it performs on the PS4 Pro and the PS4. The PS4 Pro is Sony’s attempt to make 4K HDR gaming relatively mainstream (when compared to a gaming PC), and we’re looking at how Final Fantasy XV performs on a 4K HDR TV - specifically a Sony Bravia KD-65Z9D - with a PS4 Pro. In addition to this, we are also looking at exploration, dialogue choices, quests, and progression systems, ahead of the full review.

If you’re want to know more about Final Fantasy XV's story and combat, you can check out our Final Fantasy XV first impressions. When you’re done with that, here’s a spoiler-free look at everything else you need to know, along with a hardware report for the PS4 Pro.

Final Fantasy XV at 4K and HDR on a PS4 Pro
We pointed out earlier that Final Fantasy XV is quite the looker on a full-HD display, but we also observed that it is not perfect. Minor concerns include texture pop-in and irregular shadows. On a bigger screen, even running at 4K, these problems are magnified. Move closer towards a building and you’ll see windows appearing, while each character’s hair seems to belong in an early PS3 game, and on-screen text, particularly when executing Noctis’ warp strike, looks to be in low resolution, as does the game’s rest screen that you see when you take a break in the game world’s many inns and camps.

While you can choose between high and lite graphic options, there’s only a subtle difference between them, with high resulting in fewer jagged edges and a slightly sharper image. HDR works as it should, allowing for a wider colour gamut, resulting in an image that’s a lot more vibrant. It should be noted that certain locales such as icy caverns look overdone with HDR on, with whites appearing burned out.

What are the other differences between the PS4 and PS4 Pro? Apart from being able to toggle graphic settings between high and lite, the frame rate is a lot more stable on the PS4 Pro when compared to the PS4. Ground objects appear more detailed in the PS4 Pro version, while the overall image quality is a bit sharper. This is a carry over from what we experienced with the Final Fantasy XV Judgement Demo. The HDR option is present as an option for both consoles.

A patch is slated for December to enhance PS4 Pro performance, and it will be interesting to see if the differences between Sony’s platforms will become wider.

Final Fantasy XV’s open-world isn’t particularly open
The game doesn't take too much time with exposition early on, quickly throwing you into a vast open-world with quests to undertake, but the level of freedom isn't what you’ve come to expect from an open-world game in 2016. There are invisible walls that prevent you from interacting with the game’s many locales. For instance, you can’t dive into the sea while you’re at a pier, and you can’t jump on a car, or any vehicle for that matter. This could be construed as nitpicking, but with games such as GTA V and The Witcher 3 now being the gold standard for interactivity, you can’t help but feel that some of the old design tenets that come from it's decade long development cycle are rearing their head from time to time.

Final Fantasy XV makes inns and camps crucial to progress
Previous Final Fantasy games let you rest at an inn or set up camp in order to recover health. In Final Fantasy XV you’ll need to make full use of these if you want to level up your characters. Although you gain experience from battles, and for finishing quests, these impact statistics such as health and magic points only when you spend the night at an inn or a camp. Resting at a camp doesn’t have a cost attached to it, but inns cost money, so you'll have to keep finding ways to earn cash.

Final Fantasy XV’s in-game economy forces you to take side-quests
Using Gil — the currency in Final Fantasy XV - is necessary for a host of tasks. You need it for staying at inns, or paying for gas for your car (the Regalia), but you’ll also find yourself spending Gil to fast travel from one area to another. You can also purchase an MP3 player in the game, and songs for it too. It's kind of funny considering that every character in the game uses a smartphone. Also, while a few necessities such potions for health, and antidotes to ward off poison are affordable, others such as weapons, and food, are on the expensive side.

This makes taking on the game’s many side-quests necessary to progress. Simply breeze through the main story and you’ll find yourself with very little cash to buy anything that could help your party. Restricting the amount of money earned from the quests, and the high prices of items, appears to be an attempt to make players take on more side-quests than they normally would. Nonetheless, we’ll reserve judgment on this for the full review.

Eating in Final Fantasy XV could save you
With inns and camps being necessary to gain experience, they also bring an added benefit. Food brings buffs that temporary raise your health, attacking prowess, and stamina. So before rushing head on into a dungeon, or tackling a high-level monster, a hearty meal would increase your chances of success.

So far, the variety on offer in Final Fantasy XV has kept it from going stale, and it appears to be one of the more intriguing games of the year thus far. Stay tuned to our full review, coming soon.