Final Fantasy XV Is Out Today: Price, Editions, Download Size, and Everything Else You Need to Know

If you're planning on buying Final Fantasy XV today, here are all the other crucial details you need to know before you go shopping.

Final Fantasy XV release date
Final Fantasy XV is out on November 29 the world over. However gamers have been able to play it even earlier thanks to a street date break. A little over than a week ahead of the official Final Fantasy XV release date, gamers in Peru, Argentina, and the UAE were already playing it, with some stores in markets like the US and UK also releasing it early. It has been long enough for some to have uploaded the game’s entire ending, and important plot twists on YouTube, riddling parts of the Internet with spoilers. 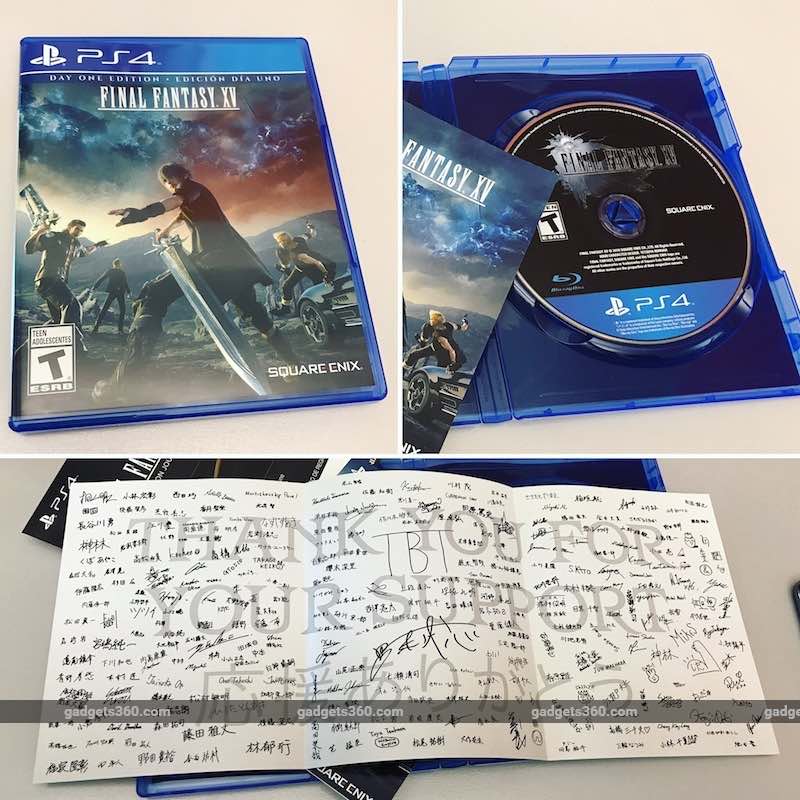 The Final Fantasy XV Ultimate Collector's Edition is limited to 30,000 units worldwide, and is only available from the Square Enix Online Store. 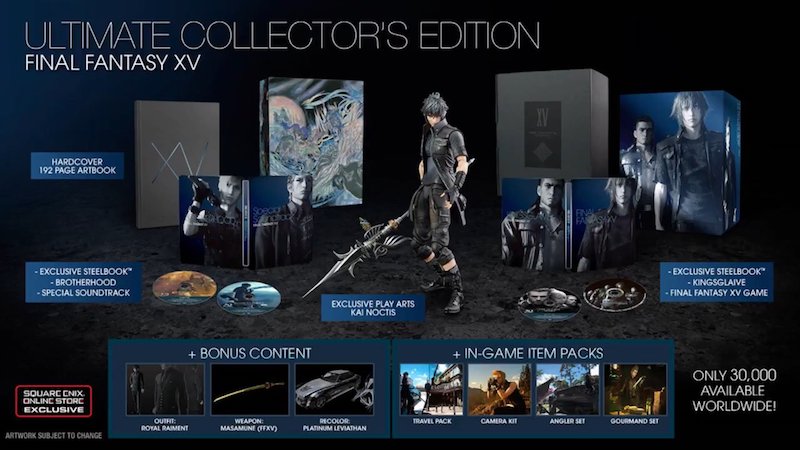 Final Fantasy XV download size
If you prefer buying digitally, you’ll need around 50.70GB on the PS4 and 50.94GB on the Xbox One. You can start playing the game after downloading 6.59GB. But this isn’t all. You’ll need a day one patch (or Crown update as Square Enix calls it) which makes the game a lot more playable.

Final Fantasy XV day one patch details
• Camera improvements will make it easier to track action going on in narrow areas.
• The new “Wait Mode” function (makes it so the game automatically waits when you stop giving command inputs) will get an ability tree for more in-depth strategic elements.
• A “Monster Whistle” that can be used to call out monsters will be added.
• New event scenes from Kingsglaive: Final Fantasy XV and “Omen” trailer will be added.
• Recipes and fish varieties, as well as a gallery, will be added for players who enjoy collecting items.
• Social network function will be added, allowing players to upload Prompto’s photographs to Facebook and Twitter.

It’s roughly 7GB in size and has been available for download for the better part of the week. 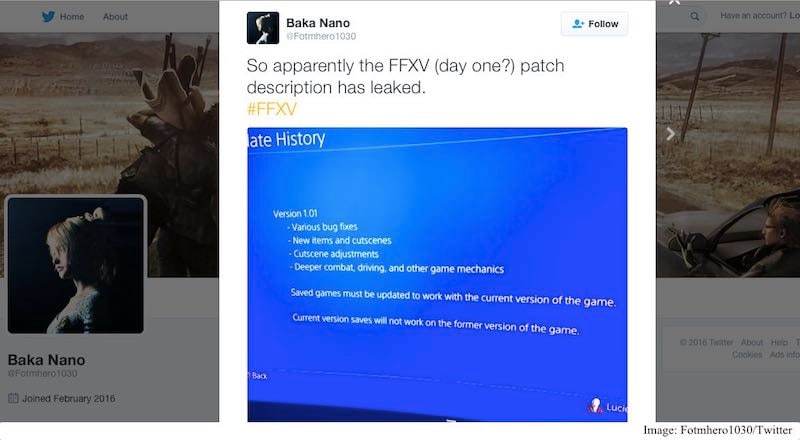 Final Fantasy XV review
Our review of Final Fantasy XV is up and to us, it’s one of the better entries in the series despite having some serious narrative issues. You can check out our full review here.

Final Fantasy XV PS4 vs PS4 Pro
Final Fantasy XV is quite the looker on a full-HD display, but we also observed that it is not perfect. Minor concerns include texture pop-in and irregular shadows. On a bigger screen (a 65-inch display in our case), even running at 4K, these problems are magnified. Move closer towards a building and you’ll see windows appearing, while each character’s hair seems to belong in an early PS3 game, and on-screen text, looks to be in low resolution, as does the game’s rest screen that you see when you take a break in the game world’s many inns and camps.

Apart from being able to toggle graphic settings between high and lite, the frame rate is a lot more stable on the PS4 Pro when compared to the PS4. Ground objects appear more detailed in the PS4 Pro version, while the overall image quality is a bit sharper. This is a carry over from what we experienced with the Final Fantasy XV Judgement Demo. The HDR option is present as an option for both consoles. You can check out our detailed impressions here.

Are you playing Final Fantasy XV or do the likes of Battlefield 1, Overwatch, and Titanfall 2 have you enamoured instead? Let us know in the comments.

Final Fantasy XV Is Out Today: Price, Editions, Download Size, and Everything Else You Need to Know
Comment