EA Sports’ FIFA, the massively popular football game is set to receive its annual iteration – FIFA 19 – later in September. It’s boasting new UEFA licenses, including the Champions League, in addition to new gameplay features and kick-off modes – better tactical control and Survival Mode among them – that promise to up the ante both on and off the pitch. And it will also bring The Journey: Champions, the third and final chapter of its story-based mode that will let you play as three characters: Alex Hunter, his best friend and his step-sister. From release date to ratings, here’s everything you need to know about FIFA 19.

FIFA 19 is out Friday, September 28 on PC, PS4, PS3, Xbox One, Xbox 360, and Nintendo Switch. EA’s gaming platform Origin and the Microsoft Store mention Thursday, September 27 as the release date for India, which suggests a global unlock time on PC and Xbox One.

You can also avail three-day early access – from Tuesday, September 25 – by buying one of the special editions, listed below.

In the run-up to the release of the demo, EA Sports unveiled the top 100 players in FIFA 19. The likes of Cristiano Ronaldo, Lionel Messi and Neymar are part of the top 10.

You can choose from three editions for FIFA 19: Standard, Champions, and Ultimate on PC, PS4 and Xbox One. Only Standard and Champions editions are available on Nintendo Switch. As in previous years, FIFA 19 is not available on disc for PC.

Both Champions and Ultimate grant you three-day early access across all platforms. In terms of content, the only difference is the slate of bonus items for Ultimate Team.

Those on PS3 and Xbox 360 get a special FIFA 19 edition called Legacy Edition. It has no Ultimate Team bonuses.

It’s available both at retail and digitally. Here are the bonus items for Ultimate Team: 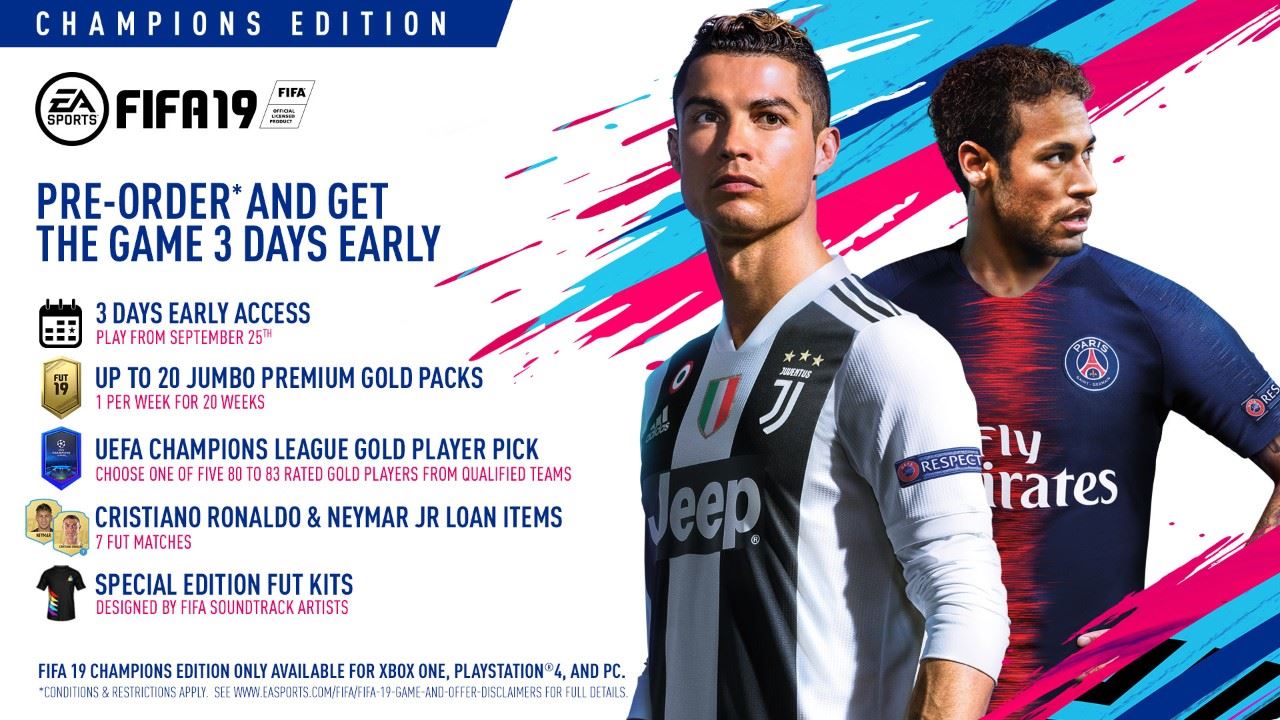 It’s available both at retail and digitally. Interestingly, Origin doesn’t offer Champions Edition on PC in India. Here are the bonus items for Ultimate Team:

It’s available both at retail and digitally. While you get all other Champions Edition benefits, there’s one difference:

It’s only available digitally. If you subscribe to Origin Access Premier on PC, you automatically get the Ultimate Edition. Here are the bonus items for Ultimate Team:

Here is the pricing info for all FIFA 19 editions:

$60 and £50 across all platforms in the US and the UK. 10 percent discount applicable on PC and Xbox One if you have Origin/EA Access.

$80 and £70 across all platforms in the US and the UK. 10 percent discount applicable on PC and Xbox One if you have Origin/EA Access. Note that Champions Edition is missing on Origin in India.

$100 and £90 across all platforms in the US and the UK. 10 percent discount applicable on PC and Xbox One if you have Origin/EA Access, and on PS4 and Xbox One if you buy through FIFA 18. Discounts can be stacked: if you own FIFA 18 and subscribe to EA Access on Xbox One, you get 20 percent off.

£46 across both platforms in the UK.

EA Sports’ FIFA has never been a demanding title on PC, thanks to its popularity and being a football game. Here is the PC rig you will need to run FIFA 19:

EA Sports has added more than 20 new licensed stadiums to FIFA 19, with 16 of those coming from La Liga. Here is the full list (old and new): 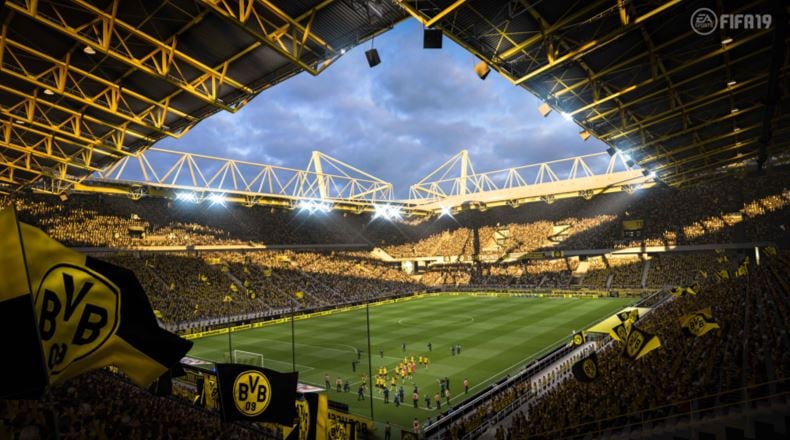 EA Sports' FIFA is a completely different ball game on mobile, as anyone who's ever played it would know. It's why it doesn't even carry the year mention and is simply called FIFA Mobile. There have been no announcements on when a 2019 update is expected. The last update was during the 2018 World Cup, which added a new sheen just as on other platforms.

If you are looking for FIFA action on-the-go, your only options are the Switch version or (non-football action via) the FIFA Ultimate Team Companion app on Android and iOS.

Further reading: FIFA 19, EA Sports, EA
Akhil Arora Email Akhil
Akhil Arora covers entertainment for Gadgets 360, interviewing stars such as Christian Bale and Anurag Kashyap, covering series premieres, product and service launches across the globe, and looking at American blockbusters and Indian dramas from a global socio-political and feminist perspective. As a Rotten Tomatoes-certified film critic, Akhil has reviewed over 150 movies and TV shows in over half a decade at Gadgets 360. When he is not completely caught up with new film and TV releases, Akhil ...More
FIFA 19 Demo Promises a Game That Will Be Familiar and Fun