August was a month of heavy-hitters, starting with Telltale’s newest episodic adventure, this time with Batman. The game largely impressed everyone. Hello Games’ space survival title No Man’s Sky fell well below expectations, with players (us included) complaining about how little there was to do in such a vast galaxy. We returned to better days towards the end of the month thankfully with Deus Ex: Mankind Divided, which we labelled “The Empire Strikes Back of cyberpunk video games” in our review.

September is usually a month of big releases, and this year looks to be no exception. Be it arcade racing across the Australian outback, playing with the world’s best football players or exploring a Twin Peaks-style world, there’s a lot to look forward to.

FIFA 17
September is the month of annual numbered franchises, and EA Sports is taking a big bet this year. An engine change. Frostbite 3, known simply as Frostbite since 2015, has been used on other EA games such as Need for Speed reboot, Star Wars Battlefront, and Mirror’s Edge Catalyst. This has allowed FIFA to introduce its newest mode – The Journey – which will feature scenes off the pitch, including the manager’s office, the dressing room and so forth.

The new game mode also brings a dialogue wheel reminiscent of Mass Effect franchise, and will allow players to play in any position across all 20 Premier League clubs. The use of Frostbite also means physical player overhaul, in addition to an active intelligence system, better set-pieces and the use of R1/ RB for powerful ground shots, the same way FIFA 16 used it for passing. 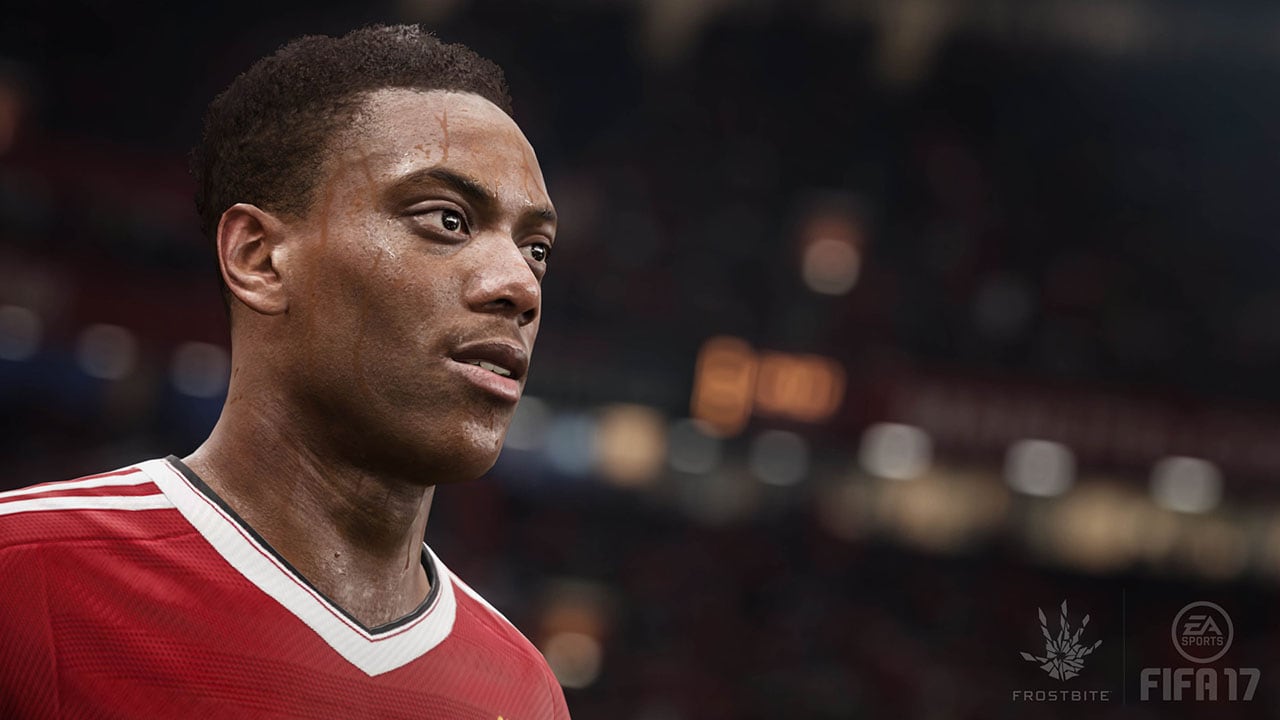 Forza Horizon 3
Forza Horizon may have started off as a spin-off but two solid instalments later, it’s very much a franchise in itself. No wonder then there’s so much anticipation for the third entry, which will have twice the map size of Horizon 2 and will be set in Australia – from Surfers Paradise in Queensland to Byron Bay in New South Wales.

Another change is that the player is now in charge of the festival, be it hiring or firing racers and organising races with custom maps to boot. You can also take part in a four-player co-op multiplayer campaign, choosing from a total of 350 cars as you progress.

English developer Playground Games retains developing duties for Forza Horizon 3, which will be the first in the series to release on Windows 10 alongside its exclusive console presence on Xbox One come September 27. Buying on one platform will get you access on the other. 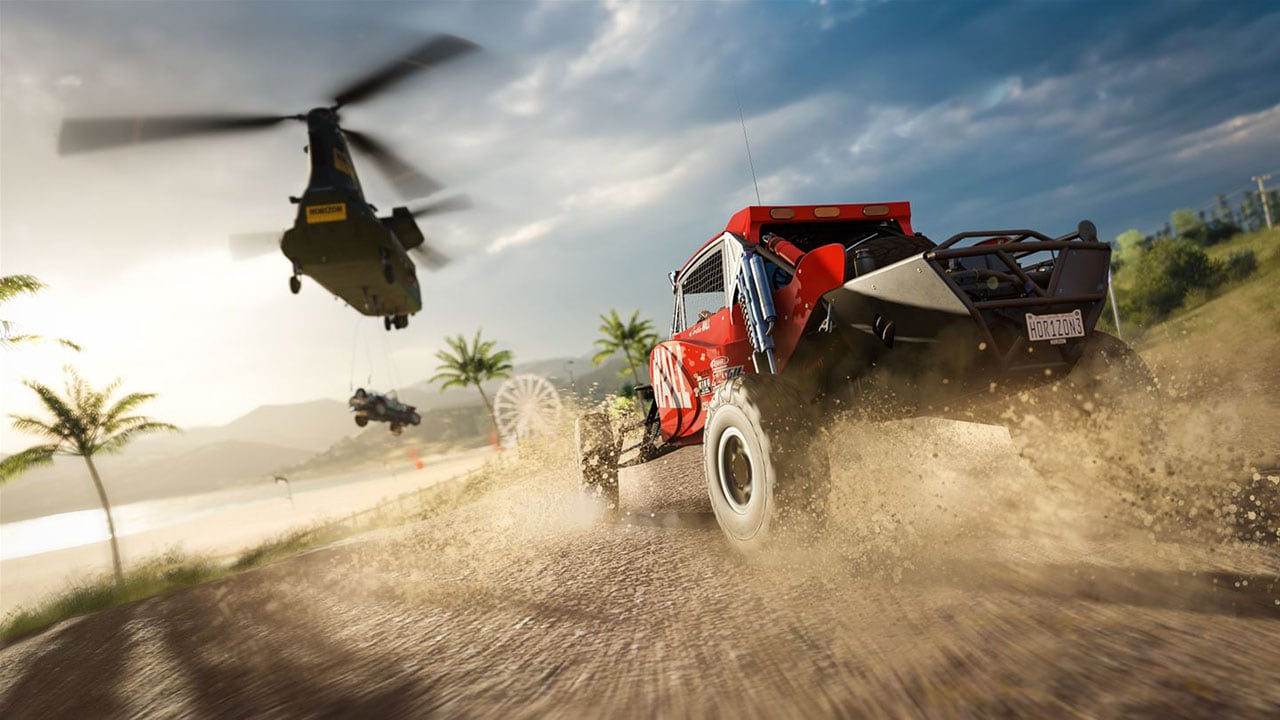 Pro Evolution Soccer 2017
Konami may have largely quit the triple A gaming business, but its football simulator franchise – Pro Evolution Soccer – the only great rival to EA Sports’ FIFA, continues to exist for now. The company has always struggled with licensing, and with PES 2017, it’s taking a different approach to the situation. Konami has started to partner with clubs directly, making FC Barcelona its primary target.

That means two things: Camp Nou will be exclusive to the series for three years, and the company has opted for five Barça players on its cover instead of a solitary star. Other club partnerships include: Liverpool, Borussia Dortmund, Bayer Leverkusen, Schalke 04, and River Plate.

The game will feature improved passing, Real Touch ball control, and improved goalkeepers. We noted some of this while playing the demo last week, and you can experience it come September 13 in N. America, and September 15 in Europe, India and Japan. PES 2017 will be available on PS4, PS3, Xbox One, Xbox 360, and Windows PCs.

BioShock: The Collection
After an announcement towards the end of June, 2K Games’ remaster of all three BioShock games – BioShock, BioShock 2 and BioShock Infinite – is just around the corner. Incidentally, the trio of titles were developed by three different studios in 2K Australia, 2K Marin and Irrational Games respectively, and the remaster is being done by Blind Squirrel Games.

If you decide to buy BioShock: The Collection, you’ll get full-HD remasters of all three games including any released single-played downloadable content (DLC). Plus, BioShock is throwing in a director’s commentary, “Imagining BioShock”, featuring creator-director Ken Levine and lead artist Shawn Robertson.

The best bit? If you already own BioShock/ BioShock 2 on Steam, you will get the upgraded versions for free. BioShock: The Collection will release on PS4, Xbox One and Windows PCs September 13 in N. America, September 15 in Australia, and September 16 rest of the world. 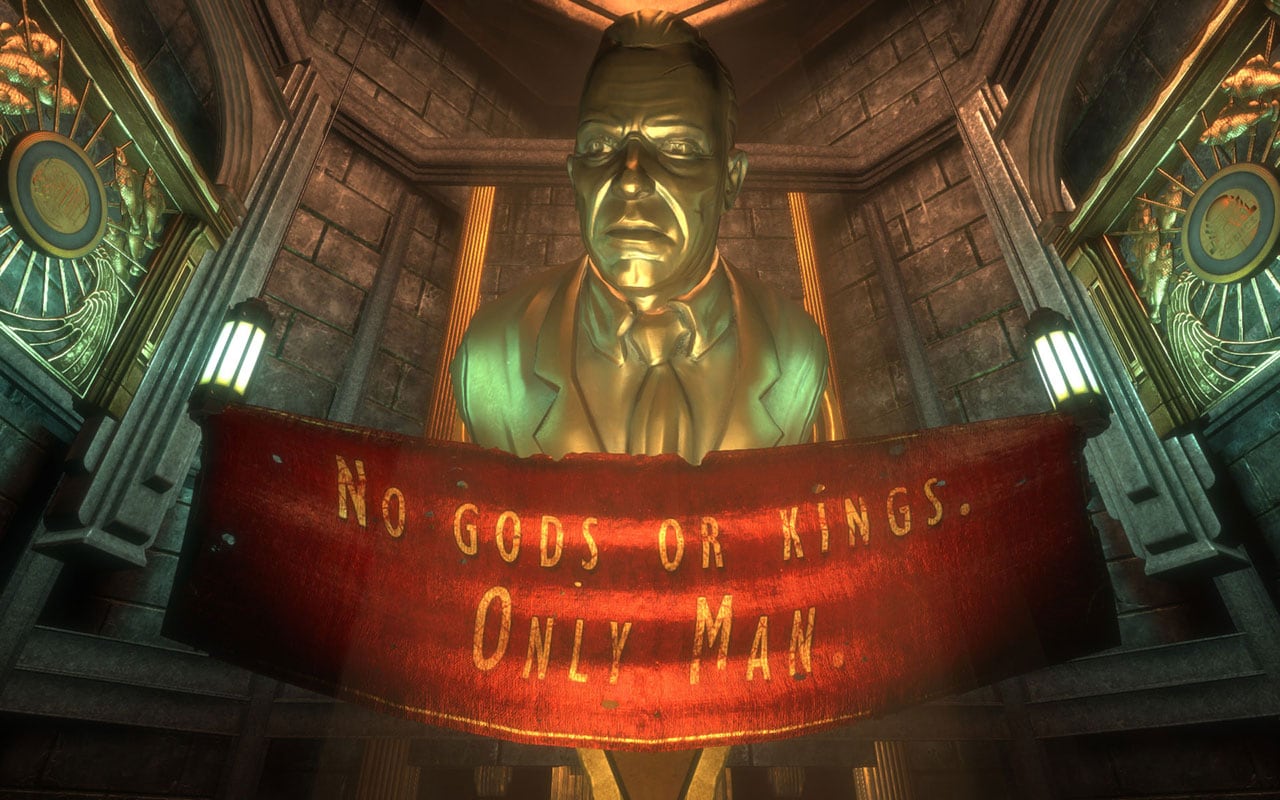 Mother Russia Bleeds
A side-scrolling beat ‘em up set in an alternate 80s Soviet Union, Mother Russia Bleeds is the work of a new-ish developer in Paris, France-based Le Cartel Studio. “The game's mixing the classicism of Street of Rage and the supercharged violence of Hotline Miami. We're trying to give a feeling of romping, trance, anxiety and unease, all in the cold and harsh climate of an alternate USSR,” Le Cartel says on its website.

The gameplay has been described as “unrelenting and ultra-violent” with a mix of “psychedelic twists”, and the story follows an imprisoned antihero who has a drug addiction and a mind for “hate-filled vengeance”. The game will have single-player, local multiplayer co-op, an arcade campaign, survival and boss rush modes. 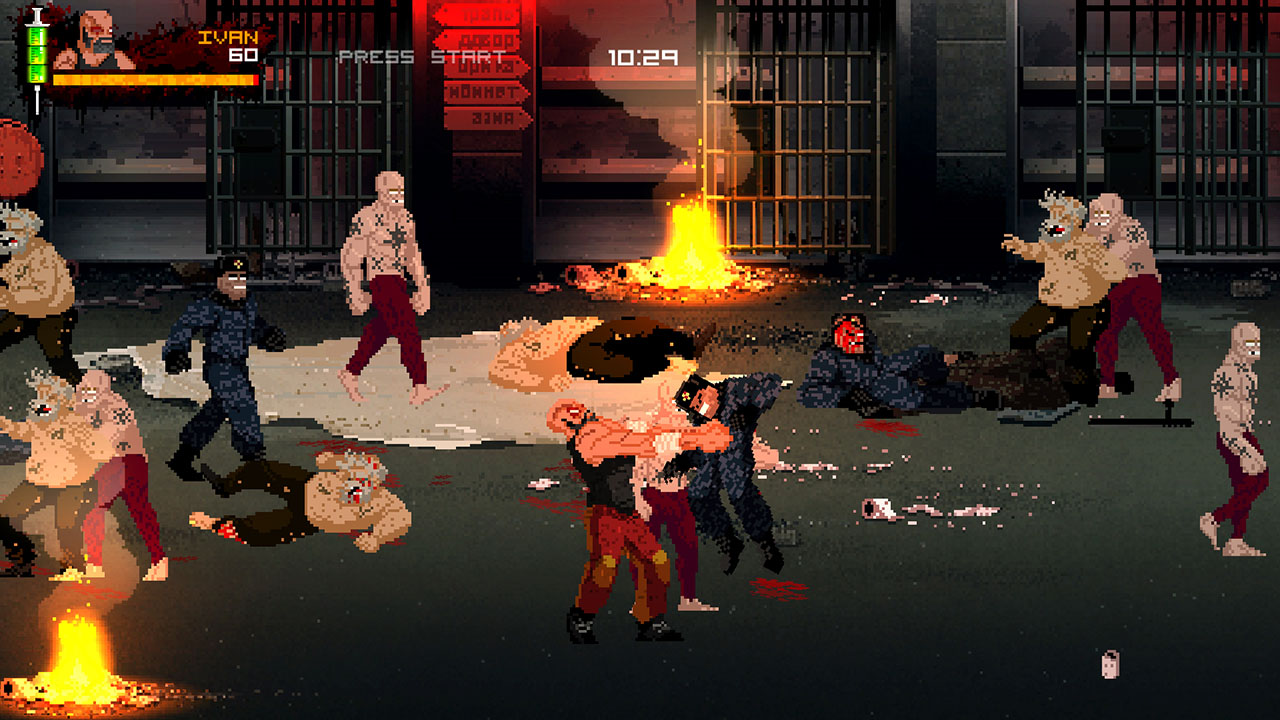 ReCore
ReCore is an action-adventure shooter, from the minds of game director Mark Pacini (Metroid Prime), writer Joseph Staten (Halo novelisation and writer on Destiny), and producer Keiji Inafune (Mega Man). The game’s development duties have been shared between Comcept – Inafune’s studio – and Armature Studio – Pacini’s creation, and publishing is being handled by Microsoft.

ReCore follows a female character called Joule Adams (in third-person view) and her robotic companions known as Corebots, who help her in combat and solving puzzles, at a mankind colony called Far Eden. With most of the Corebots gone rogue, it’s down to Adams to uncover secrets and save society.

ReCore will release on September 13 in N. America and Australia, September 15 in Japan, and September 16 in Europe and India. Being a Microsoft first-party title, it’s exclusive to Xbox One and Windows PCs. 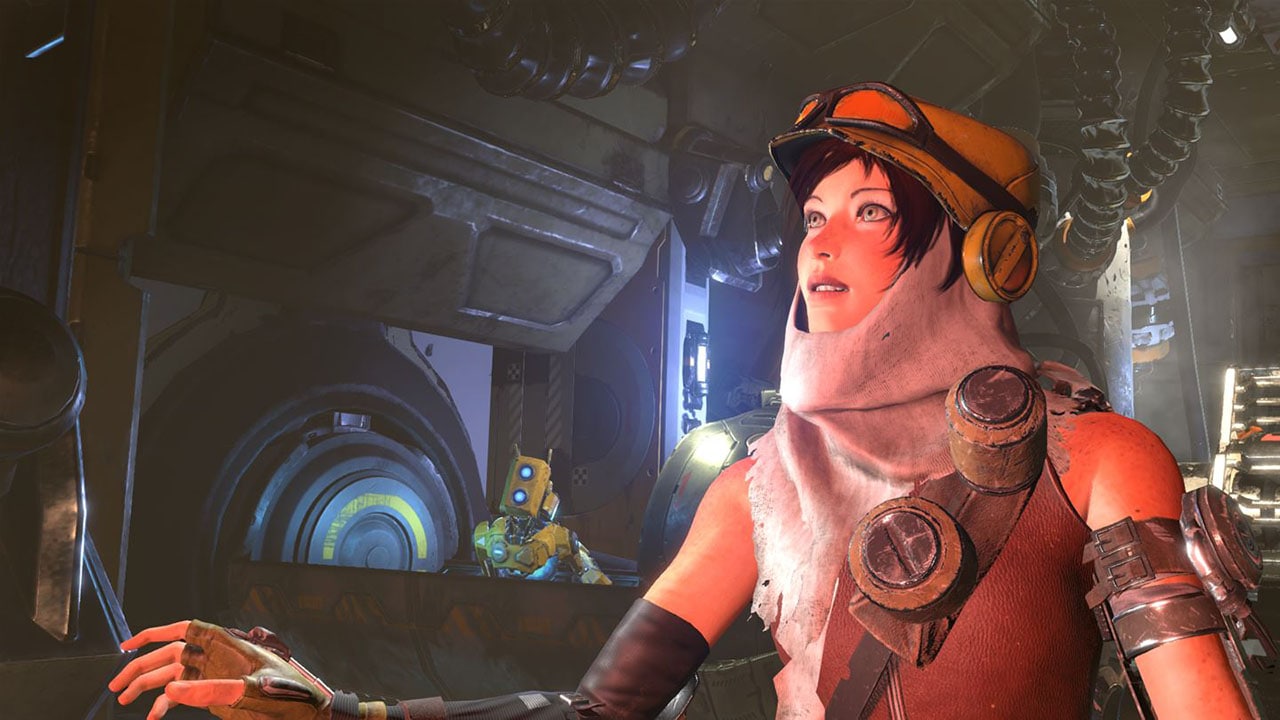 Virginia
Developed by London and Dublin, Ireland-based studio Variable State, Virginia is a first-person interactive drama and the studio’s debut project. “It is the story of a recently graduated FBI agent and her partner as they seek to uncover the mystery surrounding the disappearance of a young boy,” Variable State wrote about the game.

The people behind the studio - Jonathan Burroughs and Terry Kenny – were interested in making “more personal” games. So they left EA and Rockstar Games respectively, and came together to build Virginia in early 2014. Owing to its aesthetics and offbeat nature, the game has been compared to David Lynch’s cult hit 90s TV drama Twin Peaks.

Just like the show, in Virginia you will play an FBI agent trying to solve the murder of a child in rural America. Virginia will be available for the PS4, Xbox One, and Windows and OS X PCs on September 22. 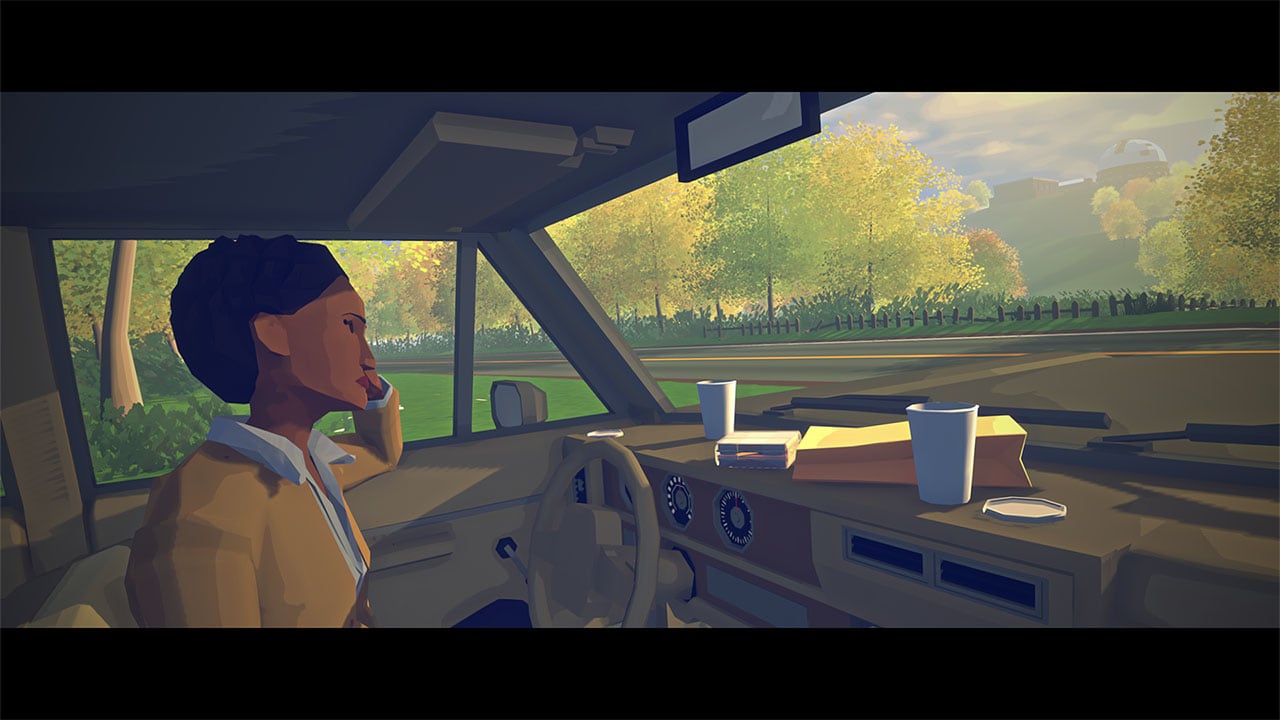 If those aren’t enough for you, there are other annual franchises in next month’s lineup too. EA’s ice hockey game NHL 17 (PS4, XBO) lands September 13 in N. America and September 15 in Europe, followed by 2K Games’ basketball title NBA 2K17 (PS4, PS3, XBO, X360, PC) on September 20 worldwide.

On top of that, Jonathan Blow’s puzzle game The Witness arrives on the Xbox One September 13, after releasing on PS4/ PC back in January. And near the end of the month, Firaxis’ fantastic follow-up XCOM 2 is getting to consoles on September 27 in N. America, and September 30 elsewhere.

What are you looking forward to this month? Drop a line via the comments or tweet to us @Gadgets360 with #gamesforseptember.