FIFA 16 Player Ratings: What You Need to Know 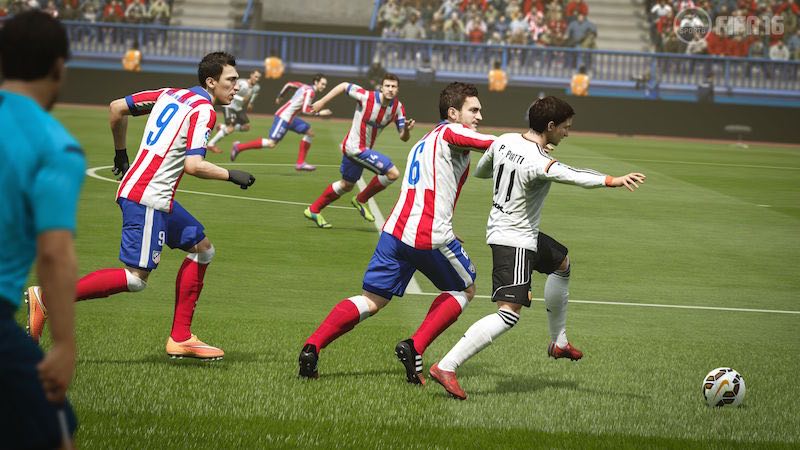 Another year, another FIFA. This year's FIFA 16 is a fine addition to the series with some big tweaks to gameplay. Delve beyond the obvious changes and you'll notice that the fine people at EA Sports have been busy tweaking the stats and numbers that every hardcore fan worries about, namely, player ratings. The way players have been rated has also changed, and this will definitely impact how you play.

What are FIFA 16 player ratings?
Notice that number next to a player when you select him or her anywhere from any game menu? That's their player rating. It's the single universal number that explains how good or bad a player is in FIFA 16 on a scale of 100. Obviously, those with a player rating closer to 100 are better.

So? Do a bunch of numbers really make a difference to how I play a game? Isn't this a game of skill?
Well. Yes and no. FIFA is still a game of skill, you'll still need to make the right passes, switch to the correct players and score goals. But much like how some teams play better than others in real life, some players will react faster or slower and increase the possibility of crucial moves like scoring a goal from a tight angle or pulling off a red card-free sliding tackle. In previous entries of the series, players with high pace statistic would literally run circles around others, effectively making other player ratings meaningless. This has been rectified this time around with player physics tweaked to ensure heavier, stronger defenders still have a chance against the faster players. 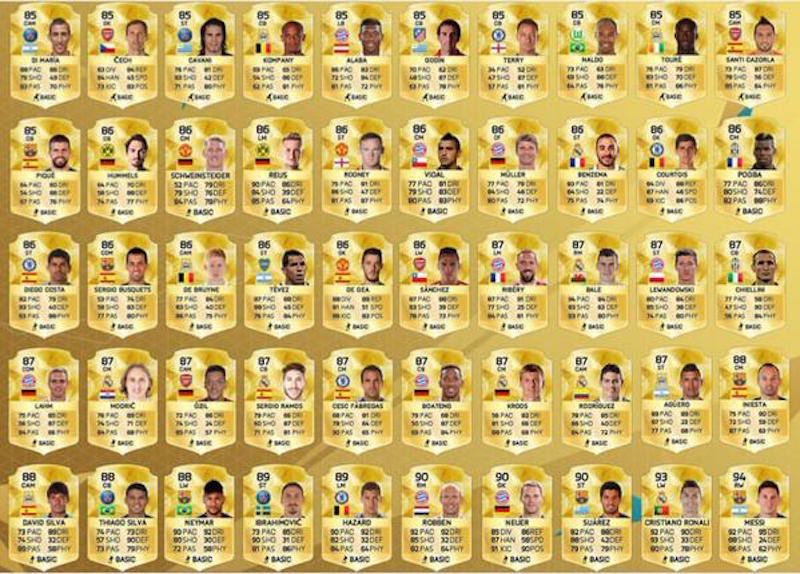 Which games modes are impacted by player ratings?
Every game mode is affected by player ratings, albeit in varying degrees. In an attempt to simulate real life performance, squads and their stats are updated weekly. This impacts the online multiplayer mode, called Seasons, tremendously. The initial set of player ratings affects the single-player career mode (which then updates depending how you play). FIFA Ultimate Team (FUT) and its shorter counterpart, FUT Draft are where the impact of player ratings are the most visible. However unlike Seasons that gets weekly updates, FUT gets a mid-season update on player ratings. Even then, EA does not reduce the rating of any player, rather adds new player cards based on their performance mid-season which may be higher or lower than their initial rating at the launch of FIFA 16.

How does EA calculate player ratings?
A lot of factors go into a player rating. Player performance is obviously important, but it is not the only one. The reputation of the player, team, and nation are crucial as well. Age as well his star power or popularity (how often he's won cups, what role he played) play a role in deciding the final player rating you see. Popular FIFA YouTuber Nepenthez has a great video explaining some of the many intricacies of FIFA's player ratings system.

But Mesut Ozil performed poorly yet he got a higher rating that last year! What's going on?
Every year, EA applies a different weight and priority to the aforementioned factors. And every year, a rabid section of FIFA fans will always have a problem with the final rating granted to a player.

In Ozil's case, he might not have had the best season but he's signed with Arsenal and his national team is Germany, both have a solid reputation. This is not all, he's on the younger side, and has won a lot in the last couple of years including the World Cup where he played an important role. All of these are why despite a perceived poor year, he still rates an 87, one point higher than last year's 86. 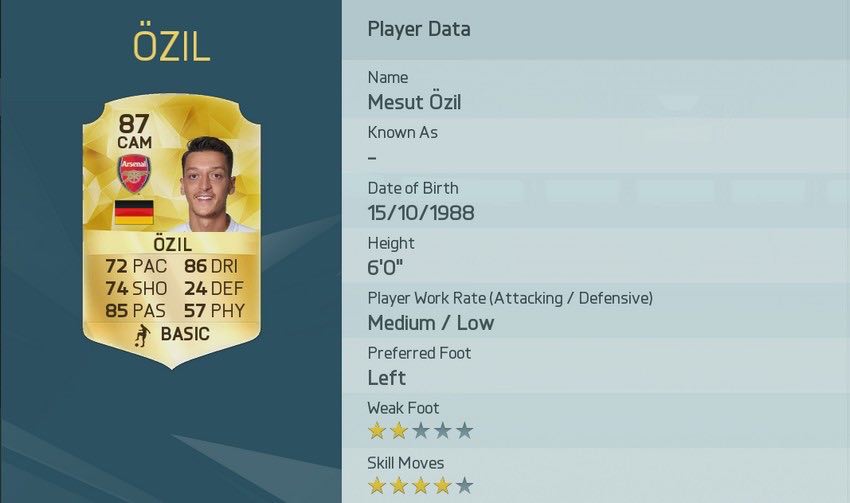 What's changed in player ratings this year?
If you delve a little deeper, you'll realise that player ratings aren't all they're cracked up to be. For example: a player like Gareth Bale has an overall rating of 87 while Cristiano Ronaldo is rated at 93. But comparing their stats side by side (using sites like FUTHead), you'll notice that Bale has a higher Total Stats and Total In-Game Stats compared to Ronaldo. This means that objectively, he's been the better player based on recent performances. But since overall rating takes into account national team reputation and star power, the fact that Portugal - Ronaldo's team, has a higher reputation than Wales - Bale's team, and that Ronaldo won the Ballon D'Or, gives him a higher player rating than Bale.

What do I need to keep in mind to build a winning squad?
With the way FIFA 16 plays, the strength attribute is important. We'd go as far as to say that it make as much as a difference as pace does. This is something you'd want to keep in mind when building your squad for online multiplayer, with a good mix of attributes, instead of just focusing on pace.

Squad updates, which occur weekly when you connect online, are based on real world events such as player injuries and weekly performances in their respective league. These impact player ratings in multiplayer mode. Depending on how good or bad a player performs or is injured, it shaves off or adds a point to his overall rating. The player transfers which takes place in January and August in real life leagues also decide which players you have access to for your team of choice.

In career mode, you might want to peruse through FIFA 16's hidden gems, a list of soon to be topnotch talent that's ripe for grooming into the next Messi or Ronaldo.

As for FUT, you need chemistry as well as solid player ratings. Chemistry refers how well your players get along and is indicated by red, yellow, or green lines. Red means poor chemistry. Yellow means middling chemistry. Green means good chemistry. High chemistry means better communication, tighter defence, and less chances of fumbling a pass or a shot on goal. Nationality, the clubs which players play for, and the nationality of the manager all contribute to this.

The underlying reason for all these little tweaks and changes to player ratings is that EA is looking to keep each FIFA game as close to its real life counterpart. It's an admirable, ambitious endeavour, but along the way, much like us, you'd begin to wonder how a simple game turned into a complex affair that's almost like a role-playing game.