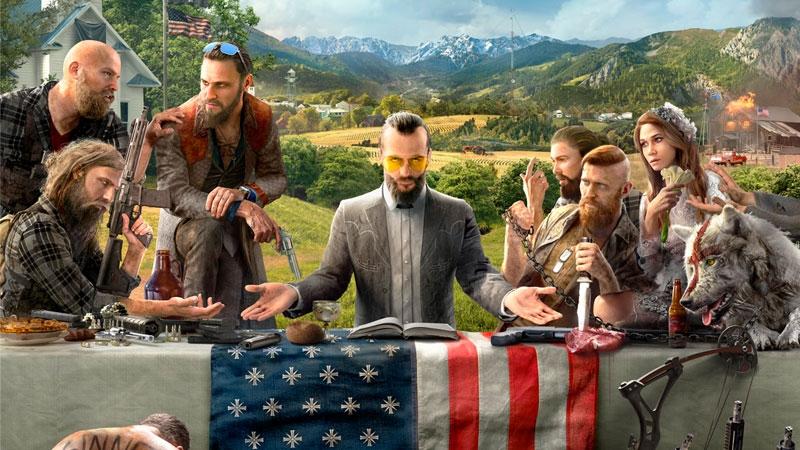 You've had enough time for light gaming and finishing off some of your last year’s backlog in the first couple of months this year. Now, with March bringing in some springy goodness both in terms of the weather and game releases, it’s time to get that trigger finger warmed up. There are a lot of new remasters on our list of most anticipated game releases of the month, and there are a few that we’ve been eagerly awaiting for a while now.

Far Cry 5
Far Cry steps out of its exotic locations to the fictional town of Hope County, Montana. A militaristic doomsday cult by the name of Eden’s Gate, lead by a preacher named Joseph Seed, is forcing town locals to follow its preachings to the path of salvation. You, of course, are there to stop them, and that’s where the Far Cry formula comes into the picture. Staying true to the series, you have outposts to take over, locals to recruit, animals to hunt and a good variety of weapons in your arsenal to use while at it. Of course there are also new mechanics like “Fangs for Hire”, which lets you tame wild animals and help you take on enemy outposts. Oh, and there’s a fishing game too.

Final Fantasy XV: Windows Edition
The promise of this Windows Edition is that unlike day-one console version buyers, PC gamers will be getting Final Fantasy XV Review the ‘way it was meant to be played’. Our early impressions were far from perfect. Hopefully this changes by the final version, so that you get a visually enhanced version of the game, along all the DLCs that give that story a conclusion, unlike the unfinished plot version early console players had to deal with.

Sea of Thieves
While there’s also an Assassin’s Creed Rogue remaster slated for release this month, Sea of Thieves is the biggest highlight for gamers looking for a pirate adventure. Take on the high seas, fight battles, and enjoy the loot in this shared multiplayer universe. Though the beta did remind us a bit of No Man’s Sky, we’re still interested in seeing what the final adventure has to offer.

Burnout Paradise Remastered
It’s seldom that gamers scream this loud when a game is announced outside of an E3 press conference, but that’s the reaction Burnout Paradise Remastered received when the trailer took everyone by surprise last month. The game retains the speed, with high FPS gameplay and (surprisingly), the epic soundtrack as well, while updating the visuals to sweet, sweet 4K. Will it play as well as it did back in the day? We’ll keep you posted.

A Way Out
From Hazelight Studios, the folk who created Brothers: The Tale of Two Sons, which perhaps was one of the best cooperative adventures in recent times, comes another ambitious adventure that’s, well… a little less colourful. Based around two convicts looking for a way to break out of the prison, the game is designed to be played in co-op either through local multiplayer or online. It’s a unique approach considering the direction that video games are going these days, but we do look forward to this breath of fresh air.

What are you playing this March? Let us know via the comments.