The Elder Scrolls: Blades for Android and iOS Feels Like Skyrim By Way of Clash of Clans 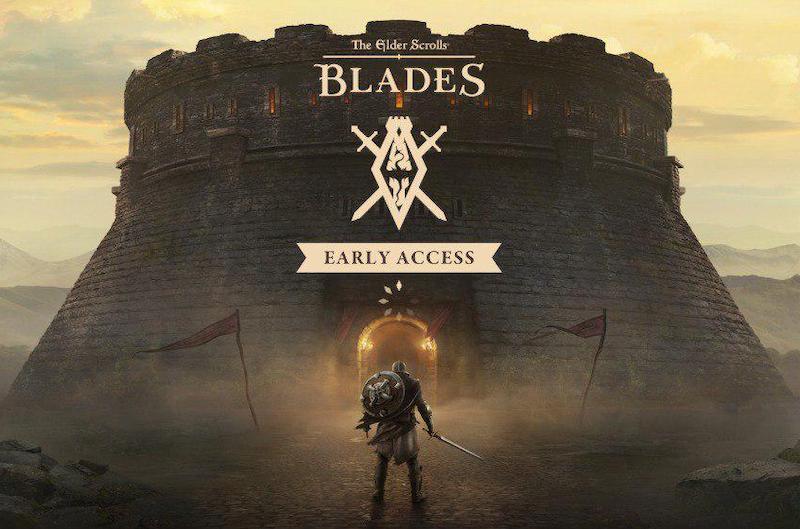 Right now, The Elder Scrolls: Blades for Android and iOS is still in early access. Though you can download the game via Google Play or the App Store, you won't be able to play it immediately. Rather, you'll have to log in with a Bethesda account or create one to play Blades. Even then, you won't be able to play it until you get an email from Bethesda stating you are good to go.

While this is fairly standard procedure, what's annoying is Bethesda teases you with what's possible by giving you a slice of the combat and premise before booting you out of The Elder Scrolls: Blades if your Bethesda account hasn't been whitelisted to play the game.

This issue notwithstanding, the first few hours of The Elder Scrolls: Blades are interesting to say the least. Taking place completely in first-person, the game has you as a member of the Blades, an elite group of agents forced into exile as a part of a tumultuous peace treaty. On the run, you find your hometown in ruins. It's up to you to save your city by rescuing its citizens and rebuilding it piece by piece. The combat has you exploring dungeons aplenty, filled with goblins, soldiers, and skeletons, not too dissimilar from past Elder Scrolls games like Skyrim and Oblivion.

However, the city building elements are reminiscent of Bethesda's experiments in Fallout 4 and Fallout 76, having you on the hunt for materials like wood and limestone to name a few. On finding them, you tap on a spot in your town to build it.

Combat consists of tapping parts of the screen to activate spells such as hurling bolts of lightning or throwing fireballs, holding and releasing on enemies to pull off sword stabs, or simply tapping a shield to block incoming attacks. It's further simplified because you don't have to move in combat. Instead, getting into combat firmly plants your character in place, letting you tap and hold to vanquish those in your way.

It works well and feels enjoyable thanks to slight bobbing of your character with every hit and detailed enemy animations that indicate how effective your attacks are. It's not a massive step up from the likes of, say, Infinity Blade in terms of innovation but it's entertaining all the same.

Navigating the world of The Elder Scrolls: Blades is just as simple. All you need to do is tap at a point on the ground to go there.

While longtime Skyrim players will find the distinct lack of voice acting from the many characters you meet to be jarring — you'll have to read all their lines of dialogue, we're guessing this has to do with The Elder Scrolls: Blades' relatively small download size of around 900MB. This aside, there's little amiss in terms of gameplay. Our concerns lie with the game's potential monetisation issues — The Elder Scrolls: Blades is layered with timers.

From opening the many chests you find in dungeons to building places of importance like a blacksmith's forge, everything works on timers. While they're relatively short during the game's opening hours — lasting not more than five to 10 seconds — it's obvious that Bethesda has grander plans for this, what with the presence of gems to speed up the process. Taking a leaf out of Clash of Clans, these time-saving gems are the only in-app purchases with real world money priced between Rs. 130 and Rs. 8,600.

This could make playing The Elder Scrolls: Blades over a prolonged time a pay-to-win affair depending on how monetisation works for someone with a lot of time invested in the game, forcing players to spend on gems to open chests or build crucial structures.

Visually, The Elder Scrolls: Blades is fantastic — from sprawling, lush forests to dark dungeons, every single inch of the game is a treat to look at. We played it on two devices, an iPhone SE and a Samsung Galaxy Note 9. And while it obviously looked better on the latter, it was no slouch on the former, with details such as light rays and spell effects present and visible despite the iPhone SE's relatively lower specifications. Technically, it's a far cry from Bethesda's last game — the atrocious Fallout 76 — and was stable on both devices, being playable with no crashes or slow downs.

It helps that The Elder Scrolls: Blades has cross-progression, allowing us to play on our iOS device and continue on Android provided we used the same Bethesda account. New features like an Arena PvP mode — which lets you take on other players — will be added when it exits early access too.

The Elder Scrolls: Blades is a polished take on the existing Elder Scrolls formula. It attempts to imitate the scale of Skyrim with its simplified gameplay mechanics, and it sidesteps the issues of Fallout 76 too. However, some aspects of it, such as its Clash of Clans-inspired monetisation could end up being pain points down the line. Hopefully, Bethesda stays away from predatory in-app purchases, which is something we can only ascertain when it has a wider release.