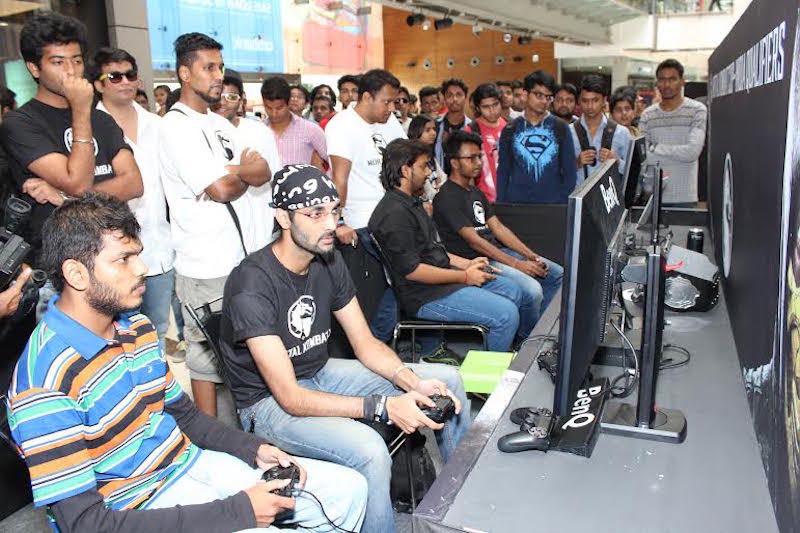 It is a paradox pitting popularity against relative pittances - e-sports have exploded into the global consciousness but the big money has not yet appeared pitchside, or screenside.

Participation has soared as virtual games gain traction, with a worldwide fan audience now estimated at 280 million, approaching that for the NFL.

Such a leap in growth has helped fuel talk that competitive electronic sports, or professional gaming, could even soon become an Olympic "discipline".

But even if the League of Legends final drew a huge audience to the "Bird's Nest" National Stadium in Beijing earlier this month the sector has yet to mature economically and needs to secure more funding in order to secure a longer term foothold in the sporting world, analysts say.

And the question of how to open the revenue stream sluice gate is complex.

"This year, e-sports should earn a little over EUR 850 million ($990 million) and studies show that come 2021 we'll reach turnover of some three billion euros," says Laurent Michaud, director of studies at Idate, a leading European think tank on the digital economy.

"But that's set against a global video games market worth more than EUR 65 billion."

How to ramp up low monetisation is exercising minds given that an e-sport fan brings only three euros to the table annually on average, according to a recent study by Nielsen Sports.

'Complicated audience'
One reason for the disparity between the virtual and the non-virtual sporting universes is the difficulty of engaging with e-fans via traditional broadcasting outlets.

"Our football stadiums are still sold out -- but clubs shouldn't feel too safe because the crowds are not so young. Traditional sports don't have to be afraid of e-sports, TVs should," says Tim Reichert, chief gaming officer at German top-flight football club Schalke 04.

"We're still at the point we have to educate broadcasters and outside sponsors on how to interact with this complicated audience, because they don't watch TV and they all have ad blockers," Reichert told AFP at the Web Summit in Lisbon, a kind of "Davos for geeks" where virtual gaming featured high on the agenda.

Many e-sport fans are used to receiving their visual fare for free via platforms such as YouTube, rather than switching on the TV set.

Traditional media are still taking baby e-steps after coming late to the genre.

"We've had a partnership with BBC 3 which is a really good space to explore it, and with some success," says Barbara Slater, who heads the BBC's sports coverage.

"We've covered an e-gaming event live. I just think we'll step forward cautiously but there is no question the interest and the amount time and engagement that e-sports is achieving with our audience."

An additional obstacle is dubious image a substantial swathe of society has of video gaming and e-sport in particular.

"People are afraid of what they don't understand. There is still a generation that doesn't know anything about video games. Twenty ago that was a majority, now it's 50-50 and in the future there will be less people that don't understand it," says Ralf Reichert, founder of Electronic Sports League (ESL), the oldest and largest-scale organiser of e-sport competitions.

"The simple changing of generation will remove the fear" of making the e-leap, says Reichert.

In his view, "today's fans take their children to watch an e-sport competition e-sport as some take theirs to watch the baseball. These are the upcoming generations of fans."

That will increasingly bend the ear of sponsors and broadcasters when it comes to showing and investing in competitions which are set increasingly to become unmissable attractions on the e-circuit.

"Our sponsoring costs are rising and will continue to do so, but so will our earnings," insists Bracken Darrell, president and chief executive officer of IT device developer Logitech.

IDate's Michaud weighs in that "the future of e-sport is not on television, everything is on the web".

He added: "Broadcasting rights will concern platforms, there will be (rights) for the organisation of events, everything connected to sports betting could comprise important revenue."

"Football is much bigger and it's going to be there for a long time but it's totally fine," insists RESL's Ralf Reichert.

"If e-sport becomes the second largest sport in the future, everyone in the industry will be very happy with that!"