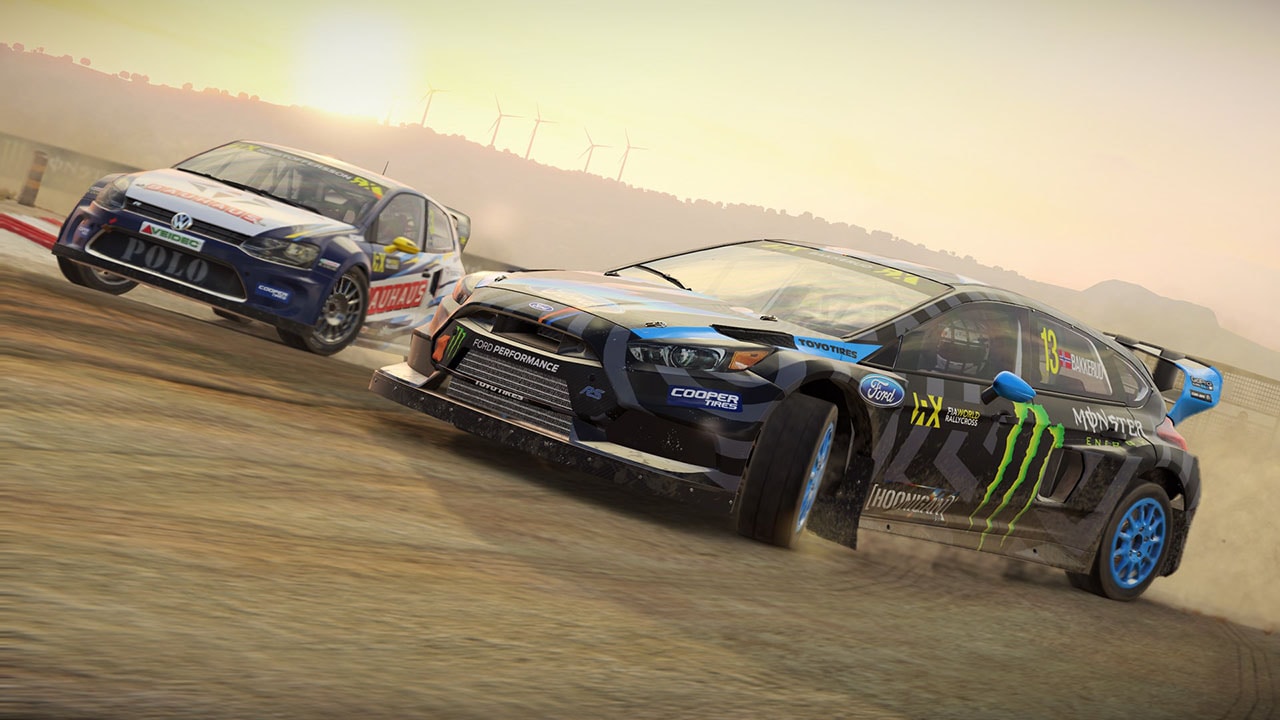 Six years after the last numbered Dirt title, Codemasters is back with the next instalment: Dirt 4. The rally franchise is doubling down on its roots with the latest chapter, eschewing the gymkhana mode from Dirt 3, and instead borrowing more from the previous 2015 entry, Dirt Rally, which showed its simulation chops.

In acknowledgement of its target audience’s preferences, Codemasters is providing two handling options with Dirt 4: ‘gamer’, and simulation. While the former is the more arcade-y feel (from Dirt 3) that allows you to focus on having the most fun, simulation is self-explanatory, in that it’s as close to real driving as possible. The developers brought rally driver Kris Meeke and two-time World Rallycross Champion Petter Solberg on board to work on the handling, so you know you can expect the real deal.

Of course, you can expect the full tuner system to make its return as well, which lets you tweak your car set-up based on the track and weather conditions, along with vehicle type and status. In terms of car variety, there are a total of 50 off-road vehicles in Dirt 4, including the likes of Ford Fiesta R5, Mitsubishi Lancer Evolution VI, Subaru WRX STI NR4, and Audi Sport quattro S1 E2.

Releasing on June 6 in the US on PS4 and Xbox One, and June 9 worldwide for PC and consoles, Dirt 4 will revolve around timed stage events on both asphalt and, well, dirt. There will be three game modes primarily – Rally, Rallycross, and Landrush – with each built for different sets of cars.

If you're looking to buy a physical copy of Dirt 4 in India, it's available exclusively on Amazon for Rs.3,499 on the PS4. No PC or Xbox One versions have been listed at the time of this story.

If this is your first Dirt game, you’re probably wondering what the other game modes aside from ‘Rally’ mean. But there are changes across the board, so it’s better to introduce them all one by one.

The crux of any Dirt game is the Rally experience, which is a given since the franchise had its beginnings in the Colin McRae Rally series. With Dirt 4, due to the lack of licensed content, Codemasters is adding an option to create your own rally route, dubbed 'Your Stage'. It’s essentially procedural generation of racetracks.

It will let you create, race, and then share tracks with your friends, by choosing five variables: location, time, weather, length, and complexity. Codemasters says that there are a billion possible stages, which means you can create a rally stage that no one else would have driven on.

Speaking of locations, you get Fitzroy, Australia; Tarragona, Spain; Värmland, Sweden; Michigan, USA; and Powys, Wales. Additionally, there’s a Dirt Academy at the DirtFish Rally School in Washington, USA, where you’ll be taught the basics, and which later serves as a free training ground of sorts. Though gymkhana is no more, you can still do donuts and smash blocks around the Rally School.

Then, there’s Rallycross. Unlike the sprint-based Rally, which goes from point A to point B, Rallycross is circuit racing on mixed surfaces. And thanks to Codemasters’ partnership with FIA, Dirt 4 is the official game of the FIA World Rallycross Championship, which gives it access to five tracks: Lydden Hill, England; Höljes, Sweden; Hell, Norway; Montalegre, Portugal; and Lohéac Bretagne, France.

Cars in Rallycross include everything from crosskarts, Super 1600s and RX Lites, to Supercars and Group B vehicles. The supercar class cars are all 600bhp monsters, which can accelerate from 0-60mph in less than 2 seconds.

The last of those, Landrush, makes its return from Dirt 3. Codemasters defines it as “short-course dirt track racing” taking place with all manners of odd cars, such as Pro Buggies, Pro-2 Trucks, Pro-4 Trucks and crosskart vehicles. Buggies are rear-engine RWD, but they’re also the least powerful vehicle, which means they offer the best entry into Landrush.

In terms of locations, Landrush will take you to fictional arenas in California, and Nevada, USA and Mexico.

At the heart of any proper racing game is a career mode, which allows you to start as a rookie in rally school and become the next world champion over the course of a few seasons. With Dirt 4, Codemasters has placed an even bigger focus on the career mode, which will include both Rally and Rallycross – Landrush is optional, but will be required for 100 percent completion – as you build a racing team, and bring sponsors on board.

“[One] of the biggest differences is the introduction of a proper career mode, where you start out as a new driver and work your way from the DiRT Academy all the way through to becoming world champion,” Paul Coleman, chief game designer at Codemasters, told Redbull.com in an interview. “This more structured path through the game is something that we know our fans have been asking for, so it was a really important part of what we are doing with DiRT 4.”

There’s no split screen option in Dirt 4, and instead, you’ll have daily challenges, and weekly and month-long community events. Plus, you can take part in live ranked multiplayer in Pro Tour.

Dirt 4 will have cross-platform leaderboards, and because there are two handling options – gamer, and simulation – each will also have its own individual leaderboards.

Dirt 3’s free-roam option aka Joyride makes a return in Dirt 4, albeit changed in a few ways. While it will allow you to perform stunts and throw your car around in a break from competitive racing, there are also opportunities to develop your skills. That includes lap-time challenges, smash the blocks challenges, and the option to send challenges to friends. It all takes place on the DirtFish ground in Washington, so it links into the rally school aspect of the game too.

For voice acting, you can choose from two different options in Dirt 4: rally co-driver, commentator, and motorsport presenter Jen Horsey, and Colin McRae’s old co-driver Nicky Grist. Both will guide you through rally stages, or be your rally school instructor.

Codemasters is fully embracing the technology available to them on consoles and PC. On the PS4, Dirt 4 claims to run at a smooth 60fps. The developers have also made several improvements for the PS4 Pro, including increased MSAA, shadow map resolution, Image Based Lighting reflection resolution and accuracy, and environment map resolution. The game’s PS4 Pro version will also have MSAA for mirror rendering.

While Dirt Rally is available on PS VR, Codemasters isn’t focusing on that yet with Dirt 4. “At the moment we’re working on polishing the base game, and will explore our options with VR post-launch,” it said on its blog.

If you’re playing on PC, there’s a long list of wheels and other accessories that you might be in interested in knowing about. For everybody else, here are the minimum and recommended system specifications: