Dead Rising 4 Is Finally Out on PS4, but Should You Buy It? 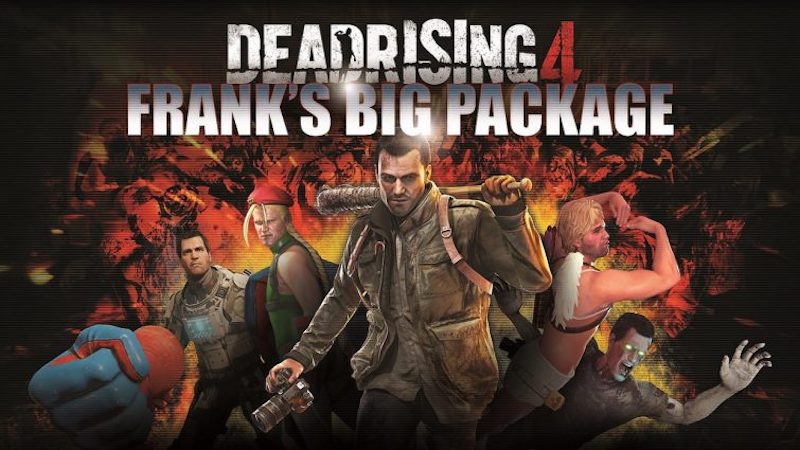 Aside from Resident Evil, Capcom’s other big horror franchise is Dead Rising. The last entry, Dead Rising 4 was originally exclusive to the Xbox One. Though that changed quickly with reports that it would eventually be out on the PS4. This was six months before its Xbox One release, and at the time we called it out for being hamstrung by technical issues.

A year after its Xbox One debut, Dead Rising 4 has finally made it to the PS4 as Dead Rising 4: Frank’s Big Package, with a December 5 release date. But is it worth buying?

Dead Rising 4 PS4 - what you get
Aside from the base game, the many patches that followed also make it to Dead Rising 4: Frank’s Big Package - ensuring a less buggy, more stable experience. In addition to this, it comes with the following content:

• Capcom Heroes: this mode lets you play through Dead Rising 4’s story using outfits and over the top attacks borrowed from Capcom’s roster of characters. Be it the instantly recognisable Jill Valentine from Resident Evil, Devil May Cry’s Dante, or the lesser known Viewtiful Joe, it’s a sweet way to experience the game.

• All downloadable content: costumes and weapons from the Stocking Stuffer Holiday Pack, additional single player content in Frank Rising and a new game mode in Super Ultra Dead Rising 4 Mini Golf. Of these, Frank Rising is necessary DLC to play through because it actually rounds off Dead Rising 4’s plot. It wasn’t included in the initial Xbox One release, however it is present and accounted for here.

Dead Rising 4 on PS4 - is it as buggy as Xbox One at launch?
Sound effects and voices worked as they should, a contrast compared to the Xbox One version at launch. Critical items which tended to go amiss on last year’s release were accessible as well, making for a pain free experience. There’s very little in way of game-breaking issues on Dead Rising 4, making the PS4 version worth checking out for this reason alone.

In addition to this, the Capcom Heroes Mode is fantastic inclusion, allowing you to unleash a helicopter kick on zombie hordes wearing Ryu’s gear from Street Fighter, or let loose a flurry of sword strikes as Devil May Cry’s Dante. As you progress, you’ll unlock new costumes and abilities for them as well as their more powerful shadow variants. Given the wacky nature of Dead Rising 4, we’d say that this is indeed the way to play the game, more so considering that you can use each costume for about five minutes before reverting to your normal state, forcing you to alter your approach as you play.

Super Ultra Dead Rising 4 Mini Golf serves as a distraction, allowing you to wallop zombies on a golf course while racking up the best score. Fun name notwithstanding, it’s not central to the experience but a nice go to when you’ve reached a lull in Dead Rising 4’s story.

Dead Rising 4 frame rate PS4 Pro vs. Xbox One X
Unlike other games enhanced for the PS4 Pro and Xbox One X, there’s no option to choose a higher frame rate or better resolution, leaving you stuck with whatever Capcom has ascertained to be fit for your TV. This is disappointing considering the sheer number of zombies that populate the screen - the carnage that ensues would benefit from a smoother frame rate. If a 60fps experience is what you’re looking for, the PC version is best for you, with this being achievable on a modest rig.

Dead Rising 4 on PS4 - should you buy it?
A year ago, Dead Rising 4 on the Xbox One cost Rs. 3,990 ($60 in the US) and it was available digitally only. That's because Microsoft India chose not to bring the game to India on disc. Fearing competition from the likes of Call of Duty and Battlefield, it never saw a physical release.

Capcom believes otherwise. Plus it’s cheaper too. Dead Rising 4 on the PS4 costs you Rs. 3,499 ($50 in the US) — Rs. 500 less than what it does on the Xbox One. Also, it comes with every piece of content released for the game and most of it is on disc. This means you won’t have to max out your Internet connection to play it either as it weighs in at around 68.73GB in its entirety on the PS4 and Xbox One.

If you’re a fan of the franchise and own a PS4, this is the edition to get. Own an Xbox One and haven’t jumped in yet? You’re better off waiting for the inevitable Xbox digital Christmas sale where it should see a healthy discount, as it still holds its Rs. 3,990 price tag on the Xbox Store.