Dark Souls: Remastered Xbox One X vs PS4 Pro - Which Version Should You Buy?

Download size
Dark Souls: Remastered Xbox One X download size is 7.13GB while it clocks in at 7.3GB on the PS4 Pro. And despite the difference in download size, we soon realised that there wasn’t any drastic change in performance.

Frame rate
In both versions of the game, we didn’t see any major dips in frame rate in most cases. The game’s opening Asylum area as well as the Undead Cathedral among others were equally smooth on both consoles. There’s a subtle difference between the two in boss fights, though. Be it fighting the Bell Gargoyle or spider witch Quelaag, the Xbox One X felt just a bit more responsive in such encounters. It’s not a dealbreaker if you have a PS4 Pro, but it’s something to consider.

Graphics
Visually, there’s little to choose between the two. From swampy locales like Blighttown to skeleton warriors that you encounter across Lordran, they’re near identical. Though lighting appears just a bit more sharper on the Xbox One X as do some character models, it’s not particularly noticeable until you compare both versions of the game side by side. 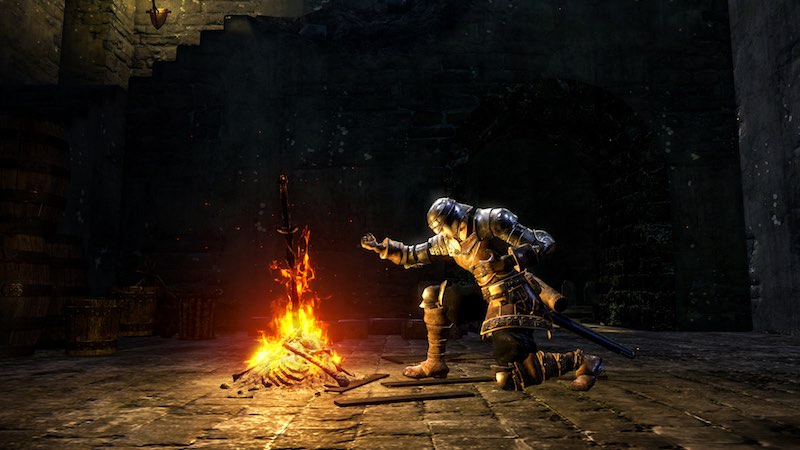 Enhancements
Both versions of the game support 4K and 60fps, and there’s nothing unique to either version. HDR for Dark Souls: Remastered was mentioned prior to release on the official PlayStation blog, but it doesn't seem to have made the cut in the final release with the option missing from the game’s settings and Sony later edited the post “to remove the mention of HDR lighting at Bandai Namco’s request.” Unlike other games for iterative consoles like Monster Hunter World, you can’t change any settings to prioritise resolution over frame rate or vice versa.

Frame pacing
Frame pacing refers to scenarios where the game’s image does not look smooth even if the frame rate is what it should be. Thanks to the frame rate enhancements compared to its original release back in 2011, this is not a problem in Dark Souls: Remastered. Responsiveness and image quality appear to be in sync, so the choice boils down to the controller you prefer - which brings us to the final point.

Dark Souls: Remastered PS4 Pro vs Xbox One X - what console to buy it on?
All said and done while there are minor differences between both versions of Dark Souls: Remastered, and none of them are dealbreakers by any stretch. Granted, certain missing options such as HDR would have made for a more complete experience, but it’s still a good looking game regardless of whether you prefer Microsoft's console or Sony's offering. As it stands, you really can’t go wrong with Dark Souls: Remastered on either console.

Dark Souls: Remastered Xbox One X vs PS4 Pro - Which Version Should You Buy?
Comment