Comics, TV Shows, and Movies That Would Be Great as Telltale Games 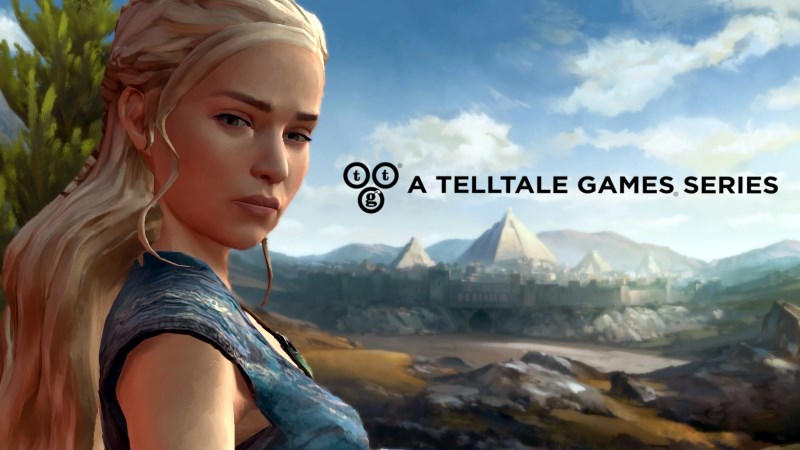 Telltale Games' work on episodic adventure games has received near universal praise as the studio has managed to make tie-in games without making them feel like stale knock-offs. Telltale has worked on some of the most popular TV and comic franchises, such as The Walking Dead, Game of Thrones, and The Wolf Among Us.

In these games, the developer has been noted for its attention to character building, and the choices made by the players in conversation trees have a real impact as you progress through the episodes. What seems like a small choice at the start of the story could have a big impact by the end of it all. Telltale has focused on creating original work in established universes, notably with the development of House Forrester in its Game of Thrones game, tying it in successfully with the events of the Game of Thrones television series.

(Also see: Game of Thrones: The Lost Lords Review - Full of Suspense but Short on Resolution)

With new titles on the way - from Batman to Marvel - in the coming years, Gadgets 360 decided to look at what other comic books, TV shows, and movies would work great as Telltale adaptations. Here are three stories we hope the studio will get to tell.

Sin City
Frank Miller is a veteran in the comic book industry, and his work on the Sin City comics that ran from 1991 to 2000 is some of the most revered. The heavy visual contrast found throughout the pages, and gritty characters who trust no one, drew heavily from film noir. Bold splashes of a single colour to highlight characters or actions have given Sin City an instantly iconic look, and will take Telltale Games in a classic direction it has some experience in.

Telltale's work on The Wolf Among Us, with the first of five episodes releasing back in October 2013, shows that the studio is comfortable with working on noir stories. Based on the Fables comic book series by Bill Willingham, Telltale brought a classy neo-noir world with a disturbed protagonist, a sheriff, to boot. 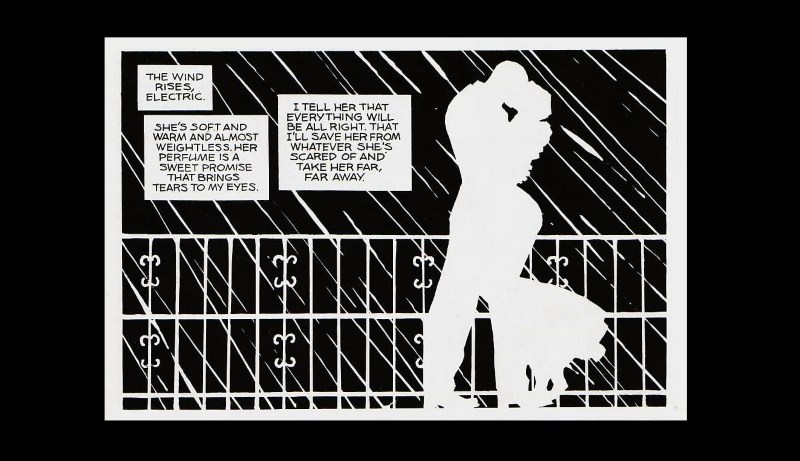 How it could work: Miller's work ticks all the right boxes for Telltale's style - increasingly grey characters, and dark morally complex choices. From a narrative standpoint, Sin City is the perfect site for a Telltale story, as it lends itself to an interesting blend of conversations, something that is at the heart of the studio's games.

Sin City is set in a fictional west America town, with a mostly corrupt police system, a town run by nepotism courtesy of the powerful and rich Roark family, and a red-light district off-limits for anyone looking to cause trouble not business. In between all this, ageing cop John Hartigan is the sole incorruptible official. There are a few obvious parallels here, the least of which is the gruff nature of the comics' leading men.

The Wolf Among Us served as a prequel to Fables, and with Hartigan pushing 60 at the start of Sin City, Telltale has ample room to design a completely new story arc. During the time period explored by Miller, the Roark family is at the height of its power with members in the Church, Senate, and the Department of Justice. A video game adaptation could explore the rise of this Roark generation before they became (spoiler alert for a 2005 movie) serial killers on the side, while simultaneously building on the Magliozzi family's presence and influence in Basin City.

That kind of variety also extends to the utilisation of quick-time elements, with the violence-hungry characters of Sin City offering no shortage of options from bashing someone's head through the door to an unspeakable treatment of a party's private parts.

Why it would be great: Miller's striking artistry; The moral conundrums faced by the characters in the stories; The dark and gripping nature of events that defines everything in Sin City; The dry and black humour; The wrath of the Old Town women.

Lost
When it arrived on the scene in 2004, Lost was a game changer. The premise of the show was simple: a routine flight from Los Angeles to Sydney encounters trouble and crashes on a tropical island in the Pacific Ocean. But what appeared to be a show about the survivors and their wait for a rescue quickly turned sour, and scarily mysterious.

The latter of those, coupled with a heavy dose of sci-fi and supernatural elements catapulted every episode of Lost - at least for the first three seasons - into an increasingly complexly woven 45-minute tale week in, week out. Before The Walking Dead became the go-to show to watch a group of survivors fight it out against a world that's out to get them, showrunners Damon Lindelof and Carlton Cuse were deliberating and throwing everything they could think of at the crash survivors of Lost. 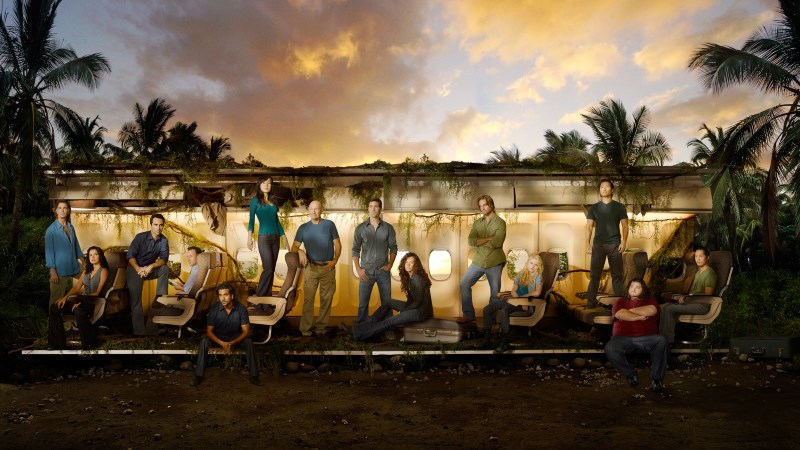 How it could work: With over 100 drama-length episodes in existence, there's enough lore here for at least half a dozen Telltale Lost games. Telltale can use the backdrop of Lost's mysteries to tell an engrossing game and the TV series' focus on narrative suits the kind of games the studio makes as well. It wouldn't translate well as a typical action adventure game, but Telltale could make it work.

Telltale's work with The Walking Dead has proved immensely successful; 11 episodes, released over two games till date, have sold more than 28 million units in total. The game has been praised for its quality of writing and the ensuing relationship between the game's criminal protagonist and an eight-year-old girl orphaned owing to the zombie apocalypse.

Like that series, Lost had a multicultural ensemble cast, and a typical episode explored events on the island accompanied by flashbacks as we discovered about each and everyone's past, piece by piece. By giving so many of them a story, the show made them relatable as people you knew. That not only gives Telltale a huge base to choose from, but also work in new characters; something the studio has been more than willing to.

The island of Lost is the one crucial element that justifies all the madness, and any video game adaptation would be wise to maintain that. It helps though that jumping around in time was frequently used (and possibly overused) towards the latter seasons, which gives Telltale leeway to pick up and build as and when they wish.

One option would to be work within the original timeline, and establish the player as the leader of the survivors, be it Jack Shephard (Matthew Fox), John Locke (Terry O'Quinn) or even Kate Austen (Evangeline Lily). Although that would place a lot of heavy decision-making on the protagonist's shoulders, it would also carry a ton of opportunities. By carrying along the biggest moral conundrums and having to keep everyone happy, it would allow players to define their own leadership style by expertly navigating the conversation trees.

Or Telltale could well reuse some of the show's time travel concepts, and tell an episodic story through the ages. With the scientific experiments of the DHARMA Initiative taking place between 1970s and 1990s and the crash landing in 2004, there's no shortage of storylines.

Why it would be great: The smoke monster; The mystery of the Others; Not just flashbacks, but flash forwards and (possibly) flash-sideways, a concept pioneered by Lost; Also, the mystery of who and what is Locke?

The Matrix
Not many films have had as profound effect as The Matrix on an entire genre of film-making. The film's use of the "bullet time" effect - movement of the camera at normal speed while everything else is in slow motion - in addition to the exemplary use of wire work-enabled Asian fighting techniques and mind-boggling visual effects established the Wachowskis as innovators and leaders of the cyberpunk science fiction film scene.

While the sequels may not have lived up to the 1999 original, they provided plenty of backstory for the origins of the Matrix-verse and life beyond it, without being too definite. That gives Telltale room to manoeuvre the setting and feel of the story it tells, without feeling stale or a repetition of what the movies already did.

(Also see: Gunkatana Is an Upcoming Indie Game Influenced by The Matrix, GTA, and Hotline Miami)

How it could work: The Matrix movies naturally lend themselves to the studio's use of quick-time events. With so many of the fighting sequences in the Matrix trilogy coming down to hand-to-hand combat, in part thanks to the manga inspiration, deciding whether to go for a left-footed heel jab in the knee or a two-handed block is a matter best decided in temporary slow motion, in the style of Telltale's other adventure games. At the same time, The Matrix is unlike anything Telltale Games has touched upon before, which will allow the studio to tell completely fresh stories.

If you've never seen the movie, it represents a dystopian setting wherein humans are used as energy cells by sentient robots while their consciousness resides in a simulated reality known to a few as "The Matrix".

Keanu Reeves portrayed the sixth instalment of 'The One' in the movies, but the Matrix universe extends hundreds of years before and after his arrival. While charting the progress of Neo, Trinity, and Morpheus would draw the biggest user base, Telltale has been wise enough in the past to stray away from existing stories. A more interesting and challenging move that fits Telltale's style would be to chart the beginnings of Zero-One - the land machines were banished to before they rebelled - and the ensuing discussions, decisions and actions taken by the human world that led to the Machine War. Sort of a Telltale meets Mass Effect, but with the added knowledge that the choices of people around you will lead everyone to ruin.

A video game adaptation could also shift its focus onto a point in time decades after Neo brokers a truce with the Machines. Zion was ordered to be regularly destroyed by the Architect, usually around the time the human population in the city hit 250,000. This was done so the human world wouldn't pose a threat to the Machines. With the truce in place, Zion was supposed to be left alone. Not only could a game reflect upon the problems of overpopulation in the underground city, but the protagonist could well be part of a brave faction tasked with finding a chink in the Machines' armour.

Why it would be great: Leaving The Matrix through a hard line; Black leather coats from head to toe; Bullets cutting through the air in slow motion; The coolness factor of using the Nokia 8110.

What do you think Telltale could tackle next? Sound off in the comments below or tweet to us @Gadgets_360 with #Telltale.