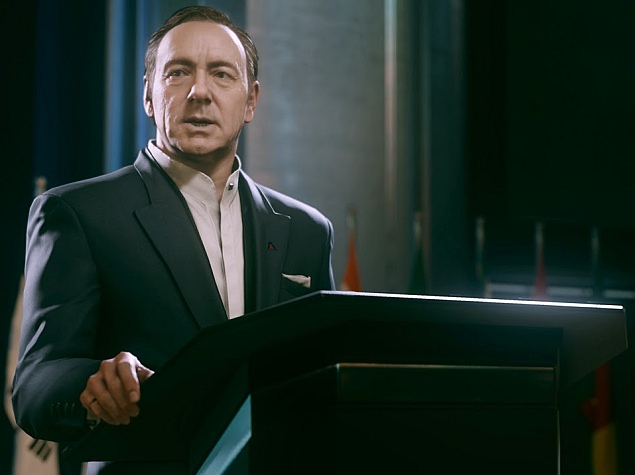 The newest instalment to blockbuster video game "Call of Duty" hits the streets on Tuesday, pitting soldiers of the future against a Machiavellian villain played by actor Kevin Spacey.

Activision Publishing set out to reload the multi-billion-dollar franchise, bringing in studio Sledgehammer Games to put its spin on the title and taking advantage of advanced capabilities in new-generation PlayStation 4 and Xbox One consoles.

"We're shaking up the formula in several ways."

A "riveting new story" was woven into the game, along with "an iconic new character" played by Academy Award-winning actor Kevin Spacey.

Special gear was used to capture Spacey's movements, expressions and more to create a realistic virtual version of him playing the part of Jonathan Irons, a private military contractor intent on ruling the world.

"It's been a lot of fun working with the team to bring Jonathan Irons to life," the Academy Award-winning actor said in a release.

"The technology is truly remarkable and unlike anything I've done before. I'm excited to see where this goes."

Spacey has been quoted saying "Call of Duty: Advance Warfare" is likely to become the first video game he ever plays.

Future soldiers
The game is set in the year 2054, when a private military corporation run by Spacey's character is the dominant power.

Players take on the roles of soldiers with advance combat abilities due to exoskeleton suits and other equipment.

"From the endless research and thousands of production designs, to our incredible focus on the narrative and amazing attention to detail - we're taking nothing for granted," said Sledgehammer co-founder and game director Glen Schofield.

"Call of Duty connects with the fans on such a deep level, and crafting a new vision for the next generation has been so inspiring for us." 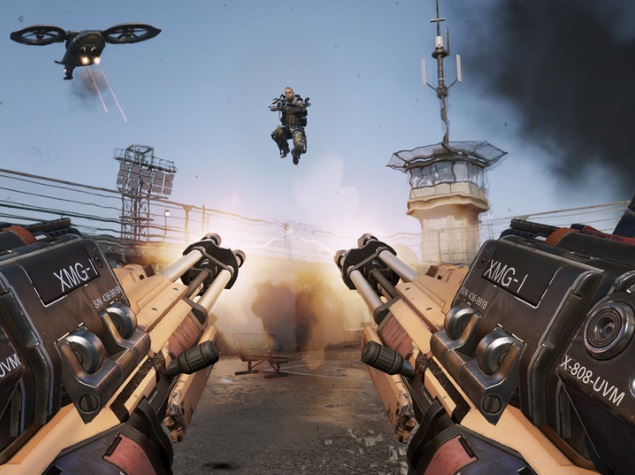 Versions of "Call of Duty: Advanced Warfare" will be available at stores starting Tuesday priced at $60 each. Copies of the game have been tailored for the latest Sony and Microsoft consoles as well as for personal computers powered by Windows software.

Those who pre-ordered "Day Zero" editions get to start playing the game a day early, and enjoy some digital perks.

Stories in the blockbuster "Call of Duty" military shooter franchise are inspired by historical events, according to Activision.

Dictator suit shot down
A California judge recently shot down a lawsuit filed by former Panama dictator Manuel Noriega after his likeness appeared in a "Call of Duty" video game.

State Judge William Fahey sided with video game publisher Activision Blizzard, dismissing a lawsuit that creators of the game had decried as "frivolous."

Activision had asked the judge in September to toss out the lawsuit on the grounds that giving a small part to a Noriega character in "Call of Duty: Black Ops II" was protected under the law as free speech.

The suit filed by Noriega two months earlier accused those behind the video game of exploiting his likeness without permission by making him a traitorous on-screen villain.

"This was an absurd lawsuit from the very beginning and we're gratified that in the end, a notorious criminal didn't win," said former New York City mayor Rudy Giuliani, who was part of the legal defense team.

Activision touted the ruling as a victory for "the 40 million dedicated members of our Call of Duty community."

Instalments of the game have featured Fidel Castro, John F. Kennedy, and Noriega.

Hordes of excited gamers descended on shops across the globe a year ago for the launch of the previous instalment of the game, "Call of Duty: Ghosts."

"Every year the launch of 'Call of Duty' is more than just another product launch; it's a cultural event that draws millions of people together from all over the world," said Activision chief marketing officer Tim Ellis.

The franchise has moved more than 100 million units since the original version was released in late 2003.