Call of Duty: Modern Warfare Remastered - All You Need to Know

Call of Duty: Infinite Warfare is the only new Call of Duty game out this year, but publisher Activision is releasing one more military shooter from the series. Bundled along with the special editions of Infinite Warfare, is Call of Duty: Modern Warfare Remastered. As the name suggests, it is a re-release of the 2007 classic Call of Duty: Modern Warfare. It promises better graphics, the return of its classic multiplayer, and even bots on consoles to liven up the experience. We spent some quality time with the game and here’s everything you need to know. Okay, how big is the download?
Glad you asked! Prepare to sacrifice roughly 39GB of hard drive space and your data plan. The original took up only 8GB but the remastered version is nearly five times bigger. However there is some respite, as the game is playable after downloading 10GB. That's not the full game obviously; just a couple of missions are accessible at that point, and playing the rest requires a full install.

(Also see: Call of Duty: Infinite Warfare Pre-Order and Price Up for India)

Okay, but Activision’s remasters haven’t been the greatest - is this any different?
Surprisingly, yes. The original game is nearly 10 years old at this point, and consoles have improved dramatically since then. There's a huge visual update in the Remastered version. Little touches like hearing the sound of reloading your gun coming from the Dual Shock 4 controller, and gorgeous set pieces that look better than ever, make this is the definitive Modern Warfare experience. Classic missions like All Ghillied Up, Crew Expendable, and Mile High Club look and feel in-line with current generation games. There are one or two points of concern - such as a few obvious jagged edges on surfaces, and the odd rough spot or two - but this is a genuine effort that should make most fans breathe easy. Keep in mind that only the single-player campaign of Modern Warfare is playable right now, and multiplayer will be accessible only when Infinite Warfare is out on November 4. 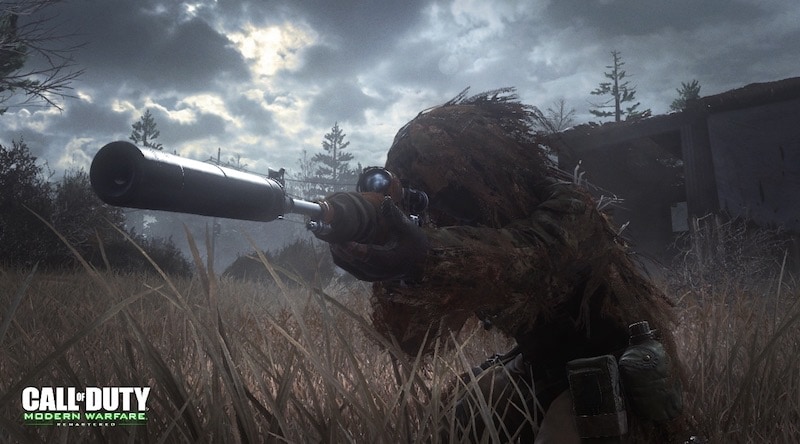 You mentioned Dual Shock 4. Is Call of Duty: Modern Warfare Remastered PS4 only?
For now, yes. Thanks to a marketing deal between Sony and Activision, this remaster is exclusive to the PS4 for 30 days. You can get it for the PC or Xbox One, but then it will only be playable next month. And yes, for now, you can’t buy Modern Warfare Remastered separately. You will need to purchase the Legacy or Digital Deluxe Edition in order to play it. It's unclear if Activision plans to ever offer the remaster as a standalone offering, but for now, it's only available as a part of the bundle.

Do you plan to play Call of Duty: Modern Warfare Remastered right now or are you waiting for it to be a standalone offering? Let us know via the comments.

Call of Duty: Modern Warfare Remastered - All You Need to Know
Comment