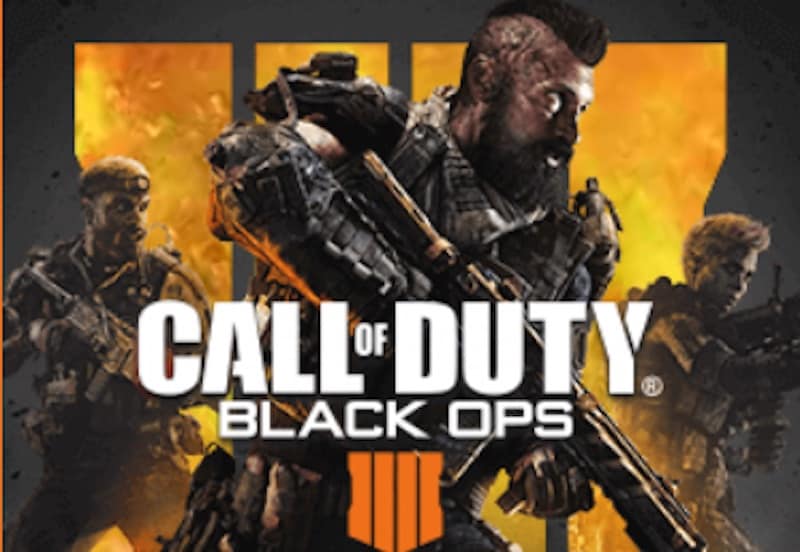 Similar to the Call of Duty: Black Ops 4 beta, the controls felt responsive. It treads the fine line between the slow tactical feel of Rainbow Six Siege and the twitchy run and gun experience that past Call of Duty games imbibed. Unlike the Black Ops 4 beta, you're not going to have access to its Specialists - character classes with unique abilities such as grappling guns or shock drones in Blackout. Instead, you'll glide onto an island cobbled together from iconic Black Ops maps like Nuketown and Turbine and make do with whatever guns, ammo, and armour you'll find. There are some power-ups that you'll come across such as the ability to increase your melee damage or find loot easier, but by and large, it's a rather spartan affair.

While maps in the Call of Duty: Black Ops 4 beta had verticality and winding pathways to give you a reason to use your Specialists' many skills, Blackout's single map is flatter and more straightforward even in comparison to other battle royale games. You won't find lush foliage to lie in wait to gun down your foes as they unknowingly walk past like you can in PUBG. Rarely does the scenery come in the way of a clear shot like it can with Fortnite which lets you build your own structures to obfuscate your opponent's view.

In many ways, the large expanse of terrain and back to the basics focus on kill or be killed ends up being a more compelling experience than Black Op 4's traditional multiplayer modes. This is because you never feel that you're at odds with Blackout. PUBG on Xbox One and PC on the other hand, feels like you're playing against the game and 99 other combatants thanks to the choppy frame rate (regardless of PC configuration or choice of Xbox One), tough to spot items and enemies.

Here in Call of Duty: Black Ops 4 Blackout it's easy to find gear when you enter a structure and it's properly highlighted too, ensuring you know what you're getting immediately. Plus, each gun, health pack, and armour piece seems to placed deliberately. Go up a tower and you'll find a sniper rifle, jump into a rest room or a shed and you'll find health packs. The placement of items is thoughtful and a welcome change from the almost too random nature of what you find in Fortnite and PUBG.

Furthermore, it's easy to tell where shots are fired from due to simple red indicators and you'll never have a problem spotting your foes from a distance or up close. Thanks to the silky smooth frame rate which seemed to be at 60fps for most part on a PS4 Pro, it doesn't feel choppy like PUBG does, even in version 1.0 on the Xbox One X. So in the event someone does get the drop on you, it boils down to how fast you can react and your weapon proficiency more than the gear at your disposal, making each encounter seem fair.

Our issues with Call of Duty: Black Ops 4 Blackout are minor. Driving some of its vehicles like trucks feels more sluggish than they should be, and seems to look less flashy than its other modes, which is perhaps the price to pay for its large scale.

However the biggest issue with Blackout is the fact that it comes with Call of Duty: Black Ops 4 which has a starting price of Rs. 4,699 ($60 in the US) making it more expensive than most big budget games like Spider-Man and Assassin's Creed Odyssey. That's before counting its season passes, DLC, and other micro-transactions developer Treyarch will add. This makes Call of Duty: Black Ops 4 Blackout the most expensive in its category. Comparatively, Fortnite's battle royale mode is free and PUBG costs $30 (Rs. 999 on PC and Rs.1,900 on Xbox One).

Granted it's exceedingly polished for a beta, but it also means Blackout's biggest problem is being saddled with Call of Duty which could limit its appeal rather than enhance it when you consider how successful PUBG and Fortnite have been with massive player bases. Could it end up being a free component like Fortnite Battle Royale? It seems that series publisher Activision isn't interested in taking that risk, promising a wealth of updates post-launch.