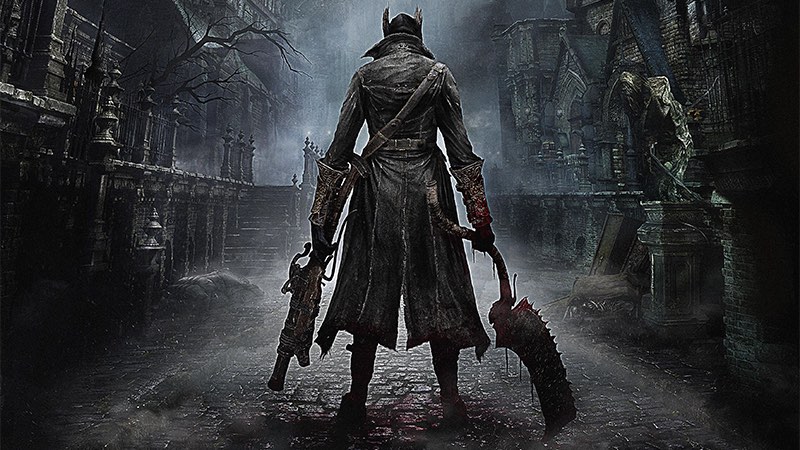 Game development in India has continued to operate in a state of flux over the years. The one part of the industry that is still going strong is studios that carry out outsourced development of parts of games. This is particularly true when talking about the creation of art assets that are used in big budget console and PC titles. One of the oldest - and perhaps the most successful Indian companies in this space - is Gurgaon-based Lakshya Digital.

Lakshya's art has been used by some of the industry's biggest hits, including Metal Gear Solid V: The Phantom Pain, WWE 2K16, and Bloodborne. It’s also providing its services to the upcoming Xbox One and Windows PC exclusive Sea of Thieves. Gadgets 360 spoke to Lakshya co-founder and CEO Manvendra Shukul to know more.

PS4-exclusive Bloodborne is regarded as one of the greatest games of the generation. It was developed by Japan’s From Software - the studio responsible for the Dark Souls series - and it is seen as one of the rare titles where visual aesthetic (goth-inspired) and narrative themes (based on horror stories) merge seamlessly with its gameplay. For Lakshya, the game resulted in some important lessons.

“[Bloodborne] helped us understand what goes into the production of that nature," says Shukul. "We've learned from working on such a complex title. It helped us on gearing up with the inefficiencies in our development pipeline ,and working with developers and publishers more efficiently.”

Bloodborne was also one of Lakshya's first Japanese projects. The experience underscored its weaknesses, particularly with no Japanese speakers at the company during the time. Translators weren’t too helpful either.

“They have something in their mind which is very difficult to articulate especially in our case, we're a non-Japanese company working with a Japanese company," says Shukul. "A lot can get lost in translation. Yes, you work through interpreters and translators and a lot of that happens.”

“Ultimately if the people [in your team] don't speak the native language you're working with, it's difficult," he adds. "Obviously translators aren't going to be people who understand the industry. A lot of times things get lost and iterations happen because you did not get it right the first time.”

Despite having to work on art assets for the game multiple times due to the language barrier, Lakshya’s perseverance appears to have paid off. Shukul claims that of the five big titles the company is now working on, three are from Japan. Though he can’t reveal which ones, due to confidentiality agreements, he’s keen not to repeat the same mistakes either. That's why, after its experience with Bloodborne, Lakshya set up an office in Japan, and hired local staff.

“One of the key things we missed from last time was that we did not have any native Japanese account managers who are from the games industry who could work with us, be that bridge for us, understand what is required and then that translation of what is required," says Shukul. "That was a big gap that we had which we have since then built up quite well. Now we have our own native art directors sitting in Japan.”

The more things change...
In October 2014, Lakshya was acquired by Dublin-based Keywords Studio for $4 million (approximately Rs. 25.5 crore). However unlike the acquisition of Indiagames by Disney, or Xerces by JetSynthesys, both of which brought big changes to the studios, it’s been business as usual for Lakshya. That's a rarity, considering the nature of most game studio buyouts in India.

“That's the best part of the whole thing, no one seems to remember that Lakshya was bought by Keywords," laughs Shukul. "That's fantastic, everyone had a lot of apprehensions when all of this happened but today, even internally, people have forgotten that we're part of Keywords. Because nothing has changed.”

"The Keywords management has stuck to their guns in terms of what their vision for Lakshya is, and making sure they don't interfere at all,” he adds.

This made us curious about whether Lakshya had plans to follow up Rage Warriors - a fighting game that was developed by the company, and published by Reliance Games. Much like the last time we met, now too, Shukul says he doesn’t see it happening. Rather, he prefers to talk up the potential in outsourcing, with plans to double its business in the next three years.

“All my focus personally, if this is my goal in 2020 - to be double of what we are today, that's what I'm going to focus on," he says. "With new tech in AR, VR - everything has opened up. Because of the potential in that at the back of my mind I always think ‘I think I should make another game’ but when you look at the possibilities in front of you, there's so much that can be done right now rather than doing something new which has its own set of unpredictable things, unforeseen issues.”