This educational game gives you an interesting glimpse into the field of marine biology.

Beyond Blue puts you in the role of a deep-sea diver, discovering what’s hidden in the depths

Beyond Blue on iOS is an enjoyable, educational, relaxing game that you can play if you're a subscriber to Apple Arcade, the company's subscription-based games service. It works like Netflix for games, and just tried one of the latest releases, which is a fitting match for Earth day. Beyond Blue offers an engaging and educational approach to marine biology, set in a futuristic, scientifically advanced world.

In Beyond Blue, from developer E-Line Media, you are Mirai, a deep-sea diver and marine biologist. The game follows a gentle narrative, putting the focus squarely on gameplay and visuals, giving the player a unique perspective that is both educational and fun. Here's what we thought about the new game on Apple Arcade, which we played on our iPad mini (2019). 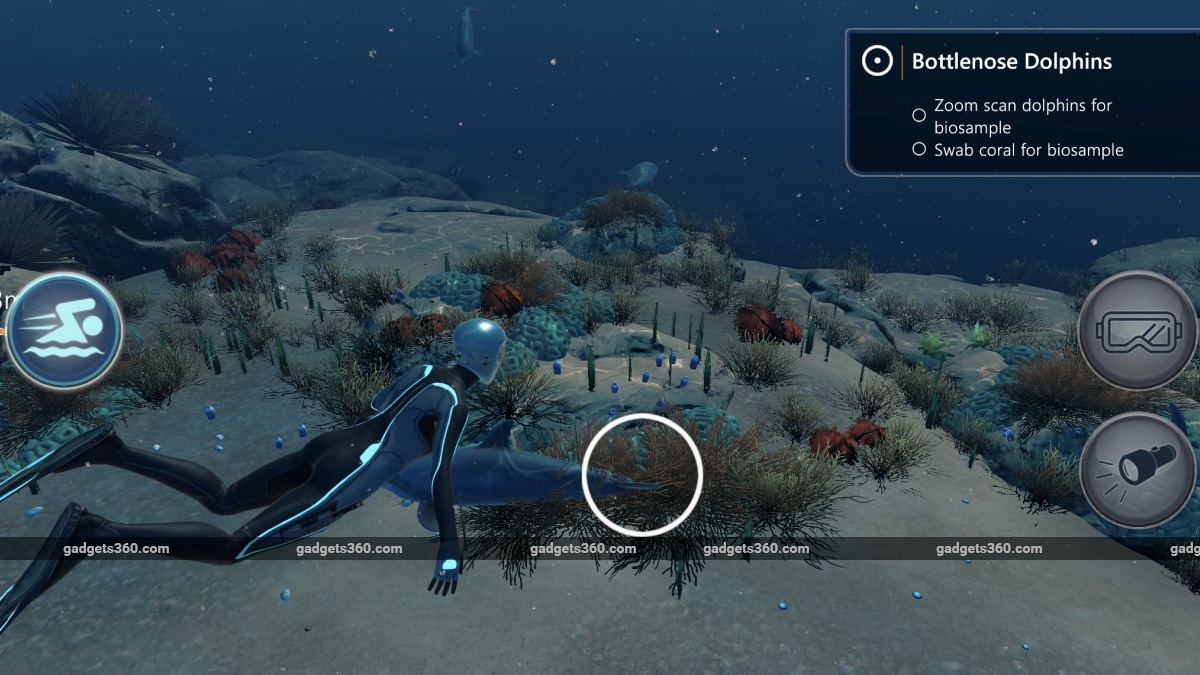 The game puts you in charge of Mirai, a deep-sea diver and marine biologist

The game starts with an introduction to the main character; Mirai is a deep-sea diver and explorer, coming from a family that has been deeply connected to the sea. The company she works for is OceanX, based on the real-life OceanX which is known for its exploration and camera work in the deep seas. She works with two team members, Andre and Irina, and lives in a futuristic submarine that she launches her dives from.

The early levels of Beyond Blue introduce the gameplay and controls effectively, as well as the visually splendid atoll where Mirai and her team are carrying out their research. There is a gentle story that delves into Mirai's family and connections, and explores topics related to human activities that could have a harmful effect on marine life.

Lockdown: Popular Multiplayer Games You Can Play With Friends and Family During Coronavirus Outbreak

While the core of the gameplay has Mirai in a futuristic dive suit out in the ocean, a part of it deals with her interactions with the outside world from within her submarine. While on dives, Mirai's interactions with Andre and Irina also shed light on the way various sea creatures live and thrive, adding to the educational aspects of this game.

A bit of walking, a lot of swimming

The controls work like many other role-playing games built for touch-screen devices, with your two thumbs controlling movement; your left thumb moves in whichever direction you choose, while the right controls the camera (and to some extent, the direction as well). Other controls are on-screen and will need you to lift either thumb off to toggle. This includes activating the marine scanner and flashlight or deploying the drone for close up shots and scans. 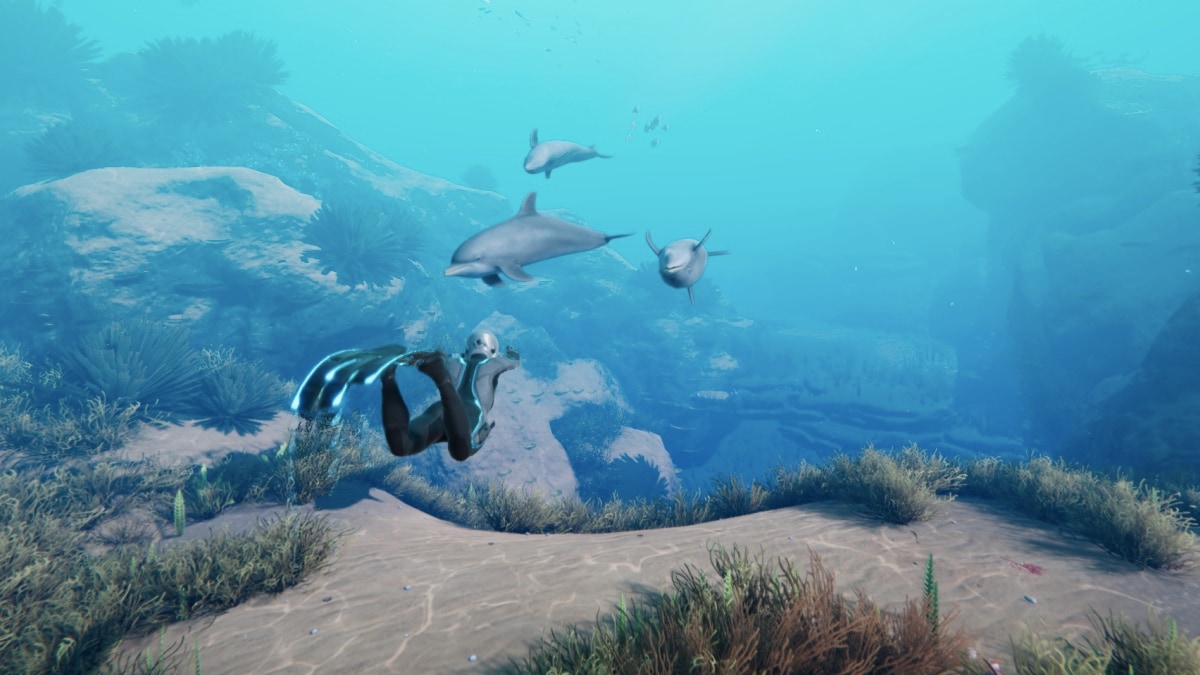 You'll come across all sorts of fish, whales, and other sea creatures

When you're in the submarine, all you need to do is walk around and examine objects, communicate with the team and family members, and get into dives when you're ready. On dives, there's a lot of swimming to do, as you move between waypoints to complete goals. The controls of Beyond Blue are a bit fiddly, but the game never puts you in a situation where you need to act fast; you have all the time you need to complete objectives.

Be the marine biologist you always wanted to be

The core gameplay experience of Beyond Blue has you doing the work of a marine biologist, but the futuristic setting and the fact that Mirai is a certified deep-sea diver helps get a lot more done than what most real-life marine biologists can accomplish. Tasks include investigating sounds both living and mechanical, picking up and deploying sensors, scanning sea creatures, collecting samples, and creating a log of the marine life in the atoll.

Although the primary goals of each mission guide you in the general direction you need to go, spotting and scanning all the marine life in the atoll is the educational side mission that keeps this game engaging. Every time you spot some marine life, you need to activate your scanner to log it. Once you're back in the submarine, you can closely study all the creatures you've spotted, which includes fish, whales, and molluscs.

The game is visually stunning and rather heavy when it comes to storage needed, taking up close to 3GB on an iOS device. However, the game is still in its early days, and we noticed a few issues. Despite playing on the capable iPad mini (2019), the device heated up and the battery drain was significant while playing. This also led to the game crashing on occasion, and we lost some saved progress on one of those occasions. Perhaps the developers will fix this with updates, but for now it was a bit of a problem. 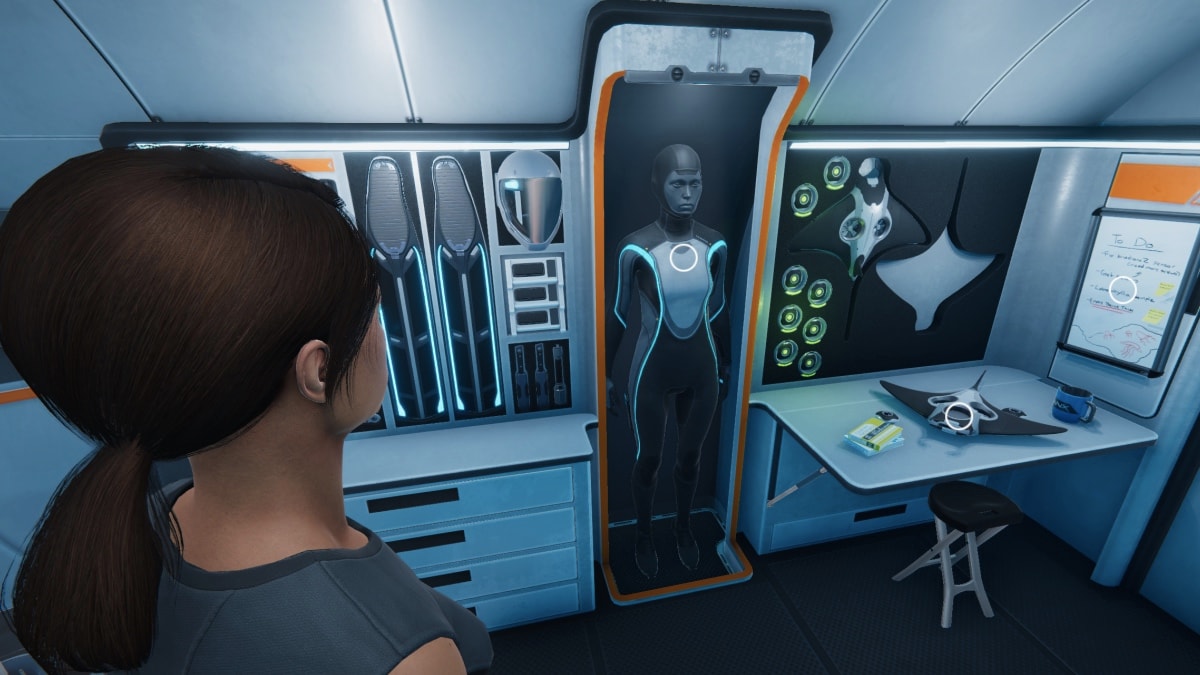 Inside the submarine, there isn't much to do beyond communicating

Should you play it?

Apple Arcade plays host to some of the best mobile games you can find today, and Beyond Blue is no different. The family-friendly approach to games, similar to last month's Spyder, means that the platform has yet another game that every member of the family can enjoy. This one isn't just stylish and childish arcade gaming though; Beyond Blue is a simulation that hopes to educate you while you play.

Indeed, the premise of marine biology in a game is a fresh and unique one that we haven't seen before. The educational aspects blend nicely into the gameplay, and we felt ourselves come away with new knowledge about the sea without the distinct feeling of having been ‘schooled'. There are bugs in the software that we hope the developers fix soon, but that aside, Beyond Blue is worth your time.