Diablo 3: Eternal Collection made it to our shortlist of best Nintendo Switch games of 2018

Here are our picks for the best Nintendo Switch games of 2018.

Diablo 3: Eternal Collection is the first Blizzard game to come to a Nintendo console since 2003 and what an entry it is. Diablo 3 is an old game at this point, but it is the first time the game made it to a portable console and we loved every moment of it.

Diablo 3's not like most RPGs because it has shorter quest lines and is better suited for playing in short bursts as opposed to long gaming sessions. This makes it perfect for playing on the go and Blizzard did a great job of optimising the port for the Nintendo Switch, holding a steady frame rate even when hordes of monsters populate the screen. 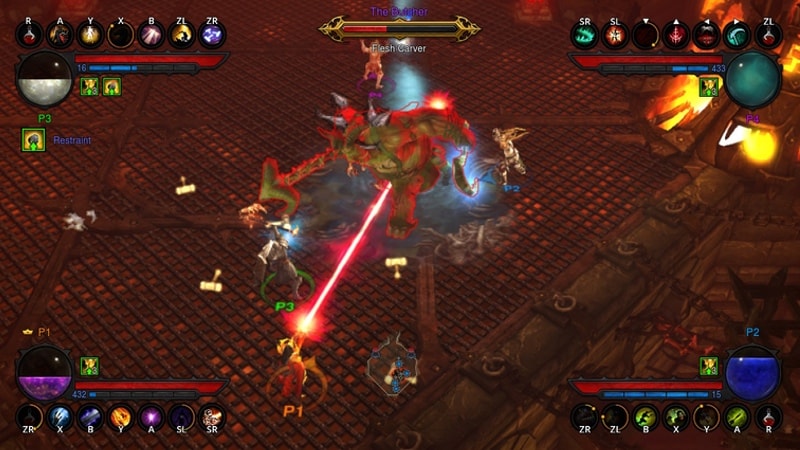 Fans of Diablo 3 have been raving about the Switch version for good reason — every character class and every quest has been faithfully recreated and we're extremely pleased to have such a high-quality port on our favourite portable gaming console.

Super Smash Bros. Ultimate is the only first-party title on this list of best Nintendo Switch games of 2018, thanks in no small way to the fact that it has 74 playable characters, including all characters to have featured in the franchise's illustrious history. Super Smash Bros. Ultimate is an excellent fighting game with a top-notch combat experience, an amazing soundtrack, and an excellent story mode. 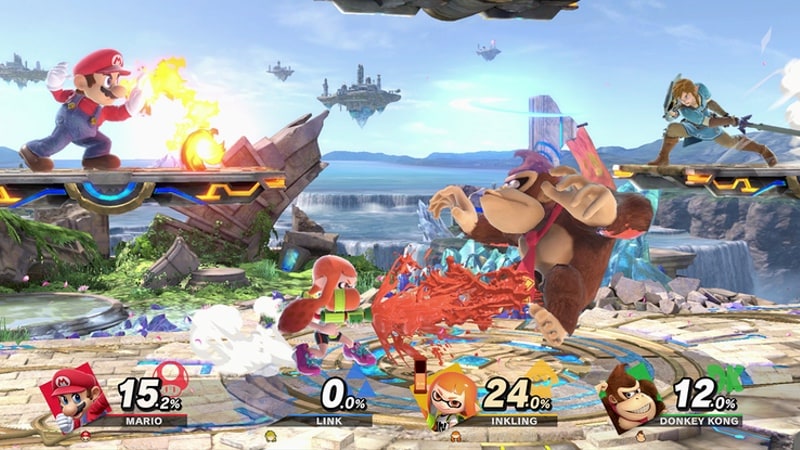 Super Smash Bros Ultimate's online mode isn't great, but the game is one of the best titles on Nintendo Switch

Unfortunately the online experience and the game's user interface leave a lot to be desired, otherwise this game would be right up there with Super Mario Odyssey.

Warframe isn't a new game by any means. In fact its existence predates the Nintendo Switch by almost four years, since it debuted on the PS4 and PC in 2013. Don't let that stop you from playing it though.

The game has you in the role of a space ninja known as Tenno taking on intergalactic pirates in a variety of heist, espionage, and rescue missions. Despite having a rather deep backstory, Warframe remains accessible due to the pitch perfect controls that making zipping across the game world a breeze and satisfying gunplay.

These don't come as a surprise given developer Digital Extremes' pedigree, crafting the Unreal Tournament series of shooters, what is a surprise though, is how good Warframe looks on the Nintendo Switch. Be it in docked or handheld mode, it's a treat for the eyes, and the extent of its technical achievements are only bolstered by the fact that the Nintendo Switch is essentially built on mobile hardware. 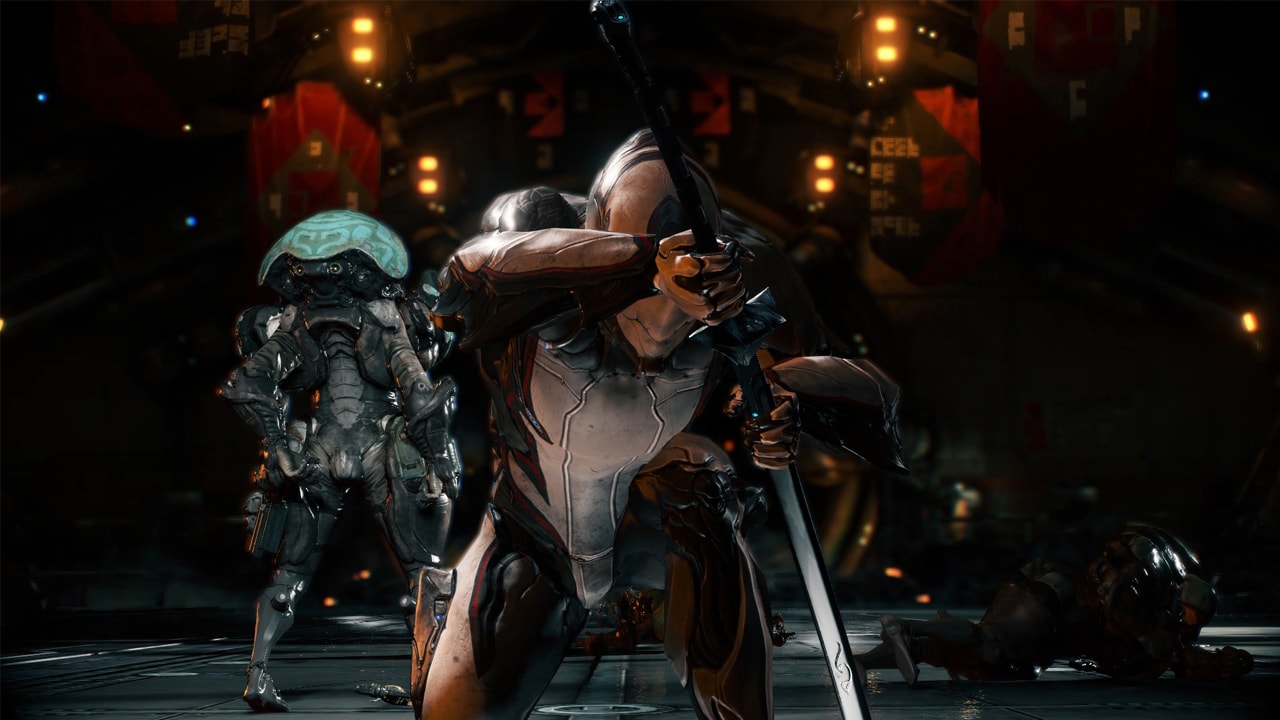 Warframe is an immersive free-to-play game, and one of the best games on Nintendo Switch

From lush open locales to firefights in industrial complexes, Warfare on the Nintendo Switch doesn't just play well, it looks great too. And the best part? It's free to play. An anomaly when you consider that the best of what the Nintendo Switch has to offer is usually paid.

Overcooked 2 is a cooking simulator that is designed for couch co-op and guess which gaming console is ideal for that? Nintendo Switch it is. 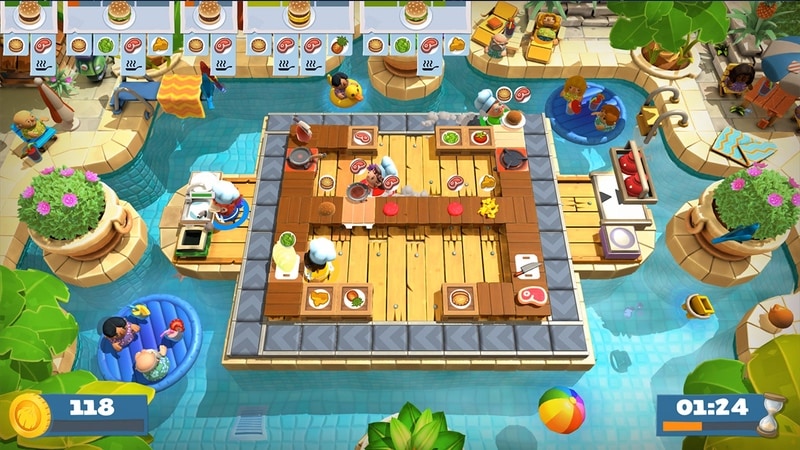 Overcooked 2 is frantic and perfect for co-op, making it one of the best games on the Nintendo Switch

You can take the console anywhere and start an Overcooked 2 co-op session, which involves frantically rushing around gathering ingredients, cooking, cleaning, and serving your culinary masterpieces. This game has a story mode that is challenging, but not too strong on the plot. It may not sound like much, but this is one of those games that's difficult to explain but a joy to play.

We recommend this game for the best local multiplayer experience for casual players on the Nintendo Switch, after Mario Kart 8 Deluxe that is.

Aegis Defenders is one of our favourite indie games that released on the Nintendo Switch in 2018. This game is half action platformer and half tower defence with a retro 16-bit aesthetic.

Aegis Defenders takes its lore very seriously and if you want to know more about the world, there are enough cutscenes and bits of information to be unearthed to keep you hooked. We absolutely love the art style and the storytelling in this game, which is as good as that on any game we've played on the Switch. The best games on the Nintendo Switch aren't always the most popular. Aegis Defenders is an underrated classic

The overall experience remains fresh even after hours of play, which is another feather in this game's cap. It's not a name that anyone can immediately recall when they think of the Nintendo Switch, but Aegis Defenders is just that — an underrated classic.

Which is your favourite Nintendo Switch game of 2018? Let us know via the comments.