Ashes Cricket is perhaps the finest cricket game available right now and Cricket Australia has a lot to do with it. Cricket Australia (CA), of course, is the body that governs cricket in Australia and it has taken an active interest in video games to promote the sport. Last year, the board invested in the Big Bash League game for Android and iOS and was blown away by the results, particularly because it got 3 million downloads from India and 5 million overall, Cricket Australia representatives told Gadgets 360.

Big Bash League, of course, is an Australian T20 tournament where teams can bring in players from other countries but it’s primarily a showcase of the best talent Australian domestic cricket has on offer. Considering the Big Bash League has no real Indian connection, those are pretty good download numbers.

This year, with Ashes Cricket for PC and consoles, and the upcoming Big Bash Cricket for mobile, Cricket Australia is betting big on video games. Gadgets 360 spoke with Chris Simpson and Apurwa Sarve, strategy managers who head the gaming vertical for Cricket Australia, to find out why the board made this move.

“So the case study that we used is FIFA," says Simpson. "Some statistics we used last year about FIFA promoting awareness of soccer among people who are casual soccer fans or not even fans at all… I know that FIFA has done a fantastic job of popularising the sport.”

“We don’t need to prove to people that we will get people off the couch and into the field," he adds. "We just need to prove that they’ll be playing cricket instead of Call of Duty. Learning the players’ names, you know walking on as David Warner.” 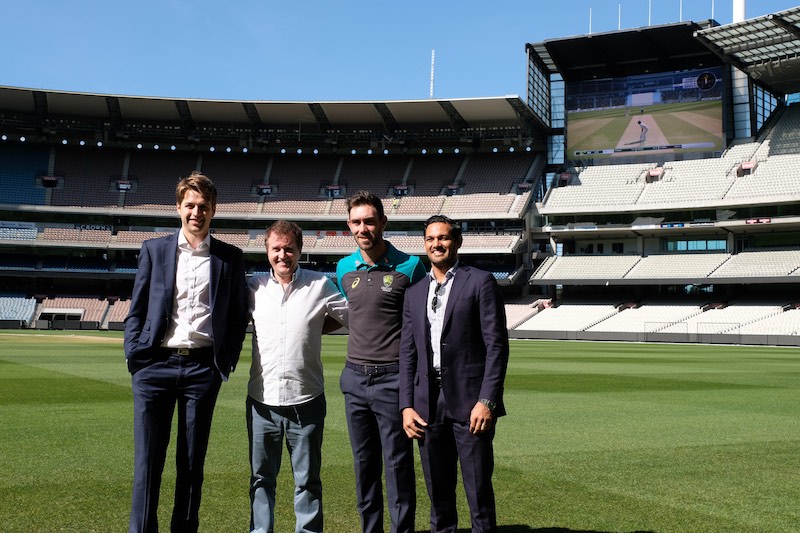 The motivation behind this is to keep teenagers involved with the game, as outdoor sports are now in direct competition with so many other forms of entertainment, be it gaming, TV shows, or even social media giants on the Internet. “We’re finding a real drop off in kids playing physical sports between the ages of 13 and 18," Sarve adds. "If they’re not going to be engaged with the game physically at that age then let’s get them engaged with it digitally so they remain involved with the game longer and may even take up cricket in their early 20s.”

To understand why this is important to Cricket Australia, you need to understand the way Australian sports schedules work. Australians play a lot of sports and cricket faces stiff competition from Australian rules football and rugby. These two sports dominate the winter season, so cricket stands its best chance during the summer, which is why most series in Australia (including The Ashes) take place between October and March. Cricket Australia believes that video games allow it a foot in the door in the winter, when cricket matches aren’t played in Australia. To realise its vision, Cricket Australia got in touch with Big Ant Studios, the Australia-based developer of the Don Bradman Cricket games.

“The first thing we did was in May 2016. We saw that Bradman 2017 was out (later that year) and that was the world’s best cricket game. We sent a cold email to Ross (Symon, the CEO of Big Ant),” says Simpson. It was too late in the development cycle for CA to influence Don Bradman Cricket 17 much, but with The Ashes scheduled for 2017, there was an opportunity for the board to reach serious gamers.

“It would have been really easy for us just to say, ‘Re-release Don Bradman Cricket 17 with licensed players,’" he adds. "We played a lot of Don Bradman, we play a lot of cricket and we wanted to make sure that the batting animations were realistic.” 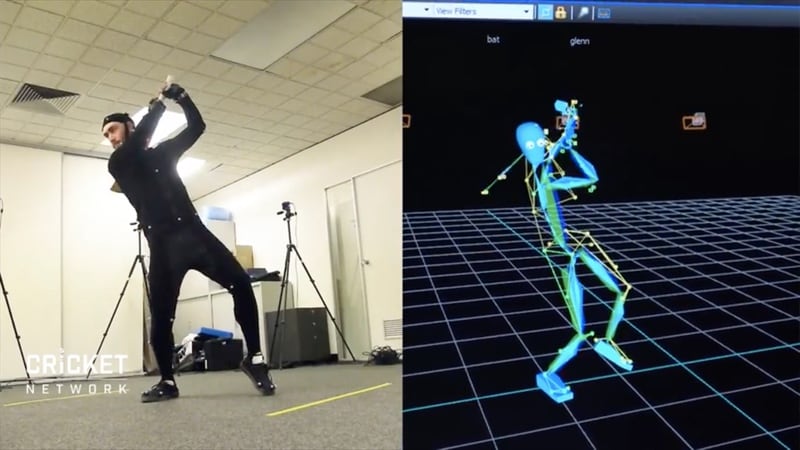 “There was a cut shot in Don Bradman that was very weird. We were walking around the studio and saying, ‘You wouldn’t play a yorker like that, it wouldn’t go to third-man or fine leg,’" Simpson explains. "We spent a lot of time annoying Big Ant with this, standing over their shoulder. We’ve got different types of bowling animations as well. Different styles of bowling — wristy style, rigid, et cetera.” It’s clear that Cricket Australia added a lot more than just licensing to Ashes Cricket, and we even mentioned this in our review. The Nice, Garry meme is in the game and so are authentic fan chants, such as those from The Barmy Army.

The player stats for Australia you see in-game come via CA too. This includes skills ranked on a scale of 0 to 100, apart from each batsman’s strongest and weakest shots, and bowlers’ best and worst types of deliveries. “Our high performance unit worked directly with the male and female teams," says Sarve. "Our teams worked to provide real life sports science data to come up with strengths and weaknesses of the players.” A spreadsheet with some 30-odd points was used to map this data for each player.

Licensing is a big part of creating an authentic experience. Ashes Cricket opens a window of opportunity for the England and Wales Cricket Board (ECB) to try something similar in the future. Sarve and Simpson say that Cricket Australia has a great relationship with the ECB, but the developer of the game is practically in the board's backyard. That helped in the development of the game and the two hope that the ECB will do something similar for the 2019 Ashes, which will be held in England.

While FIFA has been proactive in striking licensing deals with EA for its games, the same can’t be said about cricket boards around the world, including ICC, the international governing body of cricket. At the moment it’s just Cricket Australia that’s pushing for better cricket games, but if the game is successful, perhaps more boards will join in, prompting the ICC to invest in this space. “We would love to have everyone. Next teams touring, next summer are an obvious target,” says Simpson. 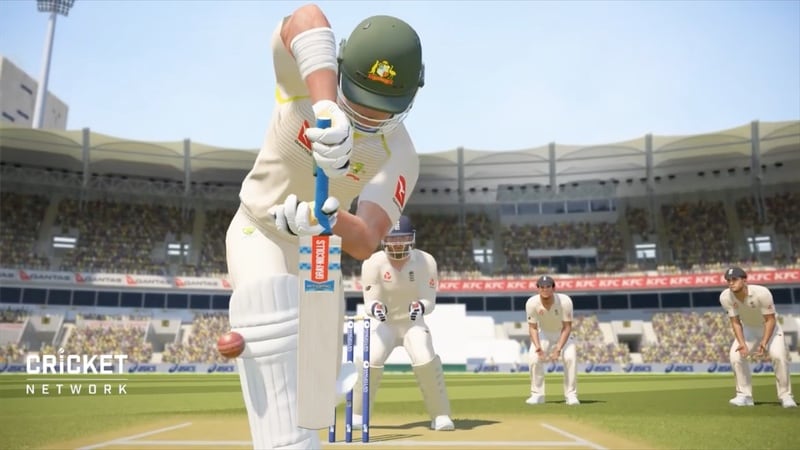 Going forward, CA wants cricket games to be a part of eSports tournaments, although it hasn’t yet figured out how to make these games very watchable for an audience. Both Sarve and Simpson feel that even a T20 game may be too long for eSports, but they say that the online mode in Ashes Cricket allows people to choose their matches and the community could determine the most popular format for online competition.

From Big Bash to Ashes
CA’s gaming vertical could push for investment in Ashes Cricket only because of the success of Big Bash League on mobile. “After the launch we hope that other (cricket) boards come knocking on our door," adds Sarve. "If not, we’ll knock on their doors," Simpson interjects. "The game just released globally, let’s see what happens in couple of months," Sarve continues.

In the first year, the primary objective of Big Bash League’s mobile game was to prove that there’s room for a cricket game. There were no ads and no real monetisation strategy, barring a link to buying tickets. This year, Big Bash Cricket will feature direct monetisation through non-invasive advertising, Sarve says. Both Cricket Australia and Big Ant are focusing on user experience and that means their priority is non-invasive advertising.

“The game screen will be completely clean, not like watching cricket in India where you see ads between balls," Simpson quips. For Ashes Cricket, Cricket Australia says fans want an authentic experience down to real logos of sponsors on the boundary boards and near the scoreboard. Ashes Cricket has some of these but at the moment there’s no monetary benefit involved. “We are talking to sponsors and saying this is a great opportunity for you guys but we are in very early phases,” Simpson says. He does promise that the board doesn’t want to take unpopular routes of monetisation. “No lootboxes. Never any lootboxes,” he adds. 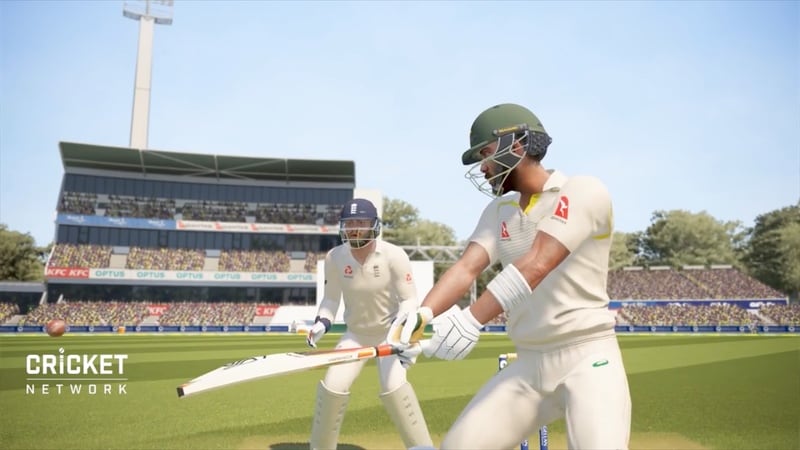 How Star Wars Battlefront 2 Highlights Everything Wrong With EA

Sarve says this year the goal with Big Bash Cricket was to grow the brand of the league and clubs. “In Big Bash Cricket we have got game modes to incentivise people to come back every day. We would love to have 3 million Indians knowing the names of all the players in various teams. It’s a high priority for 2018 — promoting the game.”

The game is going to be promoted on Australian networks broadcasting Big Bash League (BBL) and it could be a big opportunity particularly for WBBL — the Women’s Big Bash League. Sarve says 12 percent of all games played in last year’s BBL game on mobile were WBBL games. This year, the promotion on TV and online could help boost that number and the popularity of the WBBL.

“Investment in this season’s Big Bash game is 5X of what we did last year,” Sarve adds, even though he’s reluctant to share how much the amount is.

For Ashes Cricket, Cricket Australia’s investment was more in terms of the time spent in ensuring that the game meets its quality standards, Simpson adds. “We’ve entered into a partnership with Big Ant, it’s a licensing model. We charge Big Ant a minimum guarantee for licensing. We were very conscious of making sure that this was a very small amount. FIFA didn’t charge a minimum guarantee for the first five years,” he says.