AMD on Gaming in India: Hardware, Software, and Pandemic Trends 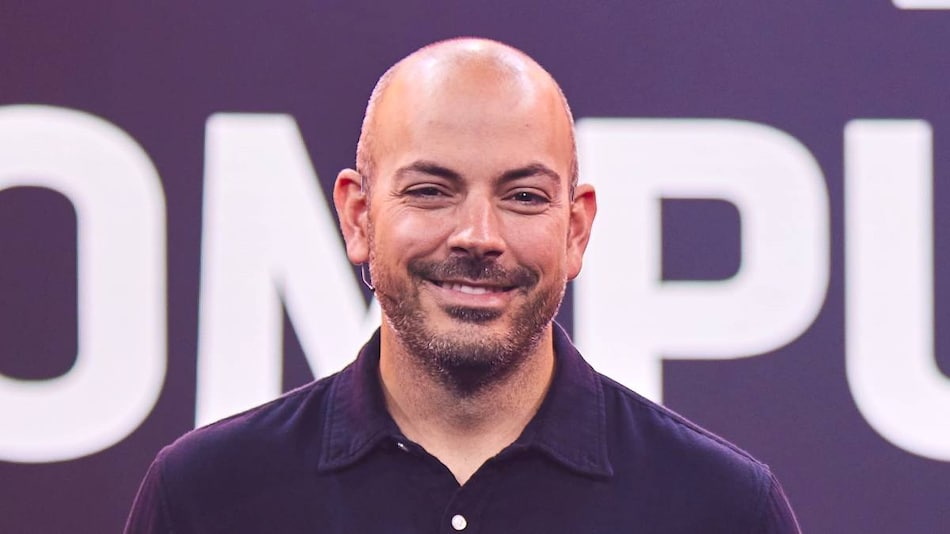 After reigniting competition in the desktop and laptop CPU markets with multiple successful generations of Ryzen processors, AMD is now focusing on the GPU space with its latest Radeon RX 6000 series. Gaming is one of the priorities that AMD has identified for itself, and in 2019, the company brought in Alienware co-founder Frank Azor, who now serves as Chief Architect of Gaming Solutions. Mobile and desktop PC gaming has seen major growth over the pandemic period, and Gadgets 360 asked Azor about what's going on at AMD, what's still in store for us.

Gadgets 360: How have things changed for PC gaming since lockdowns began globally in early 2020? Have you seen any trends emerge specifically in India, and how has AMD responded?

Azor: When the pandemic set in last year, many traditional recreational and entertainment activities became unavailable to people. This made gaming a popular choice for individuals to virtually engage with other players worldwide, attend in-game events, and make gaming a serious hobby. In 2021, we are seeing demand continue, which is further driven by consumers becoming more discerning about their DIY PC builds and laptop preferences. As they spend longer hours indoors, they want to invest in more premium designs for gaming and content creation.

In most countries, including India, the demand for laptops arose from the need to move from one PC per home to one PC per person. This also led to consumers choosing laptops with desktop-grade performance for gaming, content creation, everyday workloads and entertainment.

With changing consumer behavior patterns, AMD has been in a good position in powering next-generation devices – new desktop processors, graphics cards, and consoles. We also joined with OEMs to launch hero and premium laptop designs across the ultrathin and premium gaming categories for students, professionals, and gamers. We created the AMD Advantage design framework to deliver the next generation of premium, high-performance gaming laptops.

Given that the gaming laptop growth trend is being reflected in India, AMD's team is closely working with our OEM partners to expand access to gaming laptops that are thinner and more powerful, and have incredible battery life. In addition, to support the local market beyond products, AMD has been actively associating with multiple e-sports gaming tournaments in India.

Gadgets 360: What is AMD doing to build its brand and awareness in India, especially around gaming? What product segments work well in India, and where are you targeting growth?

Azor: India is a priority market for AMD. India has one of the youngest populations in the world and that translates into the youngest gaming population as well. Better Internet penetration, lower data costs, and increased accessibility to affordable devices are driving unprecedented growth in the gaming sector in India. Further, this has surged with more people at home due to the pandemic.

Our brand building in India, especially for gaming, is largely driven via digital marketing platforms and is resulting in increasing consumers' preference and consideration for AMD products. Our association with partners such as HP, Microsoft, Western Digital & LG in the recent past has helped to amplify our marketing efforts. In India, AMD has been actively associating with multiple reputable e-sports gaming tournaments to establish a connection with the gaming community, and that has been bringing us a lot of traction over recent years.

Gadgets 360: Globally and in India, what trends are driving gaming laptop sales? Is AMD working with PC system integrators in India, and how is that going?

Azor: Gaming bridges entertainment and technology and is a great medium to bring people together to interact and build a community. Increasingly users would rather have a single device they can use for both work and play. In the past, many would debate the validity of purchasing a gaming laptop over a desktop or console, however, thanks to recent technology innovations, gamers can finally get desktop-grade performance in a portable form factor.

AMD's focus is to optimise our hardware and software technologies for competitive esports and AAA game titles that are relevant today and for the games we expect to see in the future. This involves working closely with our OEM partners including Acer, ASUS, Dell, HP, Lenovo, and MSI to bring compelling products to the market. We are working with them to integrate our AMD Advantage value proposition i.e., Ryzen CPUs combined with Radeon GPUs and optimised with AMD Radeon software, and together redefining what the next generation of gaming products will be.

For two consecutive years, AMD has been recognised as India's “Most Trusted” and “Most Desired” semiconductor brand by TRA. This is a great testament to the ecosystem we have built through our relationships with OEMs, channel partners, retailers, and end users.

Gadgets 360: PC components have become expensive and notoriously hard to find due to the pandemic and crypto mining. What is AMD doing to counter this?

Azor: Customer demand remained very strong across our product portfolio in 2020 and 2021. We did add supply throughout this period, which you saw reflected in our growth exceeding expectations, but demand also continued growing. As a result, we did have some supply constraints primarily in the low end of the PC market and in gaming markets. We are focused on working across our supply chain to increase production to meet the incremental demand we are seeing.

Gadgets 360: Gaming laptops with Ryzen CPUs are now in demand, but Radeon GPUs are uncommon and the product stack is not well understood. Is this going to change with the RX 6000 series?

Azor: Gamers tend to be more tech savvy and more knowledgeable regarding their hardware and they want it all – performance, great visuals, faster load times, long battery life, and cool industrial design. We recognise that buying a gaming laptop is indeed a big investment and there is no room for error when it comes to making your choice.

You may have noticed at Computex that AMD's CEO, Dr Lisa Su, announced the Radeon RX 6000M product stack, signalling our return to high-end laptop GPUs. With our AMD Advantage programme, these gaming laptops will deliver amplified gaming performance via our Ryzen CPUs, Radeon graphics, and unique features including Smart Access Memory and SmartShift.

We are very happy with the initial response to the Radeon RX 6000M series and AMD Advantage designs we've introduced – the feedback has been overwhelmingly positive, and we have seen gamers eager to get their hands on these great laptops. We are excited about this new wave of gaming laptops and will continue working closely with our partners to bring more platforms to the market in India and around the world.

Gadgets 360: There are persistent reports of OEMs designing laptops badly, especially in terms of thermals. Will AMD Advantage help counteract this, and what about the market as a whole?

Azor: OEMs will be able to comment better on the design decisions they make with regard to laptops. As we gain share in the mobile space, we will continue to work more closely with OEMs to get the best outcome for our mutual customers. AMD Advantage solutions are unique in that they follow a mutually agreed-upon design framework between AMD and our OEM partners that ensures an optimal overall gaming and computing experience for the end-user.

Gadgets 360: Why was there only one laptop with SmartShift for so long, and will SmartShift now become exclusive to AMD Advantage laptops?

Azor: AMD SmartShift technology is not exclusive to AMD Advantage laptops. It is an important part of the overall design framework that has over 200 different design touchpoints.

Gadgets 360: Will there be an AMD Advantage tier (or equivalent brand) for non-gaming laptops?

Gadgets 360: Are there any specific performance and design targets or thresholds that AMD will publicise, for example battery life, skin temperature, weight and thickness, etc? What are the hard and soft requirements for a laptop to get the AMD Advantage badge?

Azor: Yes, at our launch, we communicated several examples of design framework targets such as FreeSync Premium-class displays with minimum 144Hz refresh rates, LFC (low framerate compensation), and a minimum brightness of 300 nits. NVMe storage drives, and less than 40C WASD keyboard temperatures when gaming, are also a few examples. What's most important about the AMD Advantage design framework is the experience these laptops will deliver to gamers. For example, gamers can expect on average 100fps in the latest games and >10 hours of battery life for watching video. There are over 200 different design requirements and/or recommendations in the existing AMD Advantage framework, and it's continuously evolving.

Gadgets 360: How did FidelityFX Super Resolution come about? Do you see it becoming an industry standard, like VESA adopting FreeSync?

Azor: With FidelityFX Super Resolution, we wanted to develop a cutting-edge, world-class spatial upscaling solution that is fully open-source and can quickly and easily be implemented by game developers.

Developers can expect a low barrier of entry to use FSR, just like our other AMD FidelityFX tools, and the full shader source code is provided for a smooth and flexible integration. As a spatial upscaling solution, FSR does not rely on other data such as frame history or motion vectors, making implementation faster and easier.

FSR is the industry's ideal upscaler – it does not require any specialised, proprietary hardware and is not limited to the latest graphics architectures, unlike competing solutions. FSR is supported across a broad spectrum of platforms and ecosystems for all gamers to experience and enjoy, including both AMD and our competitor's graphics cards, from integrated to ultra-enthusiast.

Most of our developer technologies available on GPUOpen.com are open-source and we are encouraging game developers to embrace FSR. It has already garnered broad industry support – it is available in 13 games already, with more to come. Over 40 game developers and publishers have committed to support FSR in their upcoming titles.

Gadgets 360: What is the appeal of a high-end GPU in a phone, tablet, etc? Will developers target such a tiny niche? Does AMD have major ambitions in the smartphone gaming market, and if so, how long will it take for this level of GPU power to become common across mainstream phones?

Azor: We are excited to be working with Samsung to bring the AMD RDNA graphics architecture to their next-generation Exynos mobile chips. The technology partnership extends Radeon graphics, specifically our AMD RDNA gaming graphics architecture, from PCs, to consoles, to automobiles, the cloud, and now mobile devices. However, we cannot comment further on our upcoming plans.